THE STAR for All Seasons marks a major milestone.

THE producers of Vilma Santos’ latest film, “The Healing,” are making a big promotional deal over the fact that its acclaimed star is marking her 50th year in show business.

We thank them for the timely reminder, but we hope that the truly golden anniversary will be observed with many more celebrations in the months to come. Yes, we’ll be making it a point to catch Vilma’s new starrer when it opens (on July 25)—but, after that, what more should we be looking forward to?

For starters, Vilma’s loyal fans and/or the Film Academy of the Philippines should whip up a major retrospective of Vilma’s best film portrayals. Since she’s known as the Star for All Seasons, the festival should be chronologically representative of her finest or most colorful performances throughout the half-decade she’s been facing the movie cameras. If a print is still extant, it should start with her first starring role as a child star (in “Trudis Liit”), and include her first award-winning stellar portrayal (in “Dama de Noche”).

Aside from quality, the Vilma Santos festival could also celebrate the variety that has characterized her “golden” performing career—a representative teen flick, her “Dyesebel” and “Darna” forays, her period  musical with Joseph Estrada (“King Khayam and I”), her FPJ costarrer (“Bato sa Buhangin”), etc.

Aside from the Vilma film fest, a similar retrospective could be mounted on television, especially by a movie channel. In addition, Vilmanians should come up with a coffee-table book on their beloved star—she deserves nothing less.

What else? We’d love to see Vilma conducting a master class for actors, like the one Basil Valdez did earlier this year for singers. While sharing the tenets, highlights and insights of her long love affair with performing, Vilma would be able to recall choice anecdotes and “secrets of the trade” that should make the long session with her a most significant and eminently viewable event.

So, why don’t her Vilmanians produce and videotape the once-in-a-lifetime sharing, beef it up with a lot of choice period visuals and interviews with the star’s coworkers, and air it as a TV special? 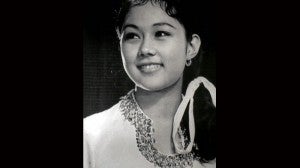 As a sort of postscript, it should be noted that, as Vilma slides into her 50th year as a public figure, she’s making a similarly big name for herself as a politician and public servant.  Thus far, she’s restricted her scope of political activity to local posts like mayor and governor, but her prospects don’t stop there.

What’s up next for everybody’s Ate Vi? Higher political office—like senator or even VP? Whatever happens, we hope that, every couple of years of so, she will continue to gift us with another memorable screen portrayal, to further enhance her already exceptional filmography. She’s simply too good a thespian to surrender completely to politics.