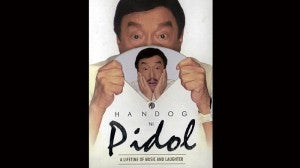 It’s interesting to note that Dolphy started his show biz career at age 16, as a chorus boy in a vaudeville revue at the old Avenue Theater in Manila, and that he auditioned by showing off his dancing skills.

He was understandably thrilled when, at age 82, he released his one and only full-length CD, “Handog ni Pidol: A Lifetime of Music and Laughter” (PolyEast Records).

“This is my recuerdo (memento) for everyone who loves me,” he told the Inquirer one afternoon in November 2010, as he held the first few copies of the CD brought by the record label bosses to his Parañaque residence.

“Handog ni Pidol”—now a collector’s item after the legendary Comedy King passed away on Tuesday night—is significant for several reasons.

First, it gave Dolphy the opportunity to sing the songs he loved listening to—pop standards in the Great American Songbook, a number of which were wonderfully arranged by Mel Villena, who gathered his cohorts in the AMP (Asosasyon ng Musikong Pilipino) band to record the music.

The mood in “The Way You Look Tonight,” for instance, can trigger nostalgia among the elder generation of jazz lovers; on the other hand, young music fans are bound to discover that Dolphy is, indeed, a respectable singer who knows what phrasing and improvisation are all about.

Second, the CD lets listeners experience the musical ties that bound Dolphy to the last woman he loved, Zsa Zsa Padilla, and their daughter Zia. In the third track, “You’re Just in Love (I Wonder Why),” Dolphy and Zia engage in counterpoint singing; this is followed by “You Make Me Feel So Young,” a duet with Zsa Zsa in which Dolphy slips in a cute ad lib (“Oh, Zsa Zsa, you look so yummy … pakiramdam ko’y …) before singing the first verse. 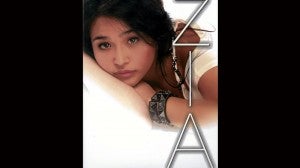 Though the album opens and ends with a romping take on a rock ‘n’ roll classic, “Tequila,”  which Dolphy plays around with as a prelude (“Sunrise”) and prologue (“Sunset”) to getting happily drunk, a coda—“Handog”—offers a sobering thought on the lasting legacy of the guy dubbed Comedy King.

With this record, the song-and-dance man came full circle.

In a similar vein, the release of Zia Quizon’s self-titled debut EP—incidentally in the same year, with the same record label—symbolizes Dolphy and Zsa Zsa’s genetic influence on their daughter. Though consisting only of six tracks, “Zia” offers convincing proof that her future as a singer is secure.

A mix of covers and originals, the record scores a high point in Jungee Marcelo’s “Ako na Lang,” whose light and breezy jazz arrangement is elevated by Zia’s alluring, full-bodied vocals.

Her rendition of “Mambobola,” first recorded by her mom in 1986, is given a touch of bossa nova.

In her thank-you notes, Zia acknowledges her dad’s “wonderful taste in music.”