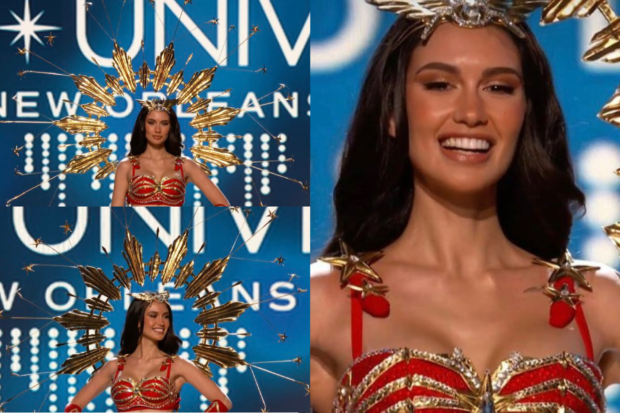 No less than “Darna” actress herself Jane de Leon and the family of Mars Ravelo gave their seal of approval to Celeste Cortesi as she paid homage to the Filipino super heroine at the 71st Miss Universe preliminary competition.

During the national costume competition, Cortesi stunned in a bright red bikini adorned with gold embellishments on each brassiere cup and medallion belt with gold-lined loincloth, finished with red gloves, knee-high boots, and a gold winged head piece. A dramatic back piece was likewise attached to her costume that is reminiscent of the sun on the Philippine flag.

The costume inspired by the iconic Filipino superhero was created by Filipino designer Oliver Tolentino, while the headdress and metal accessories were made by Jerome Navarro. 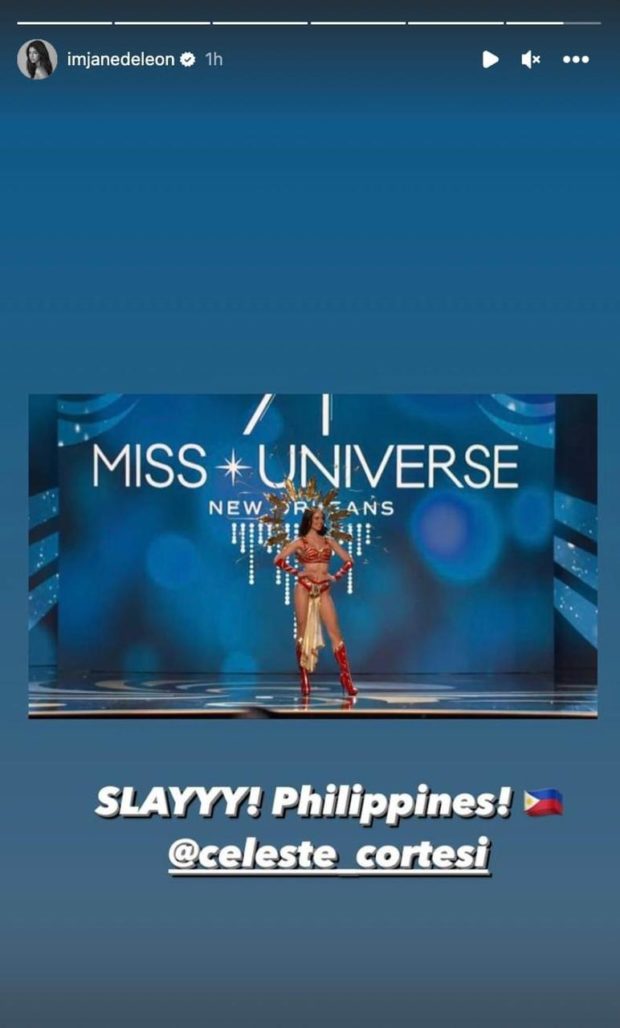 Meanwhile, JRB Creative Production, the production team behind the ABS-CBN series “Mars Ravelo’s Darna,” also expressed its support for Cortesi as she donned the Darna-inpired ensemble.

The production house thanked Cortesi for “championing Darna on the world stage” through a statement released on its official Instagram page on the same day.

“We are proud of Miss Universe Philippines 2022 Celeste Cortesi for championing Darna on the world stage through the 71st Miss Universe national costume competition,” it said.

According to JRB, the family of comic book novelist Mars Ravelo also took pride in Cortesi’s tribute to the Filipina superhero, as well as comics artist Nestor Redondo.

“The Ravelo family extends their full support, gratitude, and excitement for the opportunity to show Darna to a global audience through our country’s official Miss Universe representative,” its statement read.

The production unit hoped that Cortesi’s performance at the pageant would serve as an inspiration to women.

“We hope that, like our beloved Filipino superheroine, Celeste will continue to serve as a source of inspiration and empowerment for women all around the world,” JRB’s statement said.

JRB also rallied their support behind Cortesi’s Miss Universe journey, as she’s vying for the Philippines’ fifth crown in New Orleans, Louisiana in the U.S.

Eighty-five candidates waved the flags of their respective countries at the preliminary competition of the 71st Miss Universe on Jan. 12. The pageant’s coronation night will be held on Jan. 14 (morning of Jan. 15 in the Philippines), where Harnaaz Sandhu of India will pass her crown to the chosen successor.