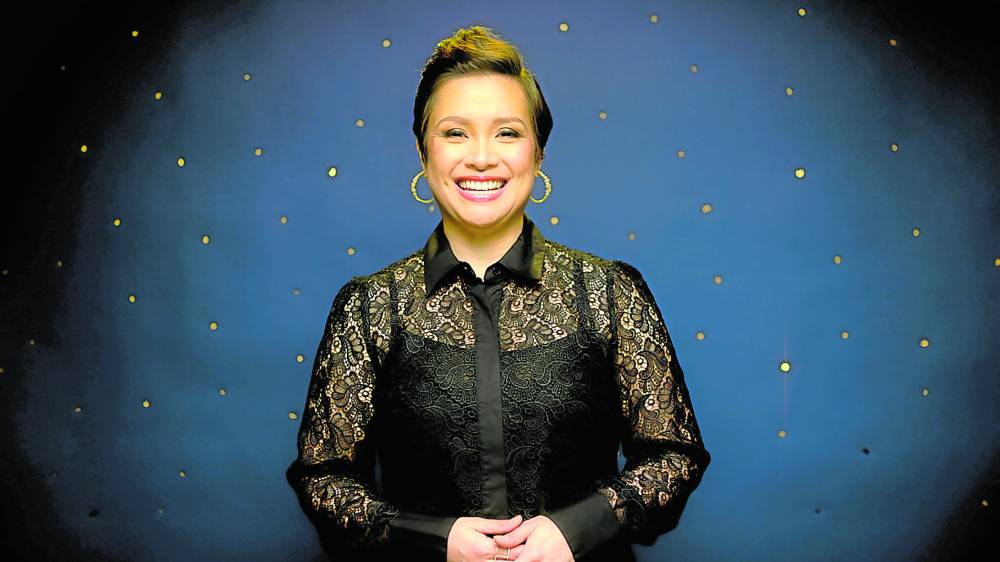 Salonga in the music video of Pentatonix’s cover version of “Christmas in Our Hearts.”

NEW YORK—It’s more than a week into 2023, and so far, I’d like to think it’s going well. Nicole and I are back in the city (along with Stella, our sweet and charming feline companion) and we’re counting our lucky stars that the weather hasn’t been too dicey, especially on our travel day with the cat.

It’s tough enough bringing an animal overseas; it’s quite another to negotiate that along with having to change flights and figure out layovers. Thankfully, that was not the case.

We headed out of Naia (Ninoy Aquino International Airport) smoothly into JFK (John F. Kennedy International Airport)(with a stopover at Incheon, which looked more like a high-end shopping center than an airport). And since I had the cat very visible in a pet carrier backpack, every flight attendant that got to see her treated her with so much kindness.

The year 2022 hasn’t been too terrible either… can’t really complain. I was finally able to resume my concert schedule in the United States and the United Kingdom, (including a stint at the legendary Royal Albert Hall). It was an incredible experience to be back onstage again, and at some of the most wonderful performance venues anywhere.

The past year was also a year of change. After I moved to New York in late 2021 for “Pretty Little Liars: Original Sin” (which was picked up for a second season), Nic followed and moved here as well. She’s an official New Yorker now.

The interesting thing is that although we’ve moved away from Manila, she’s speaking more Filipino than she normally does. I find myself initiating and interspersing conversations in Filipino, and she answers back. It’s not always perfect, but there is an effort to keep ourselves tethered to home in some way. It’s a phenomenon I observed as a much younger person, the persistence in keeping connected to not only what is familiar, but what is beloved.

Last year was also when both Nic and I caught COVID-19. That’s right, after nearly two years of successfully avoiding it, we finally found ourselves infected. Nic got it at school, and she passed it on to me.

We’re thankful it wasn’t worse than it could’ve been (we haven’t forgotten the friends we lost during the more brutal stages of the pandemic). One nurse friend, who thankfully lives just a couple of blocks away, brought us medicines and lozenges, and some sound advice. 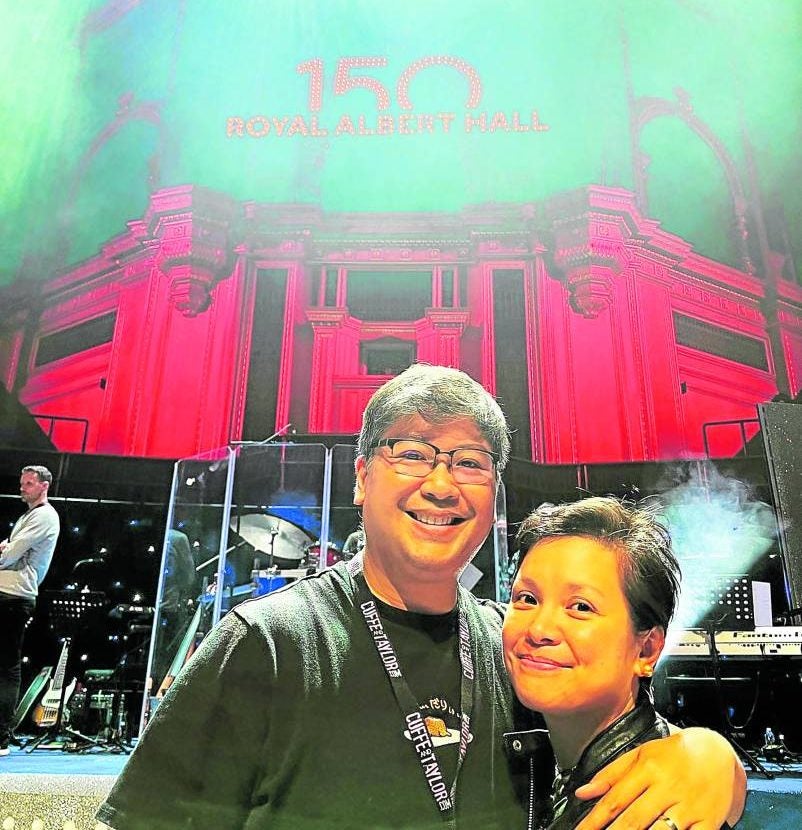 The author (right) with her brother, Gerard Salonga, at the Royal Albert Hall.

I’m also grateful for food delivery services that dropped Jewish “penicillin” (also known as chicken soup) at our doorstep, as well as websites with recipes for the Pinoy counterparts.

To kick off the holidays, a single that I had recorded with the Grammy-winning a cappella group Pentatonix was released! The Pinoy Christmas classic “Christmas in Our Hearts,” penned by Jose Mari Chan, was covered for the group’s latest holiday album, “Holidays Around the World.” A music video then followed, and so far it’s been garnering quite a lot of views!

After the view count on YouTube hit a million, I sent a text to Tito Joe, so excited that his song was now being watched and listened to by new audiences. My mother was sharing her joy as well, in that an original Filipino song is being heard beyond our shores.

The year ended with a wonderful Christmas experience singing with the Tabernacle Choir at Temple Square in Salt Lake City. It’s quite a trip performing with over 350 voices behind you and an over 100-piece orchestra in front of you.

However, the sound was so balanced that I never once felt overwhelmed or drowned out. And although we had an audience of around 15,000 people every night, it was never intimidating or frightening. The kindness of everyone we worked with during that week was what really hit us the most.

One moment that I’ll never forget was when fellow concert performer, renowned actor Sir David Suchet, and myself, plus other honored guests, were called to the stage and were told to face the choir and orchestra. Once musical director Mack Wilberg gave the signal, the choir and orchestra began to sing “God Be With You Till We Meet Again” to us, which brought tears to our eyes and deeply touched our hearts. After this, Nic and I headed home for a brief holiday with our family.

Which brings us to 2023 and what it may bring. To be frank, I don’t know what’s in store, save for some concerts that have already been booked for the spring. Sure, there are Broadway shows to watch, maybe more workshops and readings to be part of, as well as more mommy-ing to keep up with.

All I can resolve to do is to be prepared for whatever this new year will deliver, whether for work or for fun. I can resolve to live healthier and get myself stronger to meet the challenges that are sure to come.

And I resolve to write in this space more often.