Jodi may have found her ‘new purpose’ after acting triumphs 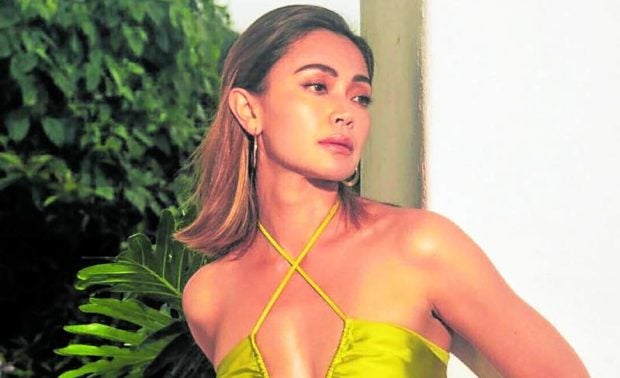 “It’s still there,” said Jodi Sta. Maria of her dream of becoming a doctor someday.

While Jodi graduated with a degree in psychology in 2021, she remains one of the busiest actresses in ABS-CBN.

“I know that when God puts a dream in your heart, it’s always with the intention to fulfill it. This happened to me last year when I graduated,” said Jodi, who was a consistent dean’s lister in school.

“Psychology can be considered a pre-med course. if you’re not going to pursue medicine, you can be a therapist or a counselor, or you can pursue higher studies like a Master’s or PhD. I realized that this is possible even if you have work. You do it once a week, from 8 a.m. to 5 p.m. You can also be an instructor. You just need to take education units,” she explained.

But Jodi refuses to feel the pressure and would rather “take each day as it comes.” She recently won best actress at the 2022 Asian Academy Creative Awards for her performance in the drama series “The Broken Marriage Vow.” This year, she will be celebrating her 25th anniversary in the business.

“That night after accepting the award, I was on a different high. Everyone was congratulating and celebrating with me,” Jodi recalled. “After that, you go to sleep, wake up, drink coffee and look back at the event that happened. That’s when I had a flashback of the time I was still in school, performing.”

When it all started

She said it was never her dream to become an actress, but she had a passion for performing. “If you’d tell me to sing, dance, join a beauty contest or a cheering competition or a volleyball meet, I’d do it if it has anything to do with performing. I guess that’s made me so comfortable as a child, that I got to be anything I’d imagined.”

Jodi continued: “I remember all the times I went to a go-see, and not a single project landed on my lap. It was Jonathan Hernandez who discovered me. He told me, ‘Anak, last na lang… go to the ABS-CBN compound. There’s a new batch of Star Circle that they plan to launch.’ I told him, ‘’Di naman po ako matatanggap d’yan.’ Just the same, he asked me to try, so from Pasay, where I lived, I went to Quezon City with my aunt. While we were traveling, I kept thinking it doesn’t matter if I don’t get accepted, at least I’d get to see Jericho Rosales and Kristine Hermosa (who were the top love team at the time).”

Jodi was included in the 5,000 people who auditioned that day, she recalled. “I kept coming back because they were trimming the selection down. Then, they got the final 12, we were launched in ‘ASAP, and the rest is history,” said Jodi, who eventually became part of the batch that included Alessandra de Rossi, Andrei Felix and Desiree de Valle.

Jodi later became a cast member of the teen-oriented series “Tabing Ilog” in 1999, then in “Pangako Sa’yo” a year later. In the 24 years she has been in show biz, Jodi thought of quitting only in 2021.

“This was after we finished ‘The Broken Marriage Vow.’ I thought, ‘Parang wala na akong mapipiga.’ I was so exhausted and thought I’ve used up all my energy as an actor. I thought, ‘I’ve been here for 24 years, I guess that’s long enough, and that it’s now OK to end it.’ You think of quitting whenever you feel physically and emotionally tired. We can make plans for our lives all we want, but it’s still the Lord who will take us to where we’re supposed to go… because He has a purpose for us.”

These days, Jodi is thinking that, maybe, mentoring could be her new purpose. “When I was offered to do ‘Labyu with an Accent’ with Coco [Martin], I immediately asked for the script. I’m always excited when I’m given the chance to create a character and a proper backstory. I find joy in making a character sketch and profile, and eventually sharing this with my director and the creatives,” she began.

“When we [Kriz Gazmen, head of ABS-CBN Films] were chatting about my process in creating characters, he told me, ‘Why don’t you facilitate a workshop on this?’ During the time he asked, I still felt I didn’t have the authority to do a workshop. Even I seek help from acting coaches before doing a project. I learn other acting techniques from them so that when I join the war, so to speak, I’m ready,” Jodi explained.

The actress, however, did not mind sharing nuggets of wisdom to younger artists. “No. 1 is to always strive for excellence. Part of this are hard work and patience. Second is to always show respect. You give this not only to the senior stars, but to everybody on the set. I’ve learned through the years that this industry exists on pakikisama—this is important. It’s always better that people feel happy when you’re on the set, rather than make them feel uncomfortable. Huwag kang pabigat,” Jodi pointed out.

“Lastly, never stop dreaming and aiming for your goals. Goal-setting is beautiful, because it gives you direction. It helps that you know where you want to steer your career to,” she declared.” INQ