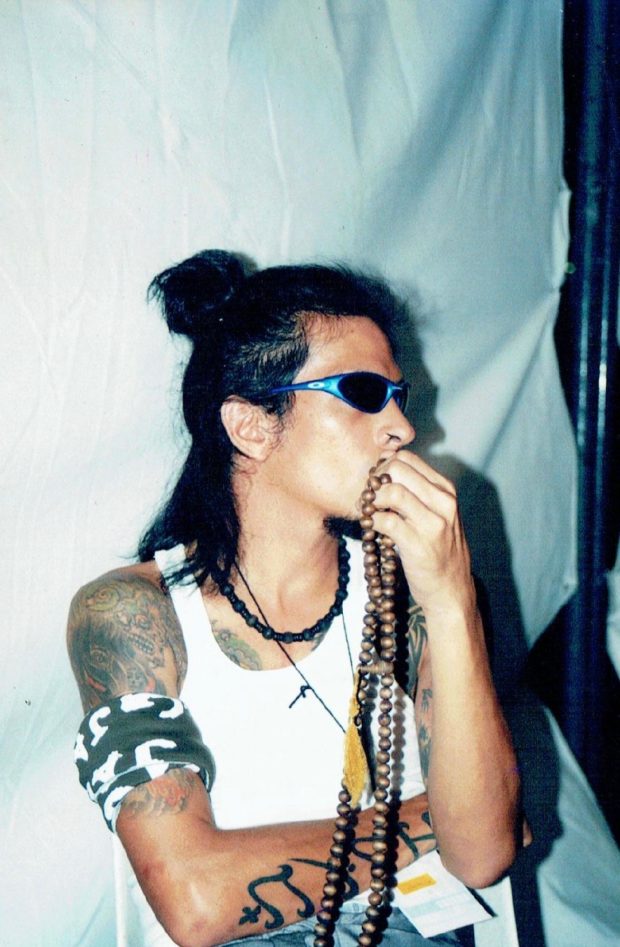 Locally no one else was quite like Karl Roy in terms of his artistic and musical abilities. The guy radiated charisma, coolness, positivity, and toughness and exuded an air of rock stardom. He was highly musically talented and had a strong passion for music. Yes, we are all aware of the other things associated with Karl Roy; however, beyond that, he was such a remarkable human being, and we ought to remember him for all the reasons listed above.

My impression of Karl Roy has always been that he is the Filipino equivalent of Layne Staley of Alice in Chains. Both of them have an incredible vocal gift for singing, are outstanding composers, and have a legacy that is almost unparalleled in its own right.

Each time Karl Roy set his sights on music, greatness followed him and resulted in everything he would do to be successful because he was a musical genius, to begin with. From being the most well-remembered lead vocalist for Advent Call to become the legendary singer of his band, P.O.T., to being the lead vocalist, songwriter, and frontman of Kapatid. Indeed, Karl Roy managed to do it all in the short time he was alive.

Karl Roy left an impact wherever he went, whatever he did, and with whoever he got to meet, talk to, and spend time with, thus inspiring, moving, and motivating an entire generation to pursue their dreams of forming bands, learning composition, and becoming singers. So many local bands were created because of Karl Roy, and every band he became the lead singer of left a trail of classic songs that are still fondly being played.

The life and times of Karl Roy certainly deserve to be recalled, remembered, and celebrated, as it is only right to do so. As I have done in the past, when I put out articles about Karl Roy, I got to talk about his influence on me. How he had inspired me to write about music, and how one single private message I got from him as a response in 2010 lit a fire in me, and that fire has never gone out since then. Years later, I could interview some of his former bandmates, close friends in the local scene, and other people who knew him best. Still, this time, I got to interview the one person who knew him more than anyone else: his daughter, Ariana Nicole Roy.

The rare opportunity to interview Karl Roy’s daughter, Ariana Nicole Roy, came my way through good fortune, mutual respect, and privilege. Her responses will provide a wealth of previously unknown, unheard, and unreleased information regarding her father, Karl Roy, and how he was in his personal life.

For everyone who is a fan of Karl Roy and is inspired by his artistry and undying passion for music, here is the exclusive interview I did with Ariana Nicole Roy, the daughter of Karl Roy, which you can find below.

How old were you when you discovered and realized that your father was a singer in a famous band?

Ariana Nicole Roy: I had no idea he was a rock star when I was a kid. We had a very complicated relationship in the beginning. Growing up, I vaguely remembered seeing him on T.V., and the song “Yugyugan Na” would play on T.V., and they’d tell me that he was my father. I was around 3 or 4 if I’m not mistaken. That’s when I realized my dad was an influential musician. I have a fantastic dad I looked up to as I grew up and learned to love as I got older and bonded with him more. 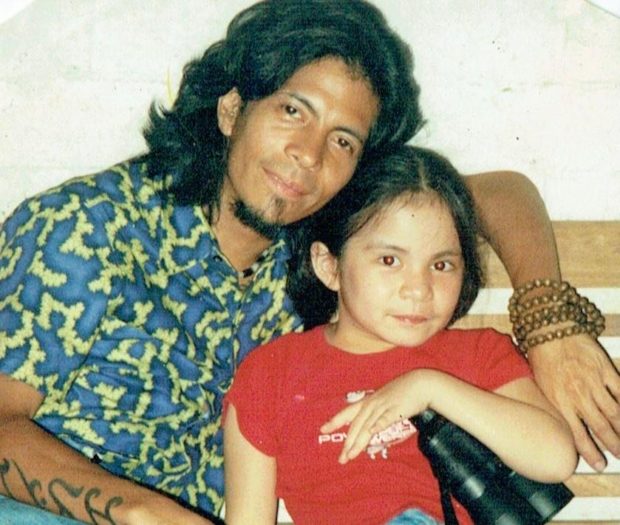 Can you share with us the musical influences he has had on you and how you have continued to apply those influences to your craft as a singer in your own right?

Ariana Nicole Roy: In the short time we had, Dad shared a lot. Alice in Chains, Pink Floyd, Faith No More, and Red Hot Chili Peppers I wish I could list them all. He was an inspiration and still is to me. I never got to tell him that. What he does as a performer with his band has always inspired me. Ironic as it may be, I struggle with an internal battle of letting loose and just letting go. I freeze on stage and hold myself back. These bands aren’t afraid to be themselves, and they showcase their identities no matter how scary, vulnerable, and passionate they are. They express the meaning of being an artist and the feeling that comes with it. I try to remind myself of this since I deal with much fear. The fear of letting go. I try my best to remember this when I hone my voice and who I am daily.

What are your favorite songs of your dad’s?

Ariana Nicole Roy: “Tough question.” I wish I had been born when Advent Call was around. Sadly, I didn’t get to hear them perform. So far, I love the whole P.O.T. album and Kapatid too. But what burns are “Panaginip” and “A Piece of This.”

Can you share with us how he was at home? What about his personality?

Ariana Nicole Roy: I lived with my mom growing up, and I’d visit my dad. When I’d come around to see him, he was so peaceful. He loved his cats, and we’d watch movies together. I remember being such a brat as a kid and not wanting to go, and when I was finally with him, there was such a big piece of me that was filled. I don’t know how to explain it. He was a peaceful, funny, and loving man in my eyes. As a kid, it was just time with dad, but growing up, it became a simple yet valuable memory.

What did you love the most about having Karl Roy as a father?

Ariana Nicole Roy: The genuine, unconditional love that comes with it. I love having an understanding man as a father. I felt I could relate to him so much, and he understood me. Not many people get the opportunity to have that kind of relationship with how he loved his friends and family. I was so lucky to be a part of it.

What funny story can you share with us about your father?

Ariana Nicole Roy: He took me to a Fall Out Boy concert, and we ditched midway because he couldn’t take it. I also didn’t know what I was getting myself into. I had a phase where I listened to cheesy emo, R&B, and hip-hop music without direction. To my father, it was cringeworthy (not to offend anyone who enjoys that genre). So we stepped out of the concert and had a few beers while trying to search for ballots outside, and he spoke to me about music and wanted to talk me into listening to the classics and how I have to learn to speak Tagalog.

Can you share one of the life lessons he has given you?

Ariana Nicole Roy: Always love. Be real. To be a good one… In this process, the most critical lesson he told me when he died was, “Don’t let them kill your spirit.” I have it tattooed on my nape.

Did you ever imagine that years after your father’s passing, so many still remember him, recall his songs, and celebrate his artistry?

Ariana Nicole Roy: “No, I never expected this.” It shocks me to this day. So many loving people reach out and share the stories they have with my father. Many (parts) of him are still here with us in these stories. He, indeed, was a fantastic man.

When people mention your father’s name, Karl Roy, what would you want them to think of instantly?

Ariana Nicole Roy: Rock and roll! Haha! Kidding. Life is too short. Live it fully. Do what you love. Love fully. Don’t be afraid to live.

Celebrating the life and times of Karl Roy