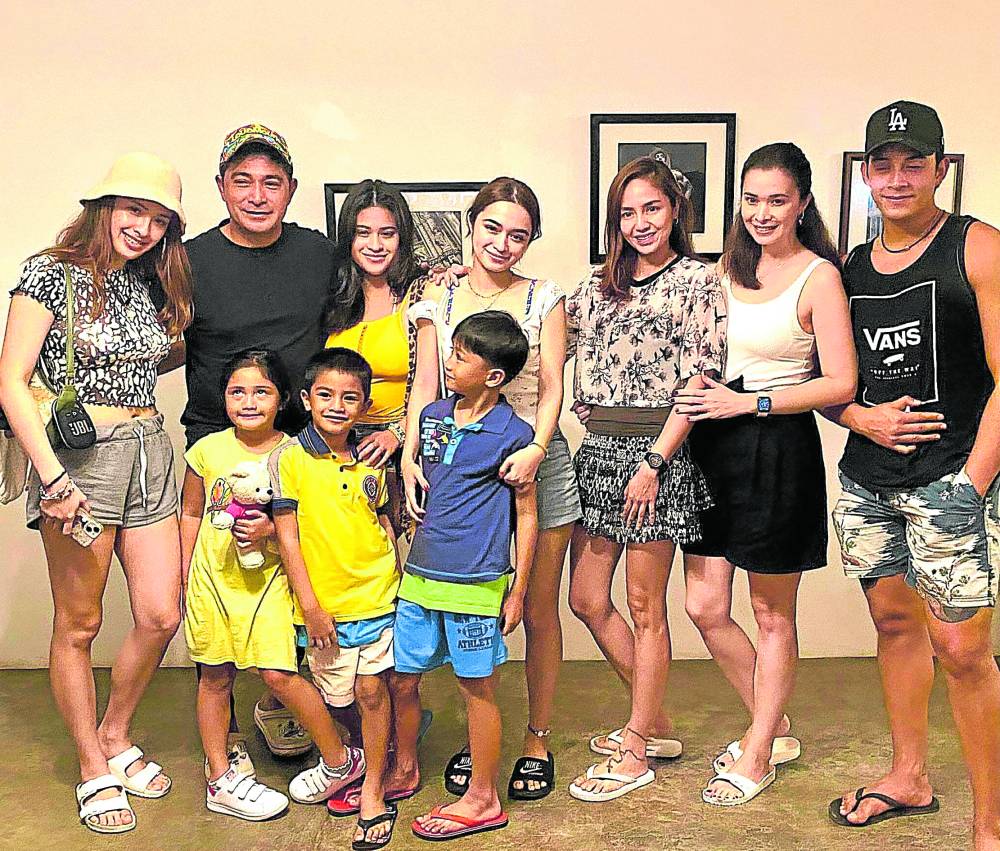 Cesar Montano (second from left) with his blended family

The year 2022 was my BFF Buboy’s (Cesar Montano) kind of year. After his COVID-19 scare in 2021, he celebrated his second lease on life when he turned 60 last August. His career was also revived via the hit movie, “Maid in Malacañang.” But the highlight of Buboy’s 2022 was making peace with his son Diego Loyzaga and his ex Sunshine Cruz.

To cap off 2022, Buboy celebrated New Year’s Eve in his hometown in Bohol with his fab girlfriend Kath Angeles, their three kids, Sunshine and their Tres Marias, Buboy’s eldest Angela and Diego.

I chided BFF, “So, when the clock struck 12 on New Year’s Eve, did you hug Shine?” He shot back chuckling, “Yup, pero wala nang malisya.”

Kath had no qualms about it at all. She said, “OK lang sa akin na nagbeso-beso si Buboy and Shine. I just teased Buboy in jest, ‘Uyyy.’ Masaya kaming lahat as a blended family.”

Kath quipped, “Buboy and I have been praying for this to happen. Answered prayer talaga na peace na lahat. Super nice si Shine. Touched ako when she told me that her three Marias love me. Nakakatuwa that she even wants to ‘borrow’ Buboy and my three kiddos minsan.”

Since they’re already close, I asked Kath if she and Shine exchanged Christmas gifts. “Nope, Mare,” she replied. “We just exchanged notes about Buboy (laughs).”

According to Kath, their next “modern fam” bonding might happen abroad. This 2023, they will definitely create more memories in their “la vida saya-saya de familia na kakaiba.” 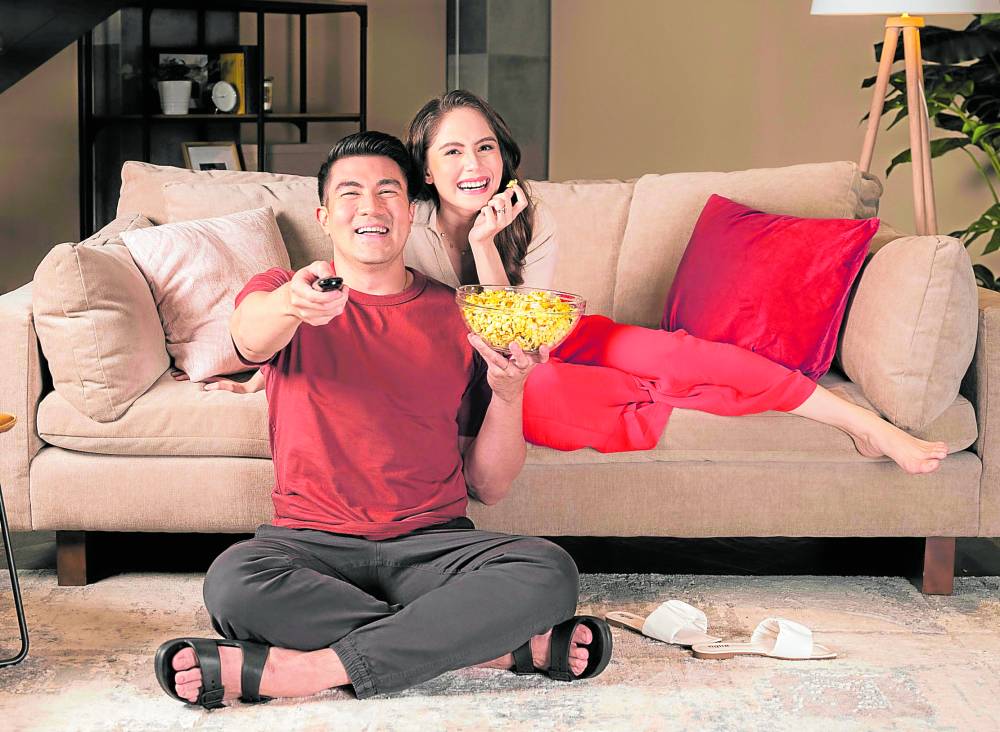 Some people are wondering why the pet name of Luis Manzano and Jessy Mendiola for their baby-to-be is Peanut.

Luis’ cousin Aldwin told me that in their fam, they’re fond of “baptizing” each other with nicknames. Luis is called “Bako Bako,” while his brother Ryan Christian is “Boom Boom.” What a cute name game!

Heart versus brain is such a tricky battle. If only our heart could think and our brain could feel. That tug of war is depicted in “Bugso” (now streaming on Vivamax). Directed by Adolf Alix Jr., it is topbilled by Ayanna Misola, Hershie de Leon and Sid Lucero. 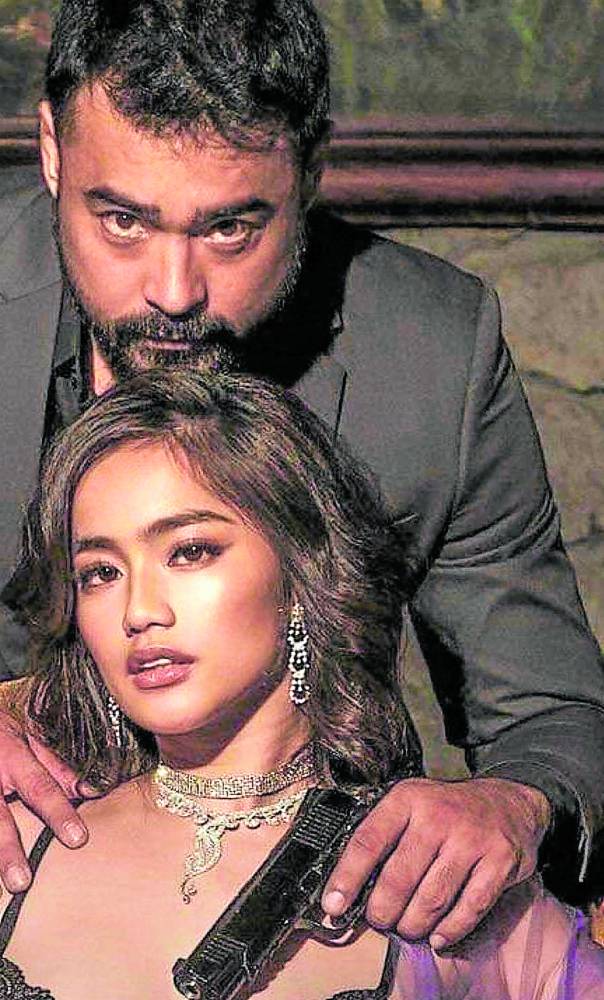 AA: Ayanna reminds me of Rosanna Roces in her younger years. Just like Osang, she is daring and has no inhibitions.

A: I showed my flexibility in acting and in my sexy scenes. Our movie will fulfill all kinds of fantasies.

S: Vivamax dares to explore topics that are swept under the rug. Why turn a blind eye to things that are really happening?

H: True to our movie’s title, I’ve let “bugso ng damdamin” overpower me. I fell for someone who didn’t reciprocate my feelings.

S: I am game for anything as long as I am comfy with my coactors and I like the story. I don’t want to get in the way of a filmmaker’s vision by acting up on the set.

H: Sid told me to look into his eyes and before I knew it, I got carried away. He didnt make me feel like I’m inferior to him as a newbie.

S: I don’t think of myself as an award-winning actor. The mystery of what my coactors can give, especially newbies like Ayanna and Hershie, makes my work exciting. Growing up in a family of actors keeps me grounded. I know what fame can do if it’s not handled properly.