What excites and scares Boy Abunda about TV comeback 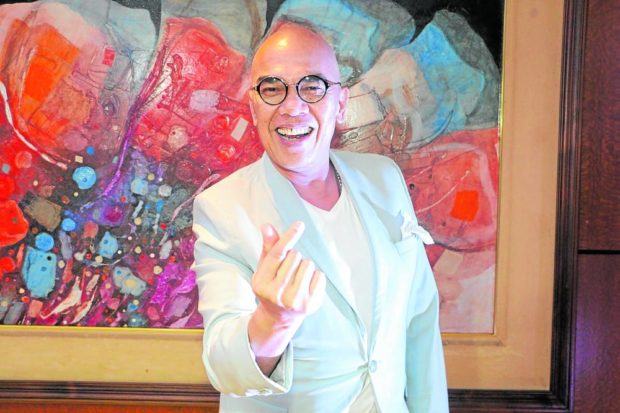 These days, the stars themselves do the reporting; they interview one another. The changes in the media landscape—showbiz, in particular—are undeniable, veteran host Boy Abunda observed. And these things he must learn to navigate in his television comeback.

“The landscape is different now … Everyone has become an active participant in the business of news, including showbiz. Now, when a celebrity wants to make an announcement, they just post it on social media. Some start with cryptic posts until it turns into a story. Others would directly post, ‘I’m pregnant,’ or ‘I’m angry,’” Boy said at a recent press conference.

So, in his return to GMA Network after 23 years, the challenge, he said, is coming up with a show concept that can be relevant in the age of digital media.

“We have started to brainstorm and discuss potential content. ‘What do we do? What’s our equity? What can we offer that will make people watch us?’ These are the things we ask ourselves, if we were to put together a new show, it has to be done well, and it has to be deliberate,” said the veteran television host when asked by the Inquirer about the kind of programs he wants to do.

Admittedly, the process will involve a lot of trial and error. “We have to experiment because you won’t know what will work until it’s right out there. And then, we look at audience response to determine whether we should move forward, step back or make a turn,” he said.

And he would be lying if he said that this new chapter in his career doesn’t worry him one bit. “There are already expectations; I don’t get to have a gestation period anymore. I’m at a point in my life where I have to deliver, and know my place and what I can do,” he said. “There’s a lot of excitement, trepidation and gratitude.”

But one thing’s for sure: His future show must have an interview component. And if there’s one person at the top of his list of people to sit down with, it would be Mike Enriquez, who’s currently on medical leave. The veteran television and radio news anchor underwent kidney transplant.

“I had to call him, and he took my call. It was a very private conversation. He’s a dear friend of mine. I may not see him as much as I would like to, but he has been a constant friend,” Boy related. “I told him I’m back. He said, ‘Back where?’ ‘Here in GMA,’ I said.”

“Obviously, he doesn’t follow the news. I told him that I can’t imagine not letting him know about this move. And he told me that he wouldn’t have forgiven me if I hadn’t,” he said.

Returning to GMA 7 wasn’t an easy process. “It was difficult because the pandemic halted our negotiations. But I have been in touch with the GMA executives even before the pandemic hit. Kumustahan lang. And then, we forget about it and joke about it,” he related.

Saying goodbye to his ABS-CBN family was just as difficult. “Goodbyes are hard in any language. Because we don’t want to hurt anyone. But I talked to them properly and asked for their permission,” he said. “I didn’t burn any bridges.”

In 1994, Boy hosted the late-night GMA 7 program “Show and Tell.” Five years later, he transferred to rival network ABS-CBN, where he became a staple of various show biz news and gab fests, like “The Buzz.” When his most recent show, “Tonight with Boy Abunda” stopped production because of the pandemic and ABS-CBN’s shutdown, he pivoted to YouTube.

While his YouTube channel was a success, television is still home for Boy. “It’s the magic of television I look for … The discipline, the process of how a show is mounted. I use social media, but I’m not a digital native. I just know enough to use it,” he said. “I’m not saying one is better than the other, but I just know television better. I want to go back to what I’m used to.” INQ