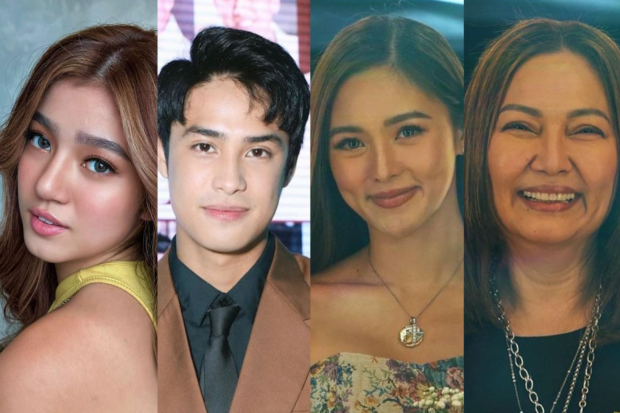 ABS-CBN has revealed the lineup of their upcoming series for 2023, including the first teleserye of popular onscreen partners Donny Pangilinan and Belle Mariano, collectively known as DonBelle, and the first team-up of Chinita Princess Kim Chiu and Diamond Star Maricel Soriano.

Here are some of the ABS-CBN teleseryes that will be released in 2023, according to the network’s omnibus trailer uploaded on its official YouTube account Monday, Dec. 19.

Coco Martin, Lovi Poe, Charo Santos, and Christopher de Leon will be appearing in “Batang Quiapo,” an adaptation of a Fernando Poe Jr. (FPJ) classic film that was released in 1986.

Janine Gutierrez is on a quest to seek justice for the tragic death of her mother, award-winning actress Dolly de Leon, in the revenge series “Dirty Linen” that is set to air in January 2023.

Described as the actors’ “most controversial roles,” the Dreamscape show revolves around the concept of “pagtataksil” or unfaithfulness. “Sobrang iba talaga. Ibang-iba and it needs a lot of hard work,” Chiu said in the trailer, as she spoke about the teleserye’s theme.

ABS-CBN confirmed that Donny Pangilinan and Belle Mariano, popularly known as “DonBelle,” will be pairing up in their first teleserye together, “Can’t Buy Me Love.” Details about the project’s plot, premiere date, and theme are yet to be revealed.

An adaptation based on a Wattpad novel of the same name, the teen series stars Jayda Avanzado, Aljon Mendoza, and Markus Paterson. The project is helmed by Black Sheep Productions and will be released on iWant TFC.

The original plot revolves around Kingdom High students Zoe, Sabrina, Ayumi, and Yannie taking upon themselves to stand up to the “school leaders,” Ice, Kenneth, Josh, and Xander.

The ABS-CBN omnibus trailer also revealed new seasons of the shows “The Voice Kids” featuring Martin Nievera and KZ Tandingan being part of the new roster of coaches and “I Can See Your Voice.” Meanwhile, a new show called “Drag You & Me” starring Andrea Brillantes, JC Alcantara, Ice Seguerra, and Jon Santos will also be released in 2023.

On the other hand, a 60th anniversary special featuring veteran actress Vilma Santos is currently in the works. EDV