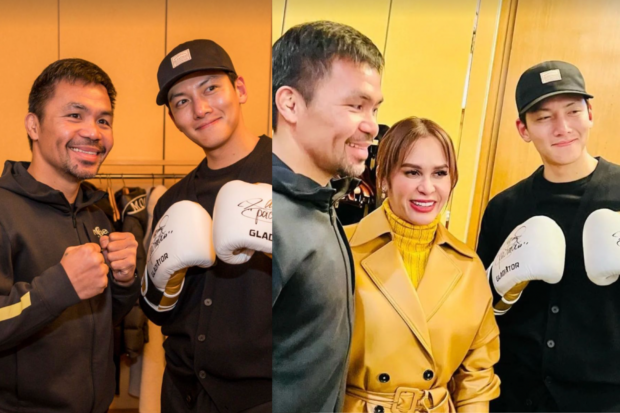 Jinkee expressed her excitement after dining with the “Healer” actor, as seen in a series of Instagram posts. She, however, didn’t reveal when the meet-up took place.

“@jichangwook [emoji],” she wrote in an Instagram Reel uploaded on Thursday, Dec. 8. 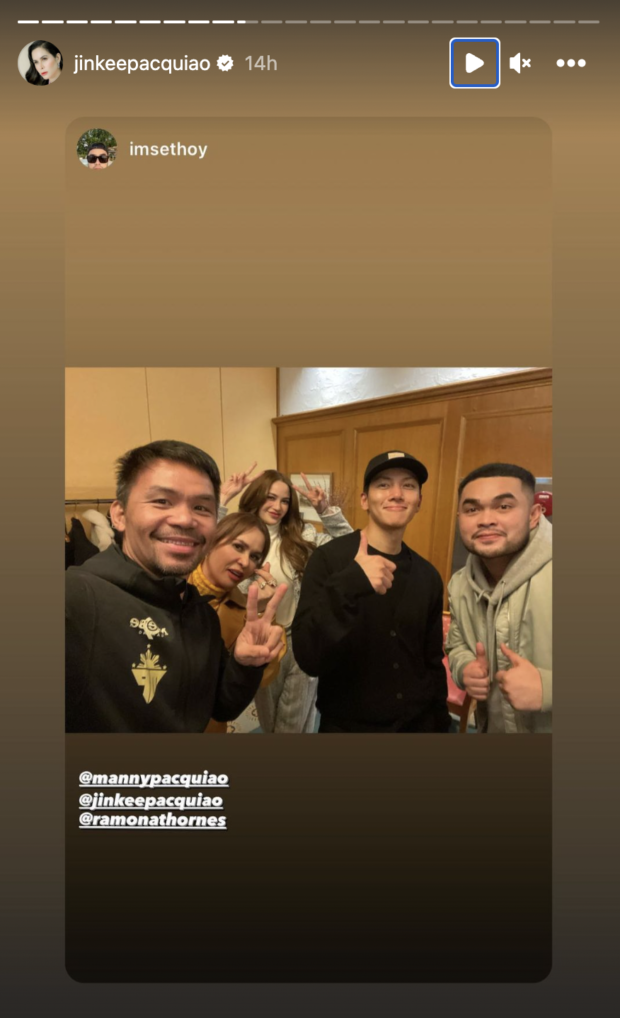 The Pambasang Kamao also posed with the South Korean actor, who donned a pair of signed boxing gloves, as seen in Jinkee’s Instagram Story. 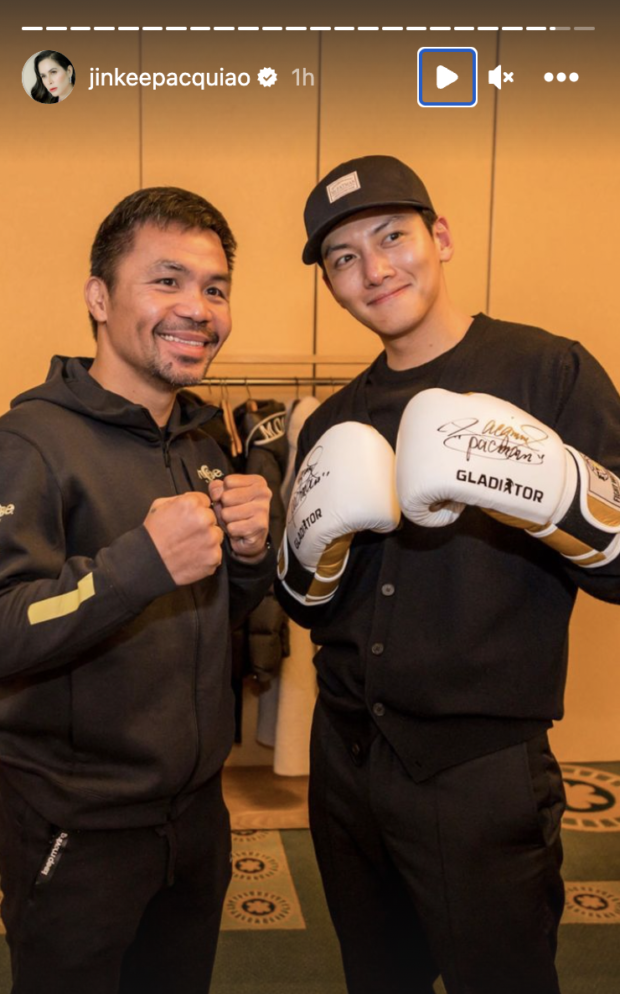 Jinkee even posted a stolen snap of Chang-wook on her account. 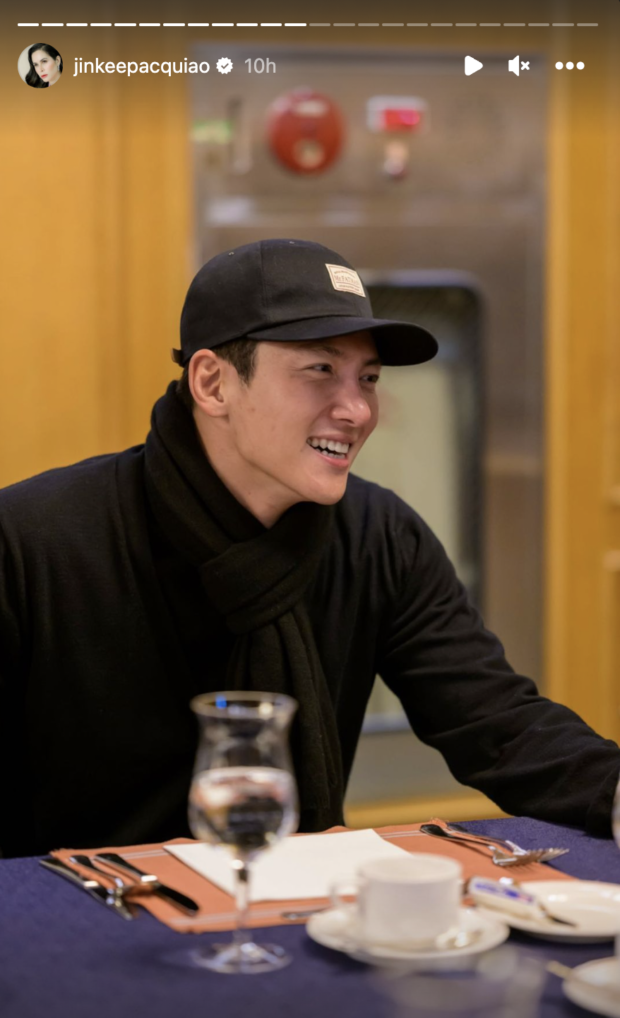 Meanwhile, talent agent Bernard Cloma shared a photo of Manny, Jinkee, and Chang-wook striking a pose on his Instagram Story. 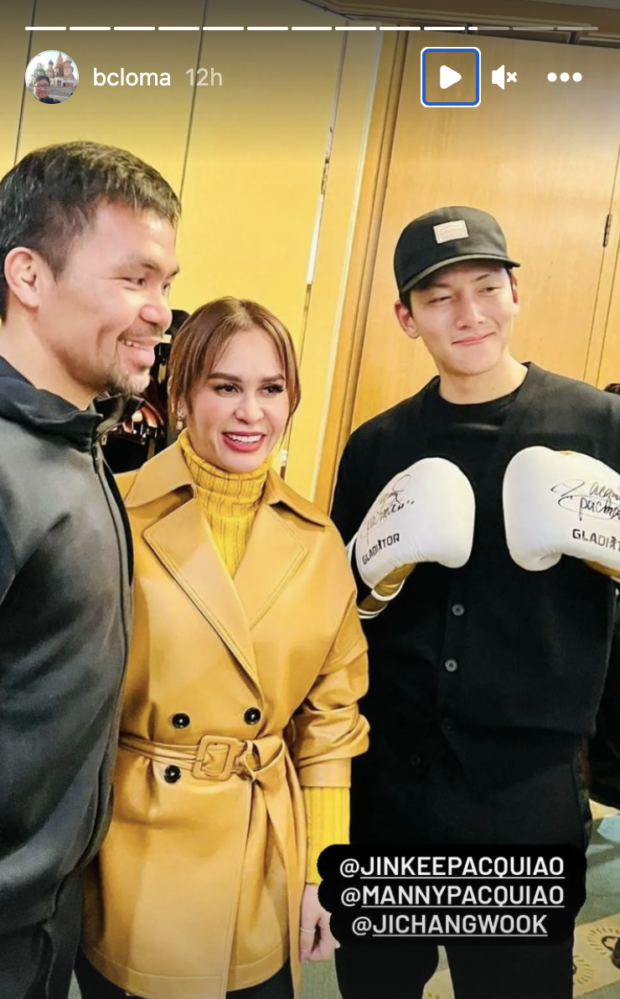 However, this is not the first time that Manny and Jinkee have interacted with the Korean superstar. The couple previously met with Chang-wook in June 2018 and October 2019.

Chang-wook starred in Korean  dramas such as “Empress Ki”, “The Sound of Magic”, “The K2”, and most recently, “If You Wish Upon Me”. He recently met his Filipino fans at the “Reach You” event at the Mall of Asia Arena in November 2022. EDV

Jinkee pays tribute to Manny Pacquiao as he retires from boxing