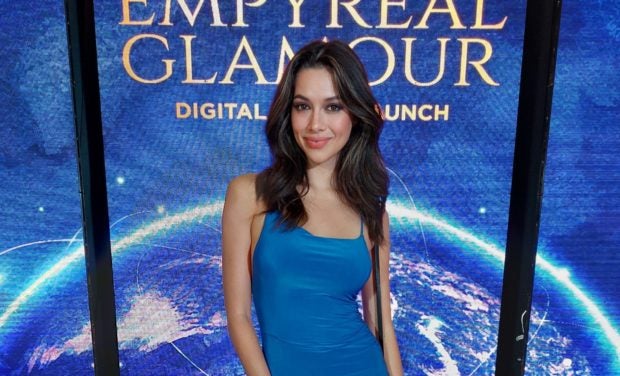 MANILA, Philippines—United Nations (UN) member-countries agreed at the 27th Climate Change Conference (COP27) in Egypt last month to set up a “loss and damage” fund which will help poorer countries that are more vulnerable to the impact of climate change, and reigning Miss Eco International Kathleen Paton weighed in on the proposal.

The Inquirer spoke with the Aklanon beauty at the sidelines of the “Empyreal Glamour” digital media launch held at the Estancia Mall in Pasig City last month, and asked her if she thinks the proposed fund is enough.

Paton replied: “No, because although there’s going to be a lot of well-developed countries out there that are supporting more catastrophic areas, it’s really the work of the government here, especially in the Philippines for example, with us.”

She noted the country’s location in the ring of fire, and also said that “we get hit by 20 typhoons on average a year. It’s up to us, the [local government units], the government, the higher ups to really do something.”

The 24-year-old Australian-Filipino model also cited the importance of preparation and prevention. “We need to help the people, educate them on ways to prevent situations. For example, how to evacuate, how to stand up from the issues that arise after catastrophes,” she added.

Paton said she understands where the UN member-countries are coming from when they proposed the fund. “I respect and applaud their job, but it’s really up to the countries themselves to do something about it. But there’s hope with that support,” she continued.

For her, climate change action may be boosted with the eradication of corruption. “When we allocate the right amount of money or equally putting the money in certain situations, certain sectors of the government like education, health, the environment, agriculture, employment, that’s where we will be able to actually rise out of the issues with poverty, helping the elderly, rise up and heal from these catastrophes,” she explained.

And for Paton, people should sustain efforts in educating people about climate change. “There’s a lot of young generations using TikTok, using social media to create awareness, not just with the environment, with mental health, with education. There are so many amazing things that we’re doing, and it’s really up to the younger generations as well to make a stand,” she shared.

Paton will relinquish her international crown next year in Egypt. Her national crown successor Ashley Subijano Montenegro, daughter of beauty queen Cara Subijano and model-host Hans Montenegro, will attempt a back-to-back win for the Philippines.  /ra