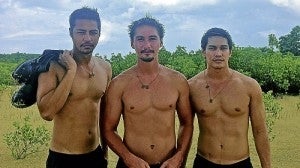 Independent filmmaker Adolfo Alix Jr. says his new film, “Kalayaan,” offers viewers “a different perspective” on the ongoing disputed between the Philippines and China over the Scarborough (Panatag) Shoal.

“This movie is truthful to the sentiments of Filipinos, particularly the soldiers stationed, this time, on the disputed Spratly Islands,” Alix told the Philippine Daily Inquirer. “This will give people the chance to see what life is really like for Filipino soldiers caught between this dispute.”

Also known as the Kalayaan group of islands, the Spratlys— located off the southern coast of Palawan—is being claimed by China, Taiwan, Vietnam, Malaysia and the Philippines.

“This movie is very timely. In a way, it will try to discuss the political implications of the issue by telling the story of three soldiers guarding the islands and the psychological effect of isolation on them,” Alix said. “According to reports, soldiers deployed in Kalayaan receive ‘loneliness pay’ from the government.”

Alix said his film was already on its post-production stage. He added that it was supposed to be shot on two islands comprising the Spratlys, but he decided otherwise because of the security risk. 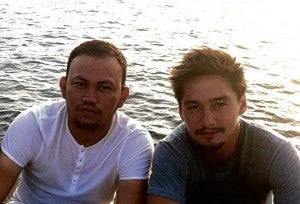 “The military installations we used for the film had to be built on Cowrie and Luli islands in Palawan province. Our art department spent a week there prior to the shoot for this purpose,” he explained. “This was shot in 15 days and filming had been smooth-sailing. We had all the actors locked in one place.”

Alix said he had been working on the project with Everingham for the last six years. The two met at a film festival in Bangkok where Alix’s first film, “Donsol,” was screened. “Ananda liked it and said he wanted to work with me on another film. He had a lot of input on this project. It took us a long time to finally make it because the actor also had other commitments.” Alix said it also took a while to get enough funding for his film.

“Working with the two foreign actors had been easy,” said Alix, adding that he spent time with them and the other cast members three days prior to shooting to discuss the material.

“Ananda also had a good relationship with the Filipino actors,” Alix recalled. “In between takes, he would share stories of his country and its culture, and the others would do the same. Sometimes, conversations were about TV work in the Philippines.”

Sugino, who plays one of the mermaids in the film, first met Alix at the 2010 Pusan International Film Festival in South Korea where Alix’s other film, “Chassis,” was shown. “She’s also a producer so she’s aware of our budget constraints. She spent her own money to fly to Palawan. She said she wanted to work on the material so much that she’d accept even a minor role.”

Alix said the mermaids’ costumes were designed by renowned young artist Leeroy New, who created outfits for American pop icon Lady Gaga in 2011. “The costumes were unconventional. The scenes with the mermaids were shot by the mangroves so the feel was also different. These characters provide the film an interesting twist,” Alix explained.

“Kalayaan,” and four other films competing under the Directors’ Showcase, as well as the 10 movies under the New Breed section, were formally launched in a media gathering recently at the Cultural Center of the Philippines in Pasay City.

The Cinemalaya festival will be held from July 20 to 29.