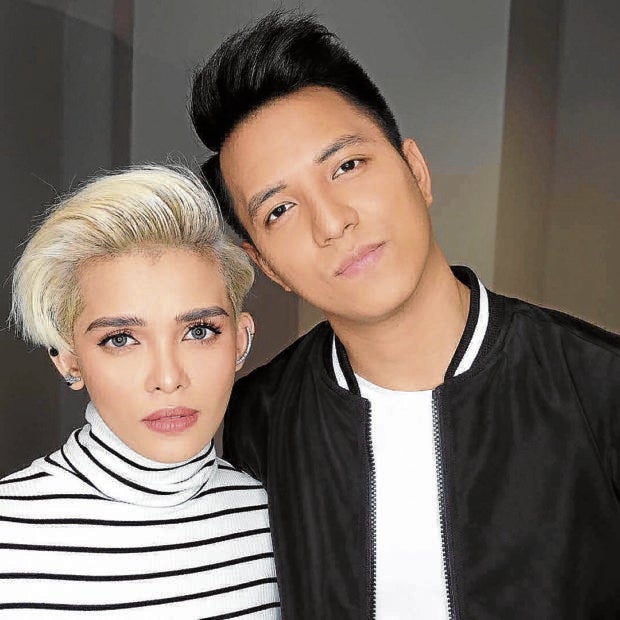 Singer TJ Monterde sang his most personal song — his wedding vow to wife KZ Tandingan — in a mall show which launched Just Music artists at a mall in Quezon City last Nov. 27.

In singing his song “Sigurado,” Monterde said Tandingan had not wanted him to sing the song in public as it was “very personal” to both of them, and which he first sang during their wedding.

(This second song, I just realized, even though I didn’t want to do this because she don’t want this. This next song is “Sigurado”. It’s actually the full version of my wedding vow and now I realized that it’s the first time that I will sing it live. Only now. The last time I sang this, in front of you was at the altar.)

(When KZ and I wed, I chose to sing my wedding vow. I added a few lines because when we got married it’s all just verse and chorus. All throughout our marriage for the past two years, I’ve added more lines to complete the song. I made it as a gift to her during our second anniversary.)

Monterde and Tandingan have been going steady as a couple for six years before they decided to get married. He said that he wrote the song when he asked his parents for their blessings as an altar-bound couple.

As the two of them were songwriters, Monterde said he decided to make his marriage vow into a song, saying “it would be the best to express yourself.”

“That was 2018. It’s a song na matagal kong natapos. Hindi ko siya minadali talaga. Every special moment that we had, I write on the side. I collated all my thoughts about her hanggang mabuo ko ang song,” he said.

(That was in 2018. It’s a song that took me too long to compose. I did not want to rush it. Every special moment that we had, I write on the side. I collated all my thoughts about her into a song.)

‘There are no small shows’: KZ Tandingan recounts lessons from mentor Martin Nievera