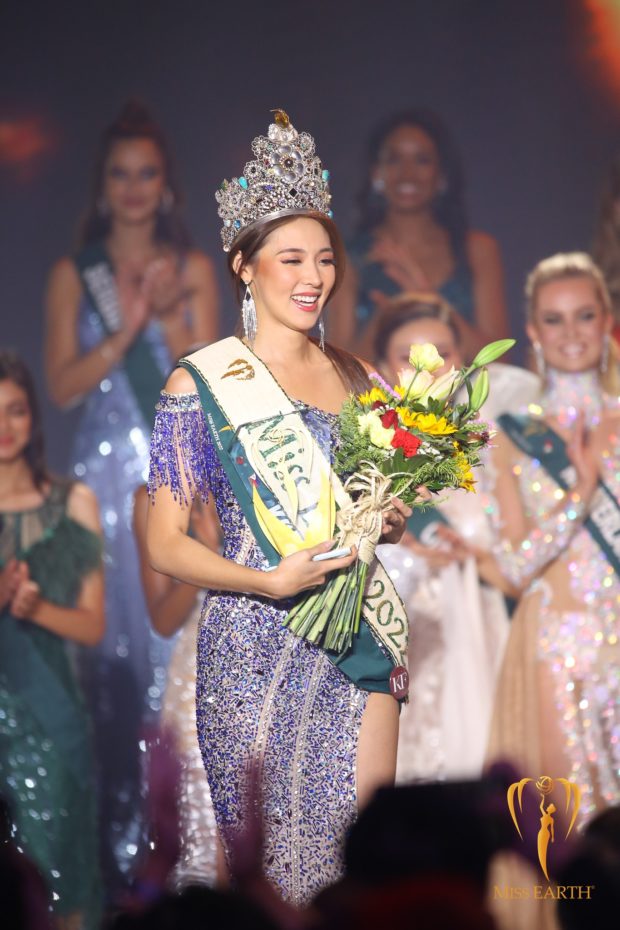 MANILA, Philippines — After two virtual coronation ceremonies, the Miss Earth pageant was finally able to crown a new queen in a physical setting, and she is Mina Sue Choi from South Korea.

Choi bested 85 other delegates in a competition staged at the Cove Manila Pool Club of Okada Manila in Parañaque City on Nov. 29. The program was beamed live to international audiences served by Globovision in Latin America and the Caribbean, and was seen online worldwide through the pageant’s official Kumu account, and official Facebook page and YouTube channel.

The new queen inherited the title from Destiny Wagner, the first woman from Belize to capture a major international crown, who won in a virtual competition conducted in 2021. The Manila-based global tilt mounted online pageants in the last two years because of the COVID-19 pandemic. 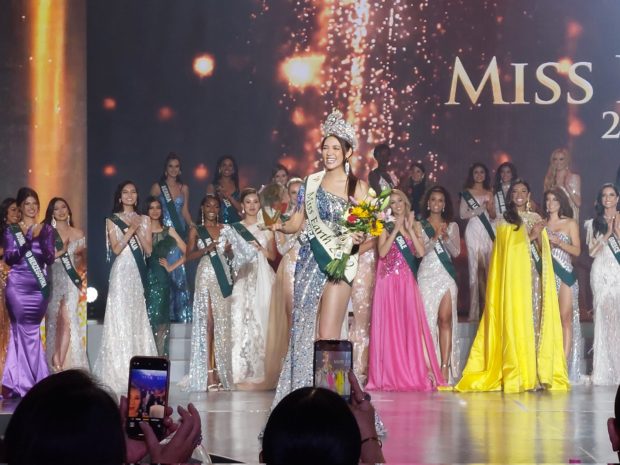 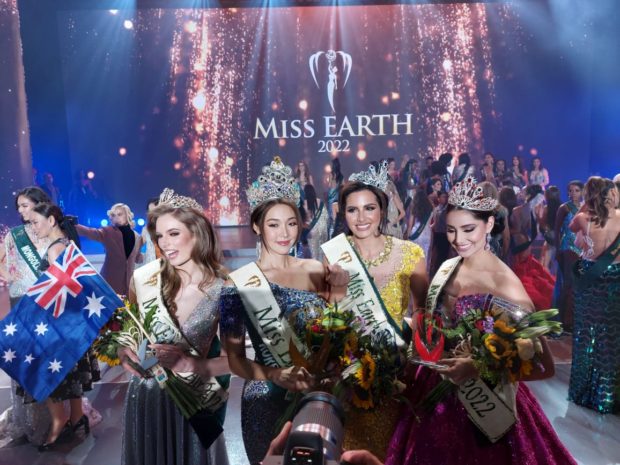 The Philippines’ representative, Filipino-American Psychology student Jenny Ramp from the province of Tarlac, finished in the Top 20. She was also proclaimed Best in Fauna Costume for Asia and Oceania.

This is the 22nd edition of the annual international competition organized by Carousel Productions to promote environmental protection and seek ambassadors to mount projects that help save the planet. Dubbed “Beauties for a Cause,” the Miss Earth winners and delegates are expected to champion environmental awareness.

This makes the Philippines the most successful country in the Miss Earth pageant. The country also has an impressive roster of elemental queens aside from the four top winners. EDV