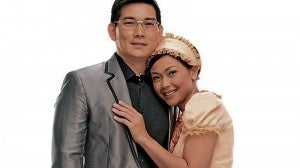 RUMOR has it that Ann Curry, Matt Lauer’s co-host on NBC’s “Today” show, may not be around much longer, because she’s being blamed for the daily morning show’s dip in viewership ratings.

For the first time in years, the popular show is being out-rated by its main competition, “Good Morning, America,” and the fact that this has happened after Ann took over hosting chores from Meredith Vieira a year ago is seen as “proof” that she’s “primarily responsible” for the dip.

Since we’re among Ann’s admirers, we wonder how “scientific” this inference is. Some say that Ann is too nice and laid-back, not lively and “fun” enough to get viewers brightly up and going in the morning—but, we happen to like her natural and not “pushed” hosting style—and she’s exotically lovely, to boot (her mother is Japanese).

Perhaps there’s more to the anti-Ann campaign than meets the eye? Could there be an undercurrent of racism to it, a vague sense of unease because she’s “not American enough” in looks and temperament?

We hope that, after the smoke of controversy has cleared, Ann is still able to retain her plum hosting position on “Today,” which is viewed by many millions of people around the world.

We feel strongly about this, because around Ann’s possible replacements—

Rumor also has it that a relatively new talent, Richard Yap, has been given the plum male lead role in ABS-CBN’s new teleserye, “Please Be Careful With My Heart,” opposite Jodi Santamaria. The casting choice is a bit “controversial,” because Richard is relatively new at the acting game, having been a businessman for most of his life before he was tapped to play Kim Chiu’s taipan father in “My Binondo Girl” only two years ago.

Similarly unusual is the fact that Richard is making it big in the acting biz despite the fact that he’s already on the “wrong” side of 30—or 40. In local show biz, either you become a star when you’re really young, or you settle for character roles.

When Richard acquitted himself well on “My Binondo Girl,” we wrote favorably about his believable portrayal of a top Chinoy businessman, and he got in touch with us to express his appreciation. That’s when we found out that he wasn’t just a believable actor, but had gotten his act together in the other areas of his life, as well.

In our view, he deserves the trust that ABS-CBN has placed in him, which has prompted it to go against standard practice and “risk” the success of its new show by casting a relative newcomer like him as its male lead.

Other producers would have gone with an established male star in his 40s, but that would have been a safe bet—and hedge.

Casting a relative newcomer like Richard Yap as the lead of “Please Be Careful with My Heart” makes it feel fresh, unexpected, and even exciting, so we’ll be looking forward to its start next week. Of course, Jodi Sta. Maria’s presence in the new series adds to its cachet—and that’s no rumor.