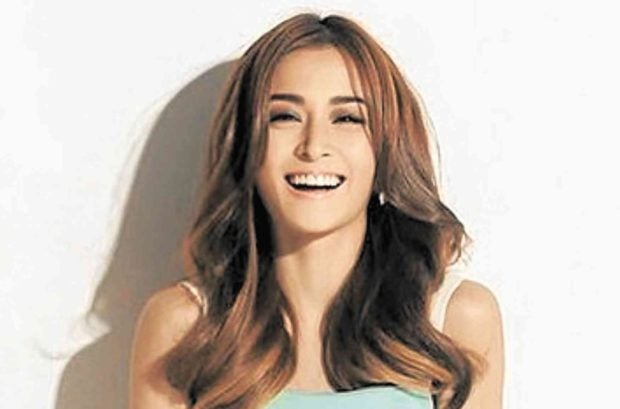 Now that she’s married, Kris Bernal, it seems, is no longer keen on making romantic scenes be it in the small screen.

This she made the production people realize after she refused to dabble in an intimate scene with co-star Boom Labrusca while taping for the once-weekly show “Tadhana” hosted by Marian Rivera.

Reportedly, Bernal was to get intimate with Labrusca in one scene but she politely turned it down. She said she is no longer doing sexy or intimate scenes.

With that, the scene had to be deleted and there was some last-minute changes in the script.

It was not clear, though, whether the decision to refrain from doing intimate scenes was Bernal’s, or if she had been influenced by her husband, businessman Perry Choi. It was the first time that she had to refuse doing a scene which required her to be romantic with her on-screen partner.

Bernal and Choi have been dating for three years before they got engaged. They finally exchanged “I dos” last year at the St. Alphonsus Mary de Liguori Parish in Makati.

Kris Bernal returns to exercising for her mental health