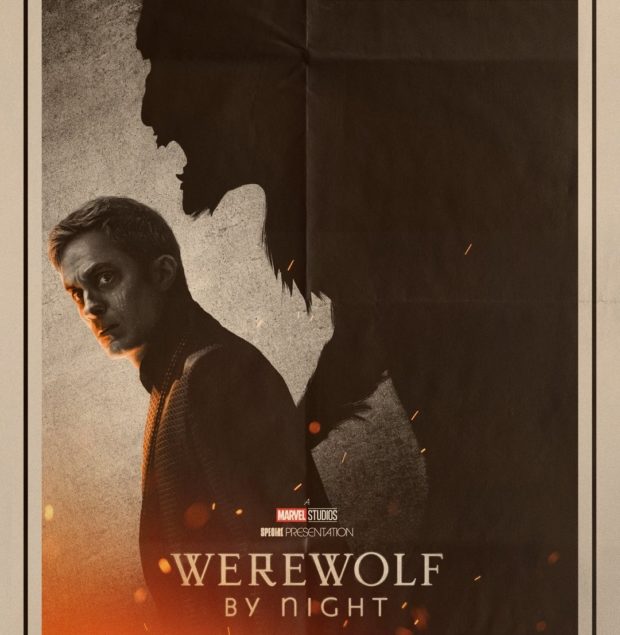 If there is one thing that is constant in life, it is change. It is certain to happen no matter what. This is especially true for movie studios, which are constantly looking for new practical options to continue producing films, especially with Marvel now arguably the world’s number-one studio. Werewolf by Night’s first special presentation on Disney+ was a huge hit, especially with Marvel fans.

For those who are unfamiliar with the super natural superhero Werewolf by Night, he is: He belongs to the small group of more obscure superheroes or horror-inspired comic book characters that rose to prominence during the early 1970s. Although most people don’t know who Werewolf by Night is or have only heard of him, it’s a pleasant surprise that he struck a chord with anyone who saw the special presentation he was in from Marvel Studios.

I, for one, am familiar with Werewolf by Night because I am a longtime comic book reader and collector, but I only have a few of his appearances, and they are very rare to find, so I feel fortunate I even have a few of them in my possession. And I’m grateful to see that his portrayal in his cinematic debut is physically correct. They kept the true spirit of the character in that regard. I wish the MCU would do that more and honor the history, legend, and legacy instead of turning them into more unrealistic, muted, distorted, toned-down, or watered-down versions of themselves. At least Werewolf by Night and Man-Thing, who are also here, were comic-book-accurate in appearance.

This reminds me that you have Werewolf by Night and Man-Thing to watch here, and this was a perfect way to introduce the fans of the MCU to Man-Thing, who is more popular than Werewolf by Night. Watch out for him; he is one cool-looking swamp-looking thing of a mess of a super natural monster, but he is super cool nonetheless and different from every other superhero in the MCU.

When I got to see it, I liked how it looked like it was made in the early 1940s, during the Golden Age of Horror Movies in Hollywood. It was more than a throwback, with references, hints, and direct references to that decade, but the cinematography, which is the color grading or color treatment, was that of a black-and-white film with some cigarette burns. It gave the whole special presentation from Marvel Studios a sense of realism for that period in filmmaking, and the right Marvel Comics character who would fit perfectly for that period is none other than Werewolf by Night, Marvel’s resident werewolf.

This was also the chance to introduce another relatively unknown Marvel Comic Book character, Elsa Bloodstone, the daughter of the original monster hunter himself, Ulysses Bloodstone, who is now dead and was turned into an animated corpse for a purpose. So, it is Elsa Bloodstone continuing the family lineage of being the best monster hunter in the world, and she is not alone as other hunters are there as well. Try to think of it as a gathering of the best in their craft. This is exactly what this is.

Now, I will not go into full spoiler territory here, because I am not sure if a lot of people have gotten to watch it, but this is what I will say: This was the best Marvel movie I have seen that did not go beyond the one-hour mark. It is that competent, different, and, most of all, refreshing for me. It does not follow the usual thread or formula that we have seen in almost every movie that has come from Marvel Studios ever since they were purchased by Disney years ago. This was bloody, violent, and true to its nature of being man vs. beast, and in this case, mythical monsters that have been staples in Hollywood for nearly a century. We are talking about the kind of monsters you would fear as a child—the kind of monsters that are perfect for Halloween—but the same breed of monsters that belong to the realm of the comic book world as well.

Werewolf by Night, Man-Thing, and Elsa Bloodstone, welcome to the MCU.

DCEU is now officially known as the DCU

Since being named co-chairman and co-CEO of DC Studios, James Gunn has made an immediate impact on the world of DC Comics cinema. For me, James Gunn is qualified to be the head because he was the director of all the Guardians of the Galaxy movies and the Suicide Squad movie. James Gunn is a fan of comic books, and he likes to explore lesser-known, weirder, and more obscure characters. This is clear from the Guardians of the Galaxy movies, of which the third is now being made and will be the last one he directs for the MCU, and the Suicide Squad movie he became famous for. 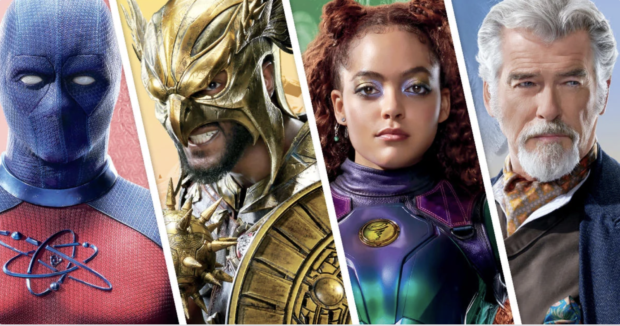 Everything is now on schedule for the upcoming movie projects from DC Studios. The Man of Steel sequel, the second Aquaman movie, and the long-awaited Blue Beetle movie are already on their list of films to be put out. I have to mention that a lot of people have been waiting a long time for the popular DC comic book and cartoon character, Blue Beetle, to make his long-awaited cinematic debut in the DCU. From what has been revealed thus far, three movies are going to be released quarterly, and of course, things can change, but for now, that is the news. That is only nine films, and there will be no oversaturation or flood of films from them. I think that is the right number and the best way to go about it for how their releases are scheduled.

Besides the slated release of the aforementioned three films out of the nine, the choice of theme, tone, presentation, storylines, and creative direction of these movies will change for the better under the careful watch of James Gunn.

While the DCU certainly has all the legendary (Superman, Black Adam, Batman, Wonder Woman, Green Lantern, Flash, The JSA, and others) comic book characters it needs to give the MCU a run for its money and be a legitimate competitor, it was always a question of having the right people with the long-term vision and commitment to make all of these things happen. Now, it is clearer than ever that there is a fitting person co-leading the ship, and I do not think the DCU has any problem now growing and rebuilding its fan base and going beyond that sooner rather than later.

Proof of that is that Dwayne “The Rock” Johnson, who portrays “Black Adam” and is the star of the movie of the same title, the latest movie to be released by DC Studios, is happy that James Gunn is on board and is committed for the next several years to bringing the DCU to the forefront of comic book-based movies and defeating the MCU for their number of box office hits. Will it happen? It can. The MCU is now making less money at the box office, and it seems like more MCU fans are getting tired of the same superheroes and want to watch something else. The DCU could be that welcome change or breath of fresh air that they are looking for.