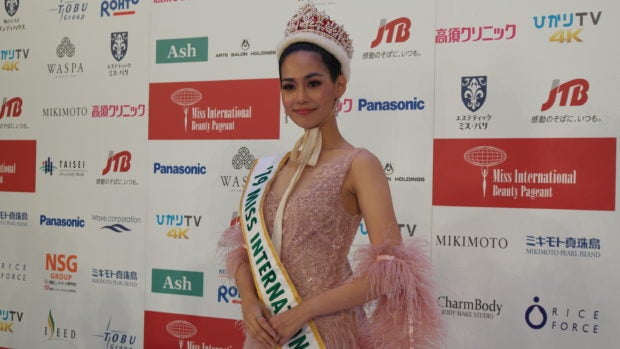 MANILA, Philippines — Aside from the unveiling of a new Miss International crown which will be shown in the pageant’s 60th edition this year, the Japan-based global tilt also launched a mobile app to further boost engagement with its followers starting with this year’s competition.

“It is said that nearly 60 to 70 percent of smartphone users would rather use an app than browse websites on their phones. Having an app makes it easier for most people to access the relevant information about our incoming pageant and the activities in Japan,” the Miss International pageant’s marketing manager Stephen Diaz told the Inquirer in an online interview.

Diaz said he has been convincing the organization’s leadership to release an app every year since he joined the team in 2018, but it was only this year that he was able to secure the approval needed to push through with the project. Diaz said he tapped his Finnish friends at Choicely to help develop the app.

“I wanted to reintroduce web voting, and having an app was part of the deal presented to me by Choicely. The main purpose was for the voting app,” he shared.

Diaz said he wanted to make sure the app will be user-friendly. “Choicely makes the best pageant apps, and they are doing a great job in helping me with the updates and other relevant features,” he continued.

The app may be downloaded for free through the Google Play Store for android users, and the App Store for Apple devices. Online voting will start on Nov. 30, and the candidate with the highest votes will earn a spot in the Top 15. 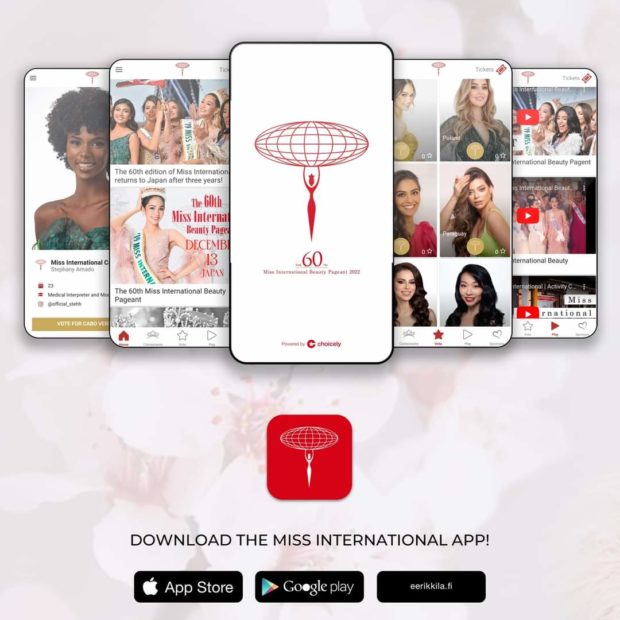 The Miss International mobile app is ready for download on the Google Play Store and the Apple App Store./MISS INTERNATIONAL FACEBOOK IMAGE

Diaz also shared some insights on the crown’s new design, executed by Vietnamese company Long Beach Pearl, which did not have the iconic velvet cap, fur trim, and white ribbon.

“They asked us if we intend to keep the velvet cap and ribbon. It was ICA (International Cultural Association, organizer of the Miss International pageant) who decided not to follow the Mikimoto style because that’s a patented signature look,” he said.

Mikimoto is the former crown sponsor of the Miss International pageant.

Diaz said they instructed the Vietnamese jewelry company to make a design that is “wearable for whatever hairstyle” because he said they had “a hard time putting the crown on someone with a high bun hair.”

Reigning queen Sireethorn Leearamwat, the first winner from Thailand, attended the unveiling of the new crown in Ho Chi Minh City in Vietnam on Nov. 5. Aside from being the pageant’s longest-reigning titleholder to date, she will also go down in history as the last queen to wear the decades-old crown.

Diaz also shared that they are currently negotiating with representatives from two countries “who are finalizing their bid to host Miss International in 2023 and 2024.”

Binibining Pilipinas Hannah Arnold will represent the Philippines in the 60th Miss International pageant. The coronation program is scheduled to take place at the Tokyo Dome City Hall in Japan on Dec. 13. EDV