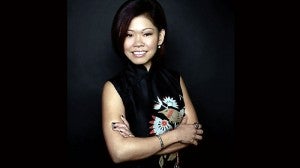 Loyal viewers should know that there is nothing random about the round-the-clock HBO playlist. A lot of thought goes into the selection of films and programs to run and, of late, to produce.

The process is repeated periodically, as many times as there are subscriber territories and cultures around the world whose sensibilities differ from one another.

Take the acclaimed mob series “The Sopranos.” Though it was widely popular in the United States and had won many awards, it could not be brought to Asia “until the market was ready.” That’s because the programmers “cherry-pick what will appeal to the region.” Which also means HBO Adult is not coming to Asia anytime soon.

These came up at a recent lunch with Jacelyn Kek, HBO Asia senior vice president for sales and marketing. Kek, visiting from the regional office in Singapore, was engaging and forthright about her company’s operations status and vision. You’d think after 40 years, HBO would be trying less hard. Turns out, it has latched on to the pack leader role and is not about to let go.

HBO is based in the United States, with main offices in New York.

As for the “box-office” in the HBO equation (H being “home”): The channel is able to bring blockbusters to subscribers through exclusive output licensing deals with four of the six major Hollywood studios—Paramount Pictures, Sony Pictures, Universal Studios and Warner Bros.

Now think “Sex and the City,” “Band of Brothers” and “Game of Thrones”—the three biggest HBO productions to date. The latest of these, “Game of Thrones,” is based on the first of the “A Song of Ice and Fire” series of high-fantasy novels by George R.R. Martin.

In a 2011 interview with the Inquirer, Martin said he could not have said yes to the prospect of filming his book faster than he did, because it was HBO bankrolling the humongous project. Online reports had estimated the production cost of the 10-part series at anywhere from US $1 million to $4.5 million per episode.

Such is the current reputation of the erstwhile straightforward “movie channel” as producer. Kek pointed out that more and more Hollywood movie stars were setting their sights on television, and that some of the most famous names had been attached to HBO projects: Angelina Jolie in “Gia” (1998), Claire Danes in “Temple Grandin” (2010), Kate Winslet in “Mildred Pierce” (2011), Dustin Hoffman in “Luck” (2012), Nicole Kidman and Clive Owen in the critically acclaimed “Hemingway & Gellhorn” (2012).

The great news is, the HBO producers’ radar is trained on Asia, and the Philippines, according to Kek, is “certainly one of the countries” being considered as a source of material—or materials, who knows? Already, HBO Asia’s first original co-production with Infinite Studios, “Dead Mine,” has finished shooting in Batam, Indonesia. Kek said, “Going into local productions is our way of adding value to HBO viewership in the region.”

Directed by British horror filmmaker Steven Sheil, “Dead Mine” stars Carmen Soo, the Malaysian actress who starred with Jericho Rosales in the 2008 TV series “Kahit Isang Saglit.” Which translates to just three degrees of separation between Pinoy material and HBO financing—definitely something to look forward to.

Other aspects tackled during the working lunch with Jacelyn Kek:

Asian appetite for HBO Originals has grown. Viewers are now watching original productions with as much fervor as they watch the blockbusters.

Why are we seeing more Hollywood A-listers in HBO  movies?

I guess because HBO gives the creative team full liberty.

How do you choose which shows to bring to Asia?

Tent-pole shows like “Game of Thrones” and “True Blood” are definitely brought to Asia. Everything else, we cherry-pick.

(In the movie business, the term “tent-poles” refer to initial offerings in a string of releases that are expected by studios to turn a profit in a short period of time.)

Any plans to cross over to other platforms/viewing devices?

The landscape is certainly changing and, with that, consumer behavior. Recognizing that, HBO Asia works with our cable and satellite operators to offer what the local systems/infrastructure can support. We are in talks to introduce HBO On Demand (like Video on Demand, only subscription-based) to the Philippines. HBO GO (streaming service available on Android smartphones) is available in the United States and we are exploring the business model under which it can be introduced in Asia.

Is HBO Asia inclined to produce a reality or game show?

HBO produced “Taxicab Confessions,” but that kind of show is too risqué for Asia.

Why was HBO Asia’s headquarters set up in Singapore?

Most networks’ Asian offices were based in Hong Kong before. The Singapore government issued policies that encouraged setting up offices there. HBO Asia was launched in Singapore in 1992, then in the Philippines in 1993.

Any plans to go after advertising?

Our channels are commercial-free and our business decisions are driven not by ad sales but by subscriptions. Except in India, which is a unique market.

Will we soon be getting HBO in 3D?

Not in the near future.

Subtitles in local languages are available in markets that require them. We generally like to keep our screens clean but if there is demand, we will definitely consider it.