Kris Aquino, now in Los Angeles for treatments, is still 'as sharp as ever' | Inquirer Entertainment

Kris Aquino, now in Los Angeles for treatments, is still ‘as sharp as ever’ 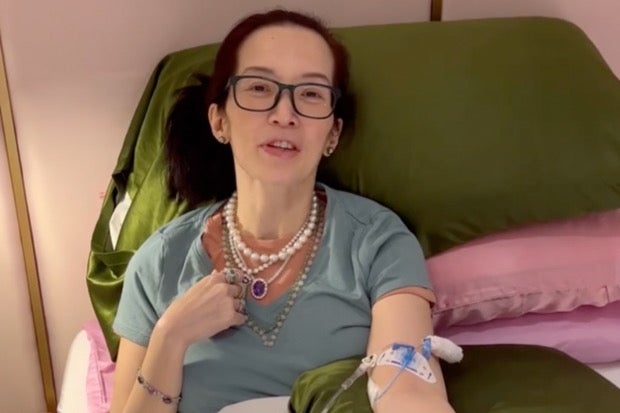 Kris Aquino’s friend, writer-editor Dindo Balares, gave an update on the Queen of All Media’s health, stating that she has left Texas and is now in Los Angeles for her medical treatments.

Balares disclosed this while showing an old photo of himself with Aquino, through his Facebook page last Thursday, Nov. 3. While he is the Philippines, he is in constant communication with the Queen of All Media even while she was seeking treatment abroad.

(How’s Kris? She is as sharp as ever, and still lively. The information shared by Ogie Diaz through his YouTube is confirmed: Kris has left Texas and transferred to Los Angeles.)

(She sent a video of herself with Josh and Bimb, I could screengrab it to update their followers but I was not able to ask permission from them. For the meantime, I am posting here one of our old photos together.)

Balares then talked about how Aquino supports his interest in farming, recalling their recent conversation where she offered to provide his farming needs.

“She’s as sharp, concerned, and loving as ever,” Balares concluded.

Aquino has been diagnosed with four autoimmune diseases but she revealed experiencing physical manifestations of a possible fifth illness. Despite her health condition, Aquino earlier said that she’s still blessed to have received prayers and kindness from people she have never even met. EDV