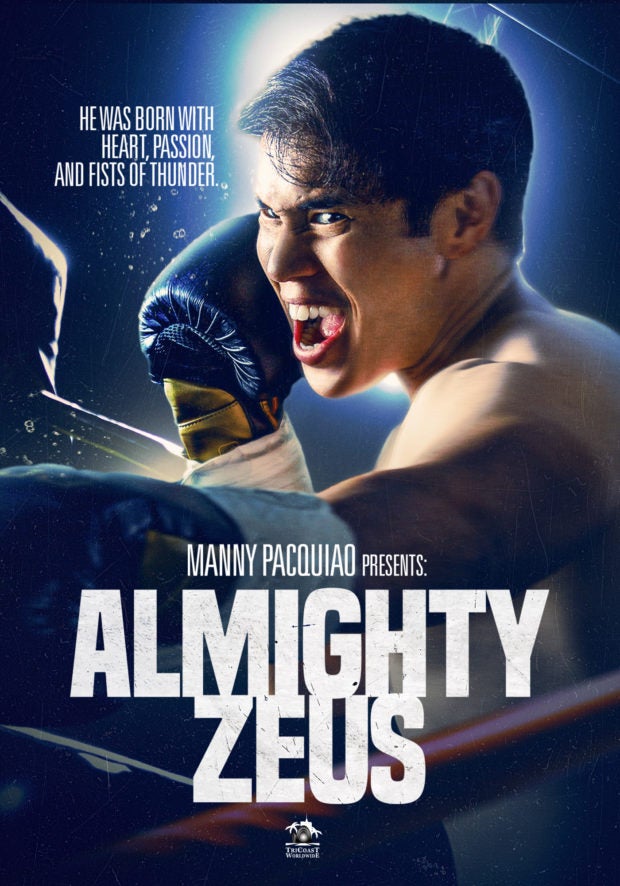 “Almighty Zeus,” a movie on Asian hate crimes executive-produced by Manny Pacquiao, is set to have its theatrical release in the United States by December.

The film—which is directed, produced and written by Filipino American Chris Soriano—will be released in various theaters in the US on Dec. 2, as per a release from production company TriCoast Worldwide yesterday, Nov. 1 (Oct. 31 in the US). Soriano also stars as the main actor in the movie.

“Almighty Zeus” tells the story of a middleweight boxing champion who loses his mother to COVID-19 and ends up challenging Zeus, an Asian American boxer, to punish in the ring. Zeus then meets neighborhood boxing legend Coach Green (Miguel Matos) who takes him under his wing and teaches him how to fight through the streets of Los Angeles.

The movie’s goal is to “showcase unity through the sport of boxing” and promote peace, as per release.

Pacquio had spoken about executive-producing “Almighty Zeus,” in an interview with CBS Los Angeles back in July 2021.

“I hope this [movie] will encourage and inspire a lot of people, not only in America but all over the world,” he said then. “Supporting this movie can help a lot and encourage people that we should spread love instead of hating each other, fighting each other.”

Pacquiao also stated on his Facebook page last June 2021 that he believed “this film will impact many lives.”

Filming for “Almighty Zeus” began during the pandemic and incorporated real hate crimes that happened to Asian Americans. For Soriano, there is a need to include such stories to the film in hopes of “[shining a] light on how the [US] could deal with racism toward minorities.”  /ra

Jinkee comforts Manny Pacquiao after loss to Ugas: ‘I’m proud to be your wife’