‘More than a great artist, Direk was a good person. He treated everyone as an equal’
By: Bayani San Diego Jr.
Philippine Daily Inquirer / 10:28 PM June 27, 2012 MARIO O’ Hara, left, and Ricky Lee at the Cinema One Originals awards in November, where O’Hara received a lifetime achievement award. “He understood the heart of a writer,” Lee said. richard reyes

Veteran actresses Anita Linda and Perla Bautista were inconsolable. They had planned to visit director-scriptwriter-actor Mario O’Hara at San Juan de Dios Hospital on Wednesday, but he died last Tuesday due to leukemia. He was 68.

The two seasoned actresses worked with O’Hara in numerous projects on both the big and small screens.

Linda recalled: “On the set of ‘Bakit Bughaw ang Langit’ (1981) Mario told me: [Director] Lino Brocka always made you play the martyr mother. I will cast you as a mean mother, for a change.”

Bautista is likewise thankful to O’Hara, who helped her win a Famas best supporting trophy for “Bulaklak sa City Jail” (1984). “He used to call me the ‘pleasant one.’ I would do 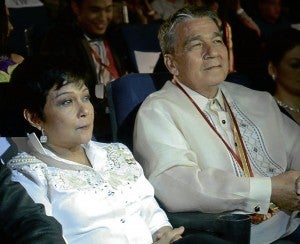 WITH friend Nora Aunor, who produced three of his best films. ROMY HOMILLADA

Recalled producer Robbie Tan, who worked with O’Hara for the 2010 Cinemalaya entry, “Ang Paglilitis ni Andres Bonifacio”: “Even when everyone on the set was tense, he never lost his cool. In spite of his many awards, he remained simple and unaffected.”

Carmi Martin, who was directed by O’Hara in the film “Bagong Hari” and the TV show “Carmi,” agreed: “He was always quiet on the set, always focused on his work.”

Fellow filmmaker Jeffrey Jeturian reminisced: “More than a great artist, Direk Mario was a good person. He treated everyone, from the utility man to the actors, as his equal.”

Actress Gina Alajar, who worked with O’Hara in “Bulaklak sa City Jail” and in the TV series “Lovingly Yours, Helen” said: “He was a principled man who stood by his beliefs.”

Character actress Caridad Sanchez proudly related that O’Hara was her leading man in the Brocka war film “Santiago,” which gave her a best actress trophy from the Citizens Council for Mass Media Awards in 1970. “He (O’Hara) underacted and helped me shine,” she recounted. 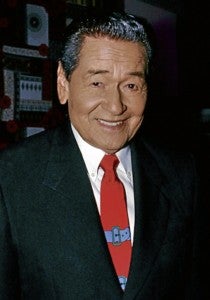 EDDIE Garcia has a funny anecdote.

“At the premiere night, we were seated far from each other,” Garcia related.  “I screamed from across the theater, ‘Darling, where are you?’ He was so embarrassed, he turned red.”

Although actress and Batangas Gov. Vilma Santos only had brief encounters with O’Hara, she vowed: “I will pray for the repose of his soul.”

Actor Gardo Versoza told the Inquirer: “I will never forget his smile. I never saw him angry … he never even frowned. ”

Versoza starred in two important O’Hara films—“Sisa” (1999) and “Babae sa Breakwater,” which was screened at the Cannes film festival Directors’ Fortnight in 2003.

Talent manager Ricky Gallardo volunteered: “Whenever he visited my house … he was content with hot pan de sal and coffee.”

Actor Bembol Roco described O’Hara as director: “He was straightforward, a good motivator. Work was easy because he was a dear friend. I met him through Lino, when we did plays 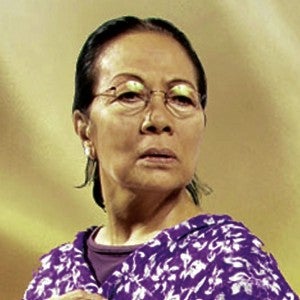 CARIDAD Sanchez: He helped me shine.

for Peta (Philippine Educational Theater Association).” O’Hara was Roco’s director in “Tatlong Taong Walang Diyos.” The actor said, “Though we spent a long time in Majayjay, Laguna, for that film, it was an enjoyable experience.”

Indie filmmaker Jon Red, who codirected the TV5 soap “Sa Ngalan ng Ina” with O’Hara, said that the older artist taught him that a personal film is like a home-cooked meal: “It’s a combination of the classic and subversive. He was a father, mentor and inspiration. Onward with the revolution, in the name of Mario.”

Scriptwriter Ricky Lee said: “Mario was a joy to chat with because he was a writer, too. He understood the heart of a writer.” 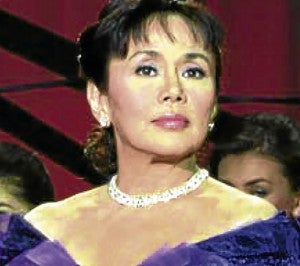 VILMA Santos is “praying for him.”

She was raring to start work with him again on a new film, “Luna Rosa,” which the director wrote for her. “I kept texting him, but he never replied,” Aunor related. “Then I learned that he had an attack on May 15 and was rushed to the hospital.”

According to O’Hara’s brother, Jerry, Aunor got to visit the filmmaker in the hospital last weekend.