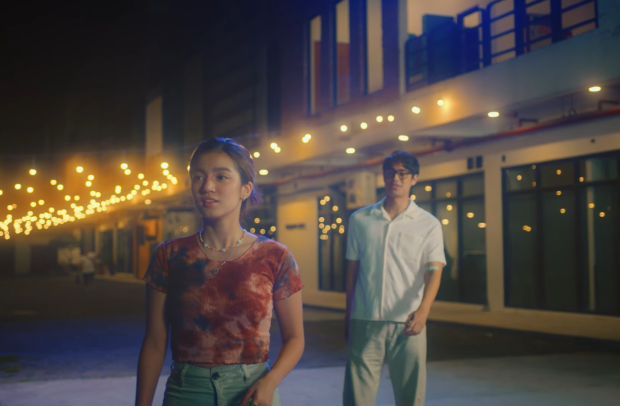 Donny Pangilinan and Belle Mariano have drawn up a contract for their relationship in the trailer for their second film together, “An Inconvenient Love.”

Ayef, earning only a minimum wage, goes about the hassle of everyday life and is determined to fulfill her dream of becoming a professional animator abroad without any distractions or inconveniences. In her bid to make this dream a reality, she and Manny strike a deal to enter into a relationship which will end in October, when she is set to fly abroad.

Manny initially agrees to the timeline of their relationship, but a confrontation shown in the trailer shows this does not appear to be the case.

“Mahal mo lang ako kapag masaya tayo (You only love me when we’re happy) because you want a perfect love that doesn’t exist. Sorry I’m an inconvenience,” he tells Ayef.

“An Inconvenient Love” is directed by Petersen Vargas and it will premiere on Nov. 23, marking Star Cinema’s return to cinemas since the start of the pandemic. It is also the second film in which Pangilinan and Mariano star together.

Mariano and Pangilinan, popularly known as the love team DonBelle, made their first movie team-up in “Love Is Color Blind” last year. They also starred in the digital series “He’s into Her,” which premiered in 2021 and ran for two seasons until last August. EDV/RA