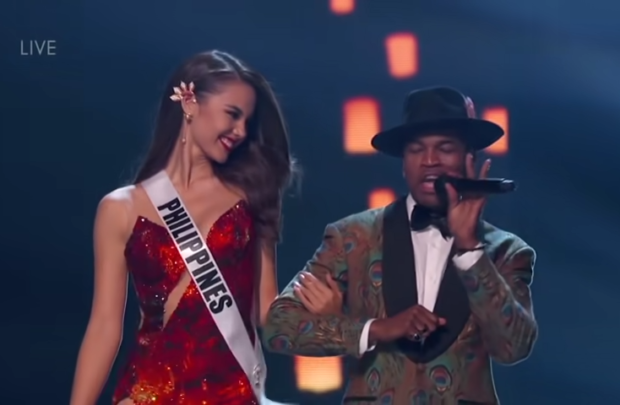 Catriona Gray is one happy fangirl after finding out R&B star Ne-Yo will be holding a concert in the Philippines next year, as she joked about re-creating her lava walk from the Miss Universe 2018 pageant.

“Getting my [tickets]. I’m sooo ready to fangirl again,” she said.

The beauty queen also responded to one @JohnRPuzon_ who asked event organizer Wilbros Live whether Gray would be doing her popular lava walk.

“Lava walk part 2?” she replied, along with a squinting emoji.

It can be recalled that Ne-Yo performed “Miss Independent” during the Miss Universe 2018 coronation night where Gray did the lava walk and was hailed the titleholder for that year. For Gray, doing the lava walk while Ne-Yo performed her “forever soundtrack” was one of her “ultimate favorite moments” from her pageant journey.

Aside from “Miss Independent,” Ne-Yo is known for other R&B hits including “So Sick,” “Because of You” and “Sexy Love.” The singer is also no stranger to the Filipino concert crowd as he had previously held shows in the country back in 2008, 2010 and 2015.

Ne-Yo is set to hold his “greatest hits” concert in the Philippines on Jan. 23, 2023, at the Smart Araneta Coliseum. Tickets for the event will go on sale starting Oct. 15.  /ra