Schwarzenegger calls for ‘fight against hate’ during Auschwitz visit 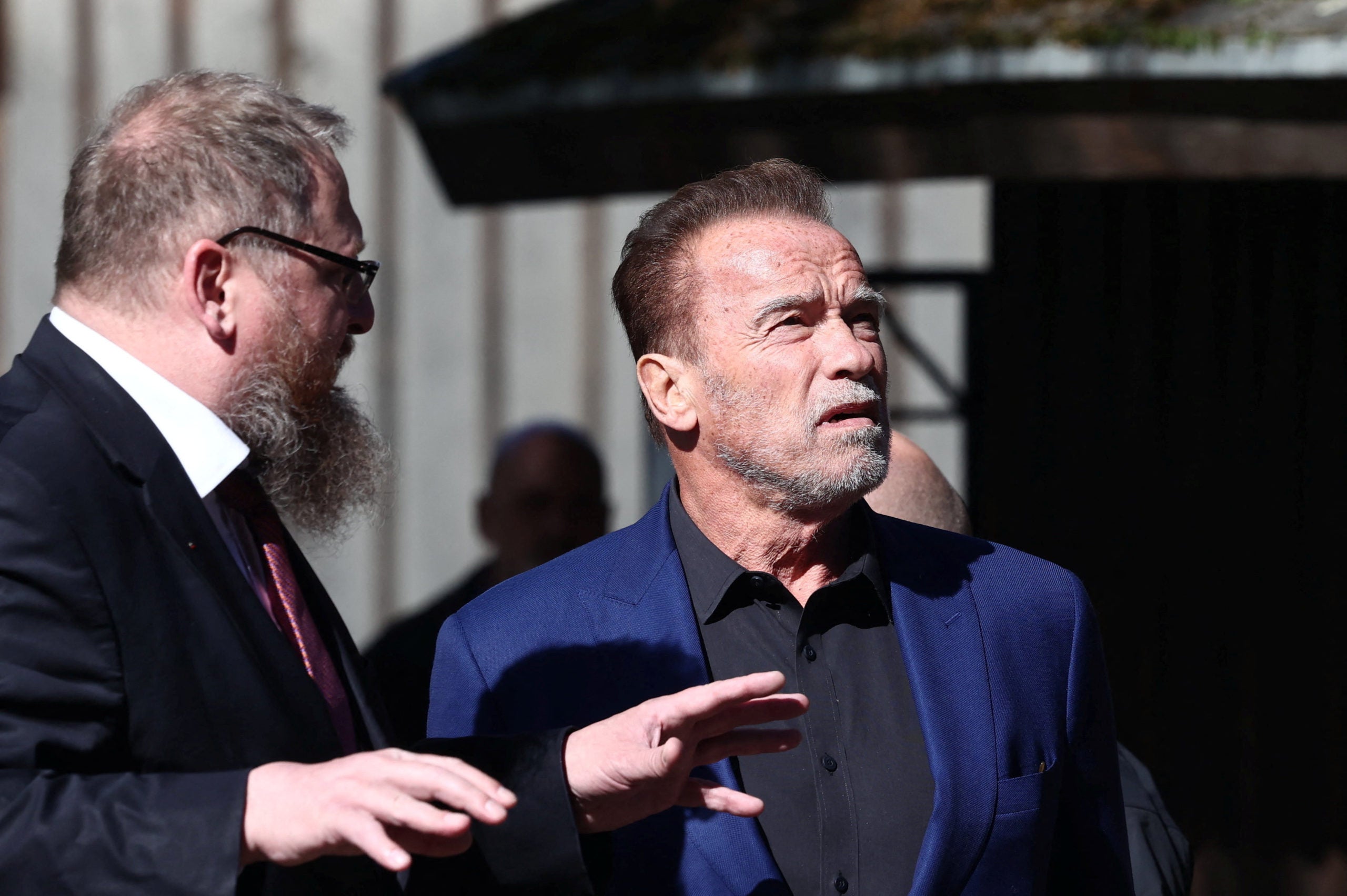 OSWIECIM, Poland  – Hollywood star Arnold Schwarzenegger visited the site of the former German Nazi death camp Auschwitz in Poland on Wednesday, vowing to fight hatred and discrimination and keep the story of what took place there between 1940-1945 alive.

Austrian-born Schwarzenegger, 75, is the son of a Nazi party member who served in the German army in World War Two.

The former California governor and Auschwitz Jewish Center Foundation Chairman Simon Bergson, the son of Holocaust survivors, highlighted how prejudice can be wiped out in the space of a generation.

“He (Bergson) was born after the Second World War to this wonderful Jewish family and I was the son of a man who fought in the Nazi war and was a soldier,” he told reporters.

“One generation later – here we are… we both fight prejudice and hatred and discrimination.”

More than 1.1 million people, mostly Jews, perished in the gas chambers or from starvation, cold and disease at Auschwitz, which the Nazis set up in occupied Poland during World War Two.

Schwarzenegger entered the camp through the main gate which bears the phrase “Arbeit macht frei”, or “Work makes you free”. He then visited the exhibition of the Auschwitz Memorial museum and a crematorium.

He placed candles at the ‘Death Wall’, where German soldiers shot many inmates, and at a monument to victims in the Birkenau section of the camp.

During the visit he also met Holocaust survivor Lidia Maksymowicz, who was an inmate in the camp when she was three years old.

“People like her can help us to never stop telling that story about what happened here 80 years ago… this is a story that has to stay alive,” Schwarzenegger said.