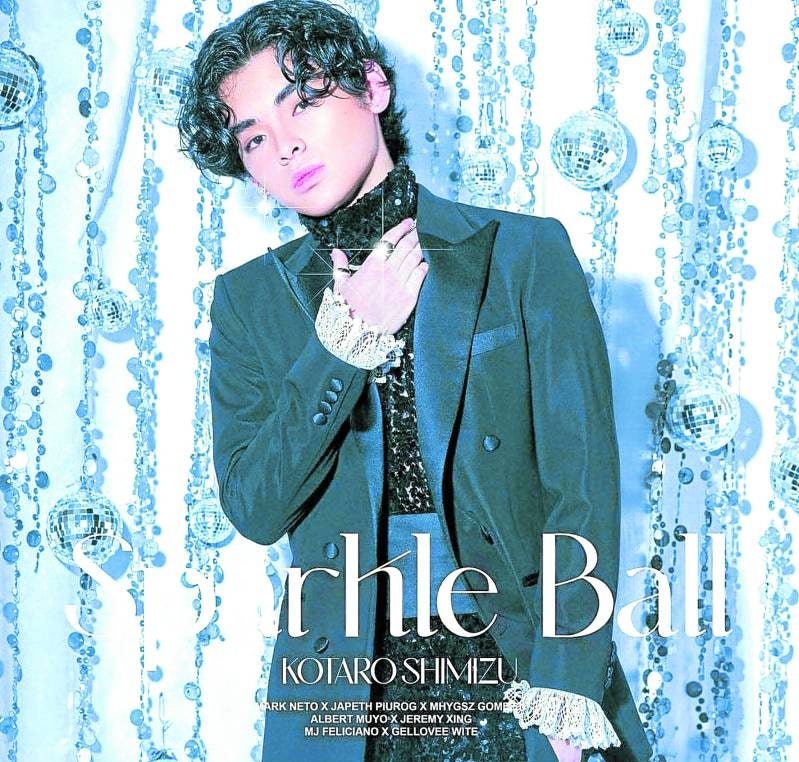 As a K-pop fan, Jean Garcia couldn’t help but feel kilig when she learned that her son, Kotaro Shimizu, had caught the fancy of social media users because of his pop idol-like good looks.

Because she didn’t have a partner, Jean asked her son instead to be her date at last month’s GMA Thanksgiving Gala. And when the photos came out, some fans were quick to point out that Kotaro bore a resemblance to music artist Kim Taehyung—who goes by the name V—of the K-pop band BTS.

“Siyempre kinilig din ang nanay. I’m happy because he gets people’s attention and they appreciated him even if he’s not a celebrity… Favorite ko pa naman si V. Nakakaloka!” Jean said at a virtual conference for her new afternoon drama series, “Nakarehas na Puso.”

Big social gatherings aren’t really Jean’s thing, so she’s grateful that her son kept her company and made the night memorable for her.

“I’m not used to big events where you have to dress up and be glamorous. I figured it would be sad if I went alone. My coactors would be there. But it would be better, I thought, if I had someone with me. I don’t typically bring him to work, so he was like, ‘What are we going to do there, Ma?’ And I said it was like a big party,” she related.

“Luckily, he said he wanted to experience it. We went to his godfather (designer Avel Bacudio) for his outfit. And we’re happy with how things turned out,” she said. Kotaro has yet to express interest in show biz. But based on his dance videos on Instagram, it appears that the 20-year-old boy is more into performing. “I’m not sure yet what we want to do. But he loves dancing and trains for that. So maybe singing could be next. But I would be supportive with whatever he chooses to do,” Jean said.

Should he decide to dabble in acting, Kotaro would be hard-pressed to find a better mentor. “I want to give him the freedom to choose. If he wants to be an actor, why not? His sister (Jennica Garcia) and I are actors. We know the ins and outs of the business and we can give him advice,” she said. “But now he’s just enjoying himself.”

Kotaro is Jean’s son with her Japanese advertising executive ex-partner. The actress once considered settling down in Japan, but decided to stay in the Philippines, where she can work and earn money for herself.

“I’m here working in the Philippines and he had his job in Japan. We planned on getting married and staying there. But I chose to be here. I loved him, but I guess I just couldn’t see myself being a stay-at-home wife. I couldn’t deny myself my need to work; I didn’t want to be dependent on my partner,” she related. They tried keeping a long-distance relationship, but eventually drifted apart. “There was uncertainty after the seventh or eighth year. We weren’t successful,” she said. 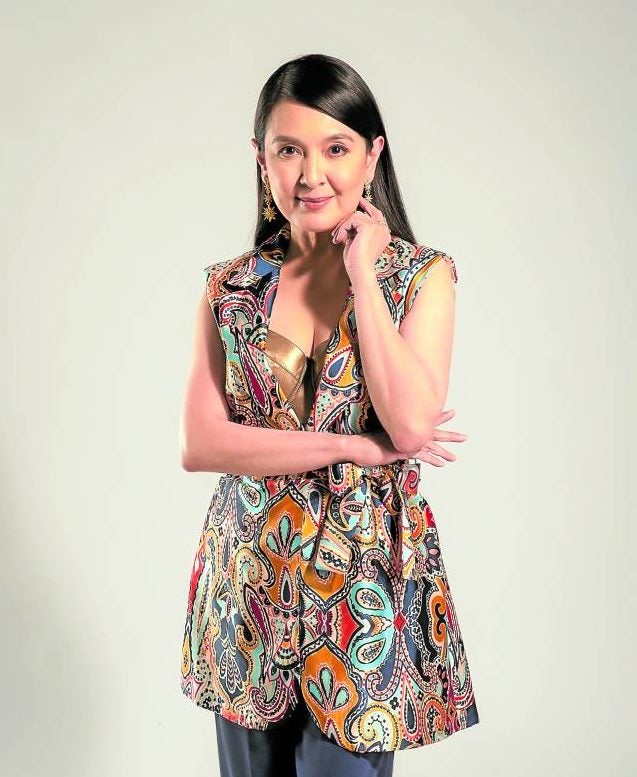 In “Nakarehas,” which airs weekdays on GMA 7’s Afternoon Prime block, Jean plays Amelia, a hardworking mother, who will do everything for her family. But in her desperation to give them a better life, she fell victim to shady people and—unwittingly—ended up working as an illegal drug mule.

She gets jailed for 16 years. On her return to the outside world, she finds that a series of misfortunes had befallen her family. And as she tries to win back her children’s trust, she must fend for herself from the evil schemes of her supposed friend, Doris (Michelle Aldana), who has long harbored romantic feelings for Amelia’s husband, Jack (Leandro Baldemor).

“When you’re poor and don’t have access to education, others will take advantage of you… My character delivered illegal drugs without knowing it was illegal,” she said, adding that the soap’s story highlights other injustices people—especially women—face in society.

“When I was reading the script, I felt that the things in it really happen to women and our countrymen. They think women are weak. And there are people who still have that thinking. But the good thing about Amelia is that she learns. She fights—not out of revenge—but out of her love for her family,” she said.

While Jean is known for portraying some of local television’s most iconic villains, like Claudia Buenavista in “Pangako Sa ‘Yo,” or more recently, Dona Banzon, in “Lolong,” the 53-year-old actress also makes a good protagonist. Both types of roles are challenging, she said, but can have different payoffs. “When you play a kontrabida, you have more room to experiment, unless the director has a specific vision. You get to make choices regarding your hair, makeup, clothes—everything,” she said. “But the challenge is that being angry is exhausting. Kulang nalang magkasakit sa puso after the director yells, ‘Cut!’”

Playing the protagonist can be as emotionally draining, but can be cathartic at times. “Getting hurt emotionally and physically is draining. It’s hard but at least you get to vent out your personal feelings at the same time,” Jean said.