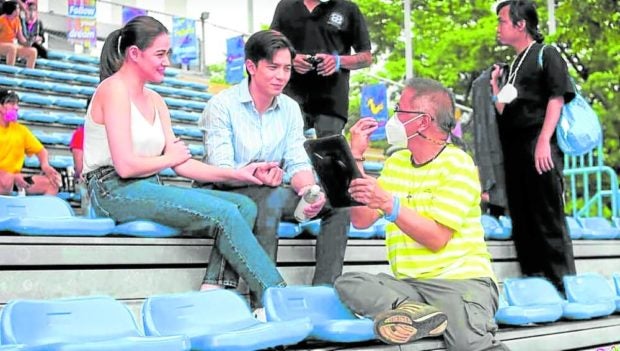 On the set of “Start-Up PH”

The challenge with locally adapting a well-loved drama series is that there’s already a benchmark by which judgment can be made.

So there’s pressure, Alden Richards admitted, to make sure that GMA 7’s version of “Start-Up” is at par—if not better—than the original from South Korea. “I didn’t really watch the playbacks of the scenes we shot. This is my first time seeing the trailer. And I can say that we have a show—we have a show we can be proud of,” he said at an advanced screening of “Start-Up PH.”

The Kapuso network’s version, which airs weeknights at 8:50 p.m. beginning today is the first-ever international adaptation of the acclaimed 2020 Korean series produced by Studio Dragon and distributed by Netflix.

Fans of the Kdrama will surely tune in with discerning eyes. Comparisons are inevitable, but that’s OK. “We can’t blame the fans for being protective of the original because they love the show. They want to see that its Filipino adaptation would be worth their while,” Alden pointed out.

“But based on the trailers we saw, may laban po ang show,” added the 30-year-old Kapuso star.

The series follows the four characters’ intersecting journeys toward success and selfdiscovery.

Putting his humble and troubled childhood behind him, Tristan becomes a coveted startup company investor. One day, he crosses paths with a familiar face from his past— Dani, a strong and ambitious woman who dreams of running her own company.

Dani has a long-lost pen pal named Dave, a software engineer, who, despite his genius, continues to struggle with the business side of his computer technology company and earns nothing from it.

Ina is Dani’s estranged elder sister who’s tasked to head his stepfather’s company, only to be ousted from power later on. She hopes to put up her own company, even if it means competing with her sister. 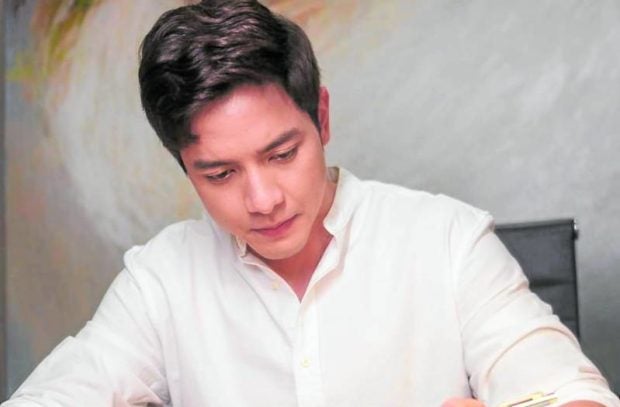 The show is Bea’s first major project as a Kapuso talent. There was an adjustment period, she admitted, but she doesn’t mind a bit of uncertainty or discomfort. “I welcome those things … I’m always on my toes. I wanted to make sure that I’m OK to work with. So, I tried to be the best version of myself with them,” she said.

While she has done several soaps with director Jerry Lopez-Sineneng in the past, Bea didn’t get to work with Dominic Zapata until this year.

“Direk Jerry was my comfort blanket. He knows me so well … We actors have good and bad days and he knows how to handle me whatever kind of day I’m having,” she said. “Direk Dom, on the other hand, is very happy on the set. He makes sure you’re OK and well-taken care of. And you just know that you’re up for an energy-filled day.”

Working with Bea was a dream come true for Alden. “The first time I met her was for an endorsement shoot in Bangkok. She was still with a different network back then, but I remember hoping that we could do a project together. Now it’s here,” Alden said.

Sharing the camera with someone as brilliant as Bea compelled Alden to to consistently give his best. “We never had a scene where she didn’t know her lines. I knew that I can’t be petiks or chill. Here’s someone putting in the effort and giving her 100 percent every taping day, so you can’t not do your job well,” he pointed out.

“Sobrang galing din niyang makisama. I first saw that in Bangkok. We talked for hours straight without running out of topics,” he added. “That’s how it is, still. We’re happy and proud to have Bea in this show.”

And the feeling is mutual, Bea said. “I’m thankful and flattered by his words. I feel the same way about him … He knew all the staff, the actors, everyone, so he was my welcoming committee,” she said of Alden. “He’s very playful and sets a happy tone on the set. I tend to be the serious type at work. I learned from him that I don’t have to take everything so seriously; that I can enjoy myself.”

Bea has been in show biz for 20 years now. But now, as a Kapuso, there are moments, she said, when feels that she’s starting all over again. “Back then, I had a lot to prove. I was afraid about what people would say about me. But now I care less about that and just focus on the things that make me happy,” she said. “I have learned to enjoy every moment more.” INQ