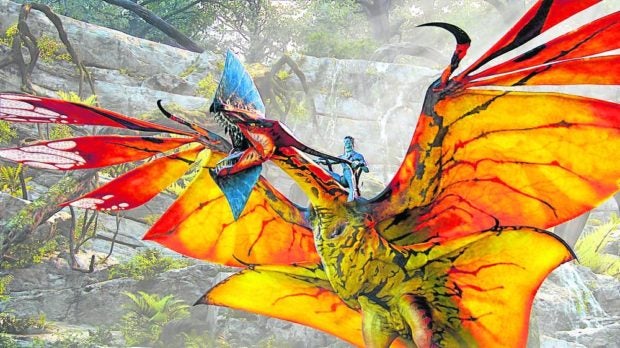 As conceptually and technologically daring as it was the first time it was released 13 years ago, James Cameron’s groundbreaking 2009 film “Avatar” is returning to Philippine cinemas on Wednesday in its remastered version, this time in stunning 4K.

There’s good reason why the high-tech gobbledygook mentioned above is as relevant as the film’s environment-driven themes: Given the $2.84 billion that it earned since its release, the innovative sci-fi production has become the highest-grossing film of all time, outpacing even “Avengers: Endgame” ($2.7 billion), James’ other box-office behemoth “Titanic” ($2.1 billion) and “Star Wars: The Force Awakens” ($2 billion) at the box office. 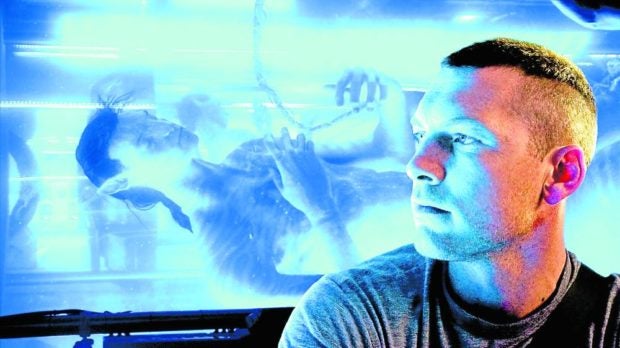 More than anything, the filmmaker’s cinematic oeuvre—most notably “Aliens,” “The Terminator,” “The Abyss,” “True Lies” and “Titanic”—bring an incredible sense of plausible complexity that often blurs the line between science-fiction and “science fact.”

Set in 2154, “Avatar” follows the adventure that wheelchair-bound former Marine soldier Jake Sully (Sam Worthington) finds himself in when he is recruited to take over the post of his dead twin brother at a human outpost on Pandora, a habitable moon in the Alpha Centauri star system.

Jake’s supervisors operate under a corporate consortium that’s mining the rare mineral unobtanium needed to solve the raging energy crisis on Earth. He is trained to “drive” the remotely controlled biological body of an avatar, which has human DNA mixed with that of the Na’vi, that can survive Pandora’s toxic atmosphere. 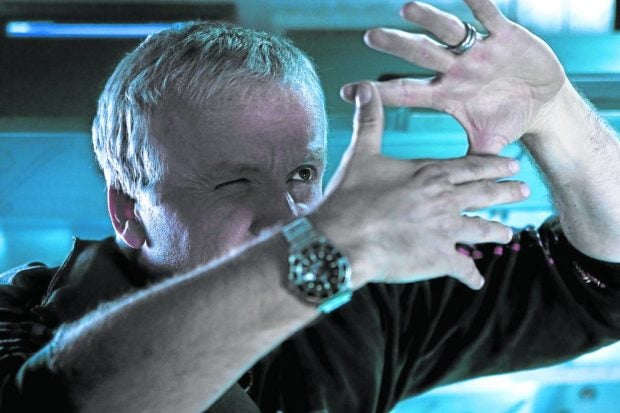 His mission: Infiltrate the Na’vi and drive them out of their homes, which are located in a region that’s rich in unobtanium deposits. Soon, Jake finds himself thrust into a monumental battle that doesn’t just test where his loyalty lies, but also decides the fate of an entire world.

“Avatar: The Way of Water,” the first of the franchise’s four sequels, will finally open in cinemas in December. So, it makes a lot of sense why Twentieth Century Studios is “reintroducing” the original movie as much to its avid fans as to a new generation of viewers.

Asked about the decision to rerelease the film, James said, “Look, it’s been 13 years since this was first released. So if you’re under 23 years of age, it’s unlikely that you’ve seen the film in a movie theater—which, in a way, means you haven’t ‘seen’ the film… because we made this for the giant screen, in 3D.

“And now, we’ve remastered it in 4K, in High Dynamic Range and at a higher frame rate of 48-frames-per-second. It looks better than it looked in its initial release. Even if people like the movie on streaming or Blu-ray, they still haven’t really seen the movie the way we intended it to be seen. It’s hard to say this with any degree of humility, but when we watched the film recently after we finished the remastering process, it blew us away!”

Musing about his movie’s enduring popularity, James said, “I think any film is only as good as the people in it. But ‘Avatar’ also took us out of our day-to-day problems… out of the political discourse and the chaos and disorderliness of real life. It took us to a place where, yes, there’s conflict, but they’re all seen through the lens of fantasy or science-fiction. 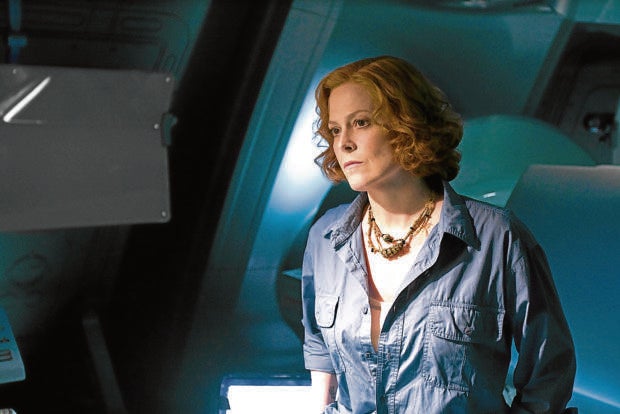 “People just surrendered to a sense of immersion in a world of fantasy, and they’re willing to go on this trip if they can relate to the main characters. People found universal truths about the human experience that they could relate to.”

Given the movie’s groundbreaking feats and stunning images, members of the cast were asked what their favorite memories were of making the film.

Sam shared, “When I first read it, it’s things like floating mountains. My biggest memory is when you’re at work, and you’re just giving in to your sense of play—because that’s how we made everything come alive in our minds.

“Every day, there was Jim saying, ‘Look, I’m going to build something that will translate to be the floating mountain, and I’ll have guys coming at you, and I need you to jump off the mountain.

“So, to me, that was part of the fun. I was like a 5-year-old kid in a big play pit, and the boss would say, ‘Get into it’—and that was the job. I kept pinching myself because I didn’t really think this was ever going to come out or be a movie. I just thought it was a bunch of fun, and I was allowed to experience it.”

For her part, Sigourney remembered being in her motion-capture suit. “My first scene was actually to play my character’s avatar, and there’s a screen over on the side where you can see a roughed-out version of what it will look like in the movie. In other words, I didn’t look like me in a suit… it was Grace’s seven-foot-tall avatar with her tank top on in this jungle.

“And that gave me a thrill… and a great sense of relief that maybe this would work. From this little room, we were going to create this other world that was so fantastic. The only way you can go to Pandora is by going to the theater and seeing it in 3D. That’s your rocket ship!” 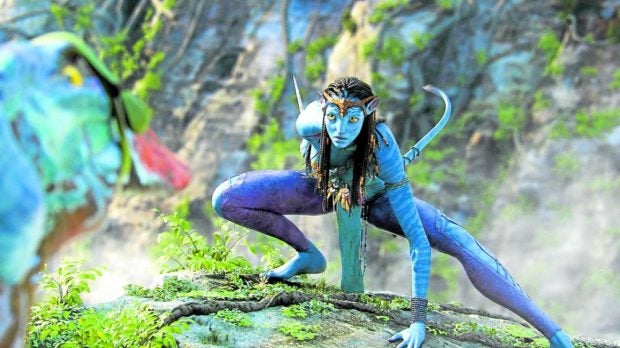 Michelle said that there’s one scene in the remastered version that she’s excited to see. “That would be the tribal ceremony at the Tree of Life, when they’re trying to bring back Sigourney’s character to life,” she pointed out. “There’s something really powerful about that moment, and it resonates with me in such a deep way because it’s so beautiful, natural, ancient and spiritual. I felt like I was on Earth looking at the ceremony while on some sort of hallucinogenic medicine (laughs).”

Zoe recalled how the experience of being in “Avatar” changed her as an actor. “I mean, we can see all the opportunities that being a part of this film gave me,” she admitted. “I was able to build a career and a lifestyle that support my family, which for artists is a very important thing. As an artist, it really instilled in me the discipline to dig deeper and create a backstory for a character. 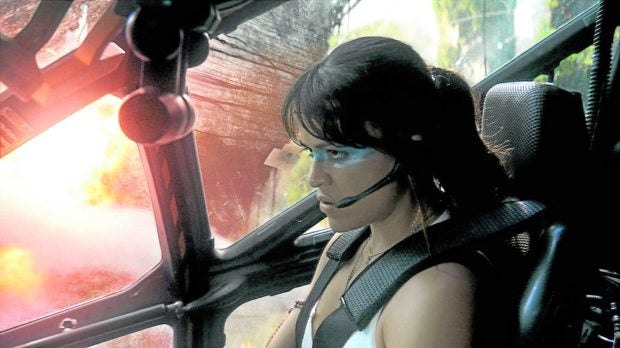 “I don’t have a lot of training in acting, but I do feel that being a part of ‘Avatar’ was my Juilliard, where I really got to play with people who were genuinely wishing me to succeed. I felt very free, and I got to try so many things!

“I remember Jim saying so many times, like, ‘There’s no such thing as a mistake. Just try it, and if we don’t like it, at least we tried it. I’d also hear him say to other people, ‘If I’m coming at you, it’s because something isn’t working, and you come at me with some bullsh*t story. Just tell me, ‘I don’t know what happened, sir’ (laughs).’

“And that’s definitely something that I still practice in my career. And now that I’m a mother, I get to pass on some of those teachings to my kids (laughs). I don’t know if they’re assimilating it, but I’m going to keep trying.”

Why are audiences still emotionally attached to “Avatar’?

Sam replied, “Look, this was a story about a young guy who went to another planet looking for something and wanting to belong—and he found it in another culture that he didn’t really know anything about. I think that sense of belonging permeates with all of us. We’re all kind of looking for our own little clan, our own group of people that can comfort us and give us confidence—this sense of wanting to belong.” 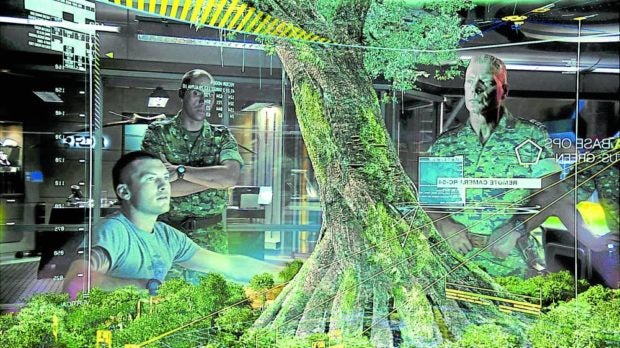 What were their first reactions the first time they saw the entire movie?

“It was remarkable to see it all realized from page to screen,” quipped Stephen. “It was just thrilling!”

Michelle agreed, “It was a ‘mic drop’ moment!”

Sigourney said that what really moved her was the production’s efficient use of the 3D technology. “It makes you feel like you’re in the room with Jake when he’s having to make some decisions. That you’re in the place with Neytiri when she’s moving through the forest. It took all the barriers away between me and the world in the emotional scenes with humans, and in the world of Pandora.

“And I found that I had much less objectivity. The decisions they made felt much more personal to me because I was in their world with them, so I also had something at stake in that world. I couldn’t get away. There was no escape (laughs).”

As for Zoe, watching the film for the first time in 2009 was nothing short of a “shocking experience,” she described: “I just kept trying to feel something because I was having such an out-of-body experience. I was completely enamored with what I was sensing, because it was an immersive experience unlike anything I had ever seen.

“I felt grateful and very humbled. I mean, let’s not forget that when ‘Avatar’ was released, it wasn’t like we came out with a big splash, you know? We were solid, but those ripples kept growing and growing as time kept going by. And ‘Avatar’ grew and became this really big thing!” INQ