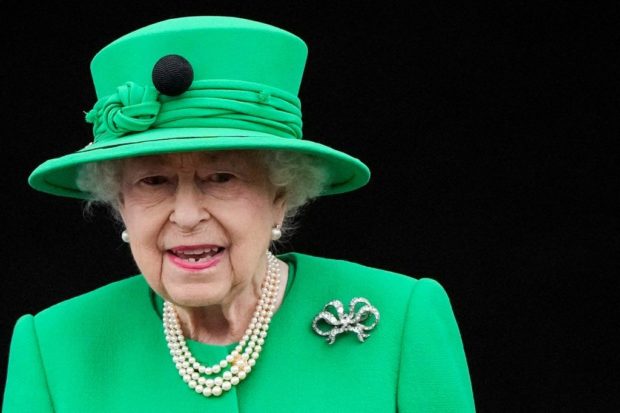 It’s the end of an era. Queen Elizabeth II died on Thursday, Sept. 8, at the age of 96. Over the course of her 70-year reign, the sovereign was a source of inspiration for many British and international musicians.

Some, like the Beatles, took a gently mocking tone while singing about the monarch, while others criticized her more vehemently. Here are five songs dedicated to this legendary figure of British culture:

‘God Save the Queen’ by the Sex Pistols

It is without doubt the most virulent, scathing song directed at the British monarchy. The Six Pistols marked a whole generation when they released “God Save the Queen” in 1977, for the 25th anniversary of Queen Elizabeth II’s accession to the throne.

Contrary to what the title suggests, it is not an ode to the monarch or a cover of the national anthem, but rather a punch-packing stand against authoritarianism. The punk band denounced “a fascist regime” headed by a monarch “who ain’t no human being.”

At the time, the Sex Pistols caused a scandal when they performed “God Save the Queen” aboard a boat on the Thames in front of the Houses of Parliament. The song was banned from the BBC airwaves while also earning legendary status in the history of punk rock. Sex Pistols lead singer Johnny Rotten (real name: John Lydon) recently revealed his “grudging respect” for the Queen in British news media Daily Mail.

‘Her Majesty’ by The Beatles

A few years before the Sex Pistols burst onto the scene, the Beatles also wrote a song about Queen Elizabeth II.

The band had met her in 1965 at Buckingham Palace, during a ceremony in which John Lennon and his bandmates received the Order of the British Empire. It was a distinction that, four years later, inspired a 26-second tune from Paul McCartney.

In it, the Fab Four’s singer describes Elizabeth II as “a pretty nice girl” but who “doesn’t have a lot to say.” An unusual little jibe from the most famous band of the ’60s.

‘On Her Silver Jubilee’ by Leon Rosselson

While they often criticize the monarch, the British nevertheless remain attached to Queen Elizabeth II. The proof perhaps comes in the form of “On Her Silver Jubilee” by Leon Rosselson. The English singer and children’s book author sings with a certain tenderness about the woman who has been a mother figure for an entire country for 70 years.

“She’s the rock of hope and glory in the quicksand of despair / For although the pound may tumble, although panic fills the air / Although government may crumble, and the cupboards nearly bare […] / She enfolds in mystic unity her subjects everywhere,” he explains in the song, from his album “If I Knew Who the Enemy Was.”

‘Rule Nor Reason’ by Billy Bragg

A true global icon, Queen Elizabeth II remains one of the most secretive women in the world. Much is said about her, but her tastes and true inspirations remain, for the most part, unknown.

Billy Bragg tries to hint at what these might be in his song “Rule Nor Reason.” He describes the Queen of England as a vaguely tragic figure, who particularly enjoys the records of the Welsh singer Shirley Bassey. Legend has it, however, that her favorite song is “Dancing Queen” by ABBA. The mystery remains.

‘Nothing Great about Britain’ by Slowthai

Like many young Britons, Slowthai oscillates between love and hate for all things British. He talks about his feelings with verve in the song “Nothing Great about Britain,” from his first studio album.

In it, the rapper does not spare Queen Elizabeth II, to whom he says, with his characteristic insolence, “I will treat you with the utmost respect, only if you respect me a little bit.” However, the tone changes somewhat when it comes to Kate Middleton, his “English rose,” who he might just marry if he could. DC/RA