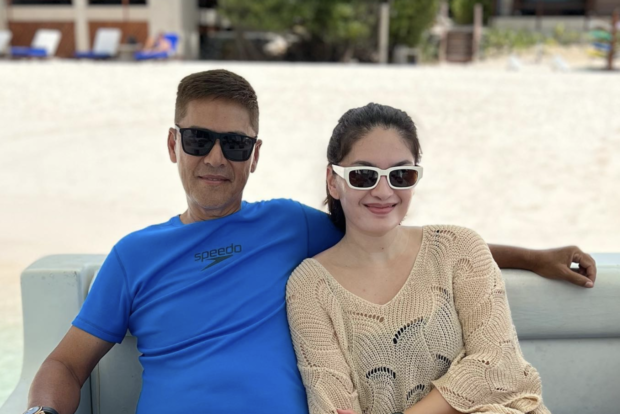 Pauleen Luna has stressed that she does not see an issue with her husband Vic Sotto’s children calling her by her first name, and that it should not be a cause for worry.

The celebrity mom, who has been married to Vic since 2016, opened up on her relationship with her stepchildren during a conversation with actress Camille Prats, for the latter’s YouTube vlog yesterday, Sept. 8. Luna, 33, has a close age gap with Sotto’s children: Danica Sotto, 40, Oyo Sotto, 38, Pasig Mayor Vico Sotto 33, and Paulina Sotto-Llanes, 31.

Luna admitted she is still not used to being a stepmom, but noted that her relationship with Vic’s children is “organic.”

(I’m going to quote Danica, “All of this, this is all organic. Nobody was coerced, nobody was forced. In other words, everything fell into place.” Of course I love them all, they are my husband’s children. That will never change.)

Prats then asked Luna about what Sotto’s children call her.

“My name. I have no issues with it. Andaming nagtatanong, ‘Ah, bakit ganyan?’ You know, wala akong issue, huwag niyong problemahin,” she answered. “May pangalan ako. Okay na iyon.”

When Prats pointed out that she could be called “ate” (sister), “tita” (aunt) or “mudrabels” (gay lingo for “mother”), Luna noted that she is okay to be called just by her name.

(I’m very much okay with just my name. That is okay. You know, there’s more to that. That is not the only basis for me to say they respect me.)

Luna and Vic started dating in 2011, but opted not to confirm their relationship until 2013. The couple got married in a church ceremony in Alabang, Muntinlupa, in January 2016. They have a daughter, Tali, who they welcomed in November 2017.  /ra

Pauleen Luna flaunts ‘pre-baby body’: ‘Not doing this for my husband’