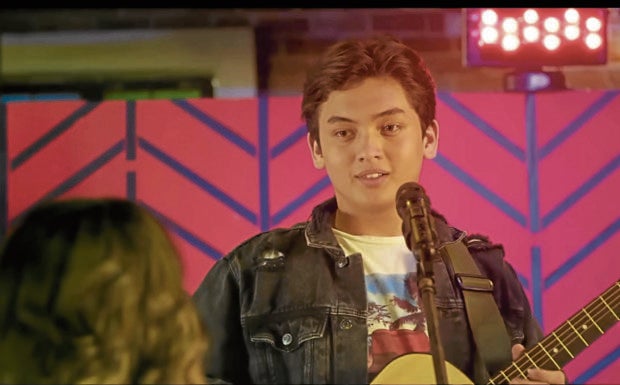 Seth Fedelin and Andrea Brillantes said that, unlike their characters in the digital series “Lyric and Beat,” they consider themselves lucky that their parents supported them in their journey to fulfill their dreams.

Seth said he was aware of people his age who dream of becoming artists but were forced to find a different career in order to help their families financially. “I understand what they are going through. One should deal with this situation depending on his priorities. Why pursue being a painter, for example, if you know that your family is hungry today? I would probably decide to be a seaman. That’s not a bad thing at all,” he told Inquirer Entertainment recently.

“I believe that if you really have the talent, you can still become the person you dream to be, even when you’re older. I actually know of a lot of people who finished school years after, when the financial situation of their families are already stable,” Seth, who is his family’s breadwinner, pointed out. “It’s OK if you decide to focus first on the things you have to do in order to provide for the needs of your family. For me, it’s all about prioritizing these ‘needs’ over my ‘wants.’ It’s all about selflessness.”

Of course, this is much different from young individuals forced by their own parents to pursue careers that they have no interest in, said Seth. Sadly, these are parents who live vicariously through their children, he added.

“We have to make them understand how important their support is. We draw strength and inspiration from them in order to succeed later in life,” the 20-year-old actor stressed.

‘Best to be practical’

Meanwhile, Andrea claimed to being able to relate to those who opted “to be practical in life.” She added: “I’m just lucky that with the career I dreamed of pursuing, I am able to earn enough to support my family, to cover all our expenses. But I also agree with Seth that if you want to pursue something but you’re not sure you’d succeed, and your family needs your help, then it’s best to be practical.

“You can always go back to trying to achieve that dream later. But for now, you have to make sure your family is financially secured, that you are able to sustain the kind of lifestyle your family has,” said Andrea, 19, who is also a family breadwinner. “I’m not saying that you should forget about your dream altogether. Sometimes, we just have to sacrifice our personal interests for a while. It’s inevitable that our decisions get affected by the circumstances around us.” 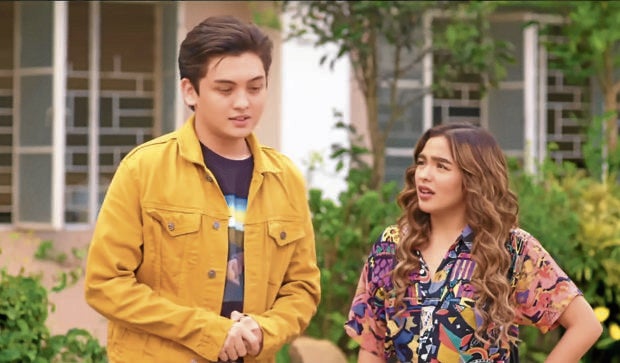 Scene from “Lyric and Beat”

Andrea continued: “I also dream of finishing college in the future. To be honest, I’m not financially ready for that yet. The course I plan to take will require me to let go of acting because it’s difficult and time-consuming. These days, school is no longer just for a specific age range. Whether you’re young or old, as long as you are hardworking and relentless, you will be able to graduate at a time suited for you.”

Preparations for the series

Andrea said preparations for the series—attending acting, singing and dancing lessons—began in December 2021. They started shooting for the series in Baguio City in January, but had to discontinue because of the COVID-19 Omicron surge. They resumed in February and concluded in March. 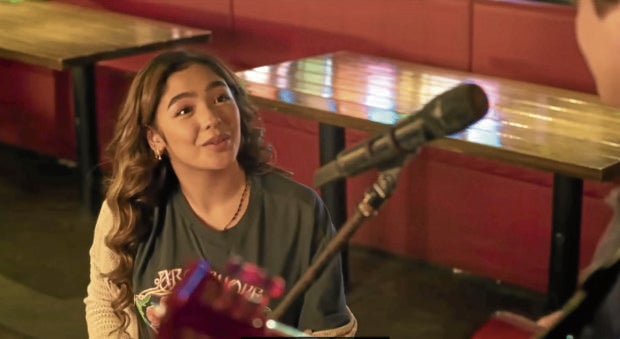 “I’m no dancer, so I was super stressed with the role. All I could think of was the choreography and whether or not I was doing it correctly,” said Seth when Inquirer Entertainment asked what it was like to shoot on location and inside a bubble. “After the shoot, I was so happy because I thought I will finally be able to leave this memory in Baguio. But I later realized that we had to do more dancing as part of the program’s promo. This made me feel nervous all over again.”

Andrea, meanwhile, said she felt sorry for being the last to finish dubbing her lines and recording her songs. “I lost my voice for quite a while because I got busy helping in the campaigns during the national elections. My voice took a long time to come back because of the strain. I guess that’s why most of the scenes I did for this project are still very fresh in my mind. Also, Lyric and I have similar personalities. It’s actually hard to tell one from the other,” she said. INQ

Read Next
Challenging role in medical drama series a fulfillment of Jillian Ward’s dream
EDITORS' PICK
Lawmakers eyeing more changes in Maharlika plan
Shop smarter with vivo’s big 12.12 holiday deals
How not to retire as an ex-president
The vivo Y02 is now available in the Philippines for only PHP 5,299
House energy committee chair Arroyo bats for cheap electricity
Hidilyn Diaz wins only gold missing from her collection
MOST READ
Don't miss out on the latest news and information.