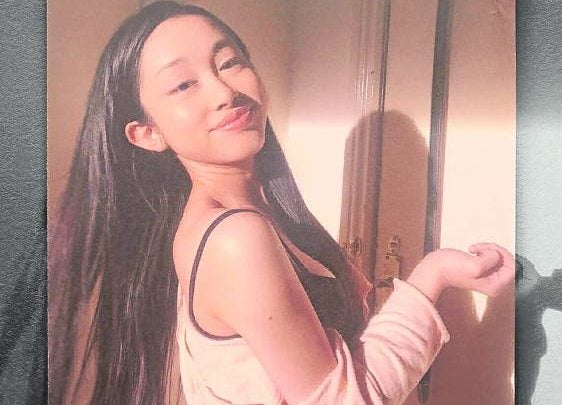 Now that she has graduated from high school, “Ireland’s Got Talent” Season 1 semifinalist Shaniah Rollo can finally focus on her budding career in music. And on the top of her to-do list is releasing original material.

Though she already has three singles under her belt, the 18-year-old’s most recent release, “Just Stay,” is the first one she personally wrote.

“I want to be known for my own music. Releasing a song I composed gives me confidence to continue writing. Being able to write your own music can be an advantage… I love writing songs more than singing covers. I can express myself a little more. But of course, I still have a lot to learn,” she told the Inquirer in an online interview.

Released under RJA Productions, “Just Stay” is a whimsical acoustic midtempo song about love and reassurance. “It talks about admiring someone and asking a romantic partner a question we already know the answer to. We want security and reassurance in a relationship,” Shaniah said of the song, which she wrote when she was 14.

As a songwriting newbie, Shaniah opted to express her feelings in the simplest and most genuine way she could. “It was inspired by the song ‘Feelings are Fatal’ by American singer-YouTuber Mxtoon. It doesn’t use overly descriptive or poetic languages, but it still resonated with me,” she related.

“I wasn’t confident with my songwriting. But Mxtoon’s songs made me feel optimistic and think that maybe I could also write something that would resonate with people even if it’s not poetic,” said Shaniah, who gravitates toward R&B music.

Shaniah, who hopes to put together her first album soon, is determined to write more original singles. Or perhaps she can pick out a few from her collection of songs that she has yet to show anyone else.

“When I compose songs, I draw inspiration from my life experiences. They deal with themes such as change, overthinking, friendship, self-care and growing up. Hopefully, I can release these compositions as well. I really enjoy singing. However, songwriting gives me a different kind of enjoyment. And I find it delightful to create a song that expresses my thoughts and feelings,” she related.

Born and raised in Laguna, Philippines, Shaniah moved to Ireland in 2016. Two years later, Shania’s musician father entered her in “Ireland’s Got Talent.” She was an introverted kid and the idea of performing in front of a big crowd terrified her. Still, she nailed her performance of Cyndi Lauper’s “True Colors” in the audition round and brought all four judges to their feet.

The stage shyness is still there. But she hopes that her plans to go busking in Ireland can help her get used to singing around people. “I have been learning new songs for that. I want to try performing in the streets to build confidence,” she said. “I’m 18, but I still stutter when I speak sometimes. But I know I can’t not talk and socialize.”

Aside from releasing self-penned songs, Shaniah also looks forward to flying to the Philippines in the coming year to do gigs and make guest appearances on television. Is there any particular Filipino artists she wants to see or collaborate with?

Arthur Nery and Moira dela Torre immediately come to mind. “Arthur’s voice is really soothing; I haven’t heard anything like it. It’s something the whole world should hear. I also love Moira because I find myself crying over her songs—even the ones I can’t relate to,” she said.

Shaniah’s biggest inspiration are her parents, who made countless sacrifices to help her achieve her dreams. “Music has been a big part of my life. My mom used to be a singer with my dad as her guitarist. My dad lived here in Ireland alone for years, working as a musician to support us who were in the Philippines then,” she related.

“I will persevere with my singing and songwriting career so I can repay my parents for all the sacrifices they made for our family… I will do all these things because I know talent is not enough to make my dream a reality, it also takes a lot of hard work.” INQ