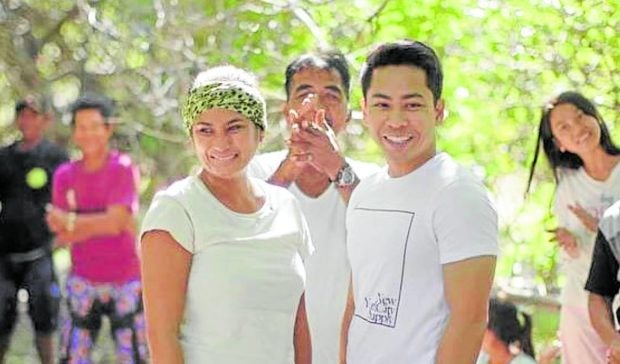 Educator and filmmaker Alvin “Vim” Yapan swore that his latest project, the docu-drama “Hulagway,” which documents the endangered languages of the Dupaninan Agta (Isabela), and the Tandulanen Tagbanua (Palawan), is the most physically and mentally challenging film that he has done so far.

“Hulagway: Dokumentaryo ng mga Wika at Kulturang Filipino” follows the journey of Consuelo (Sue Prado) and Robert (Kalil Almonte) against the backdrop of the changing ecosystem in the grasslands of Isabela, where endemic grasses are being slowly displaced by invasive foreign species, and ends in the beaches of Palawan that were once inhabited by mythological crabs.

Their 12-hour road trip to Isabela was definitely one of his toughest, recalled Yapan. “In the film, you will see the ‘kuliglig’ (a two-wheeled vehicle pulled by a two-wheeled tractor) beautifully photographed. However, the terrain is so rough that when the kuliglig runs over stones I would feel like my soul is trying to escape my body,” Yapan told reporters during a Q&A session after the documentary’s media screening at Cinema ‘76 in Anonas, Quezon City.

“Looking back, I can’t imagine how I was able to fulfill the physical demands of the whole project. In Palawan, we had to climb a rock formation and shoot there. Buwis buhay! We only had a crew of 15. It had to be small in number because we needed to transport everybody to the locations,” he told Inquirer Entertainment.

“We didn’t work on a script. I simply gave my actors some pointers on what could happen when visiting the communities. While I studied the languages beforehand, I could only give them an estimate on what would come up during the shoot. Oftentimes, I would complete the research only the night before,” he recalled.

“Hulagway” (or image) is produced by the National Committee on Language and Translation under the Sub-commission on Cultural Dissemination, which is one of 19 committees of the National Commission for Culture and the Arts (NCCA).

“I have no regrets doing it. I’m definitely proud of this one. The original arrangement with the NCCA was that we will provide the agency a 10- to 20-minute video per language, but we wanted to make the most of our trips. Both materials are so rich so we decided to make a film, too.”

The director then disclosed that the rituals and ceremonies that are showcased in the film are merely “recreations.” He explained: “When shooting documentaries like this, most indigenous communities get exploited. We made sure to avoid this from happening. When I spoke with the IP (indigenous people) community leaders for the first time, I told them, ‘this is a movie and you are also members of the cast.’”

He continued: “It’s sad that the wedding ceremony that used to be a common practice in San Vicente, Palawan, has become outdated, so we had to recreate it. The community elders acted out how they remembered the ceremony.”

The ritual of an elder healer dancing on glowing embers has long been banned in Palawan, said Yapan. “This was because some healers went overboard and got hurt in the process. We didn’t want our subject to dance on actual embers so we simply added computer graphic images during postproduction,” he explained. 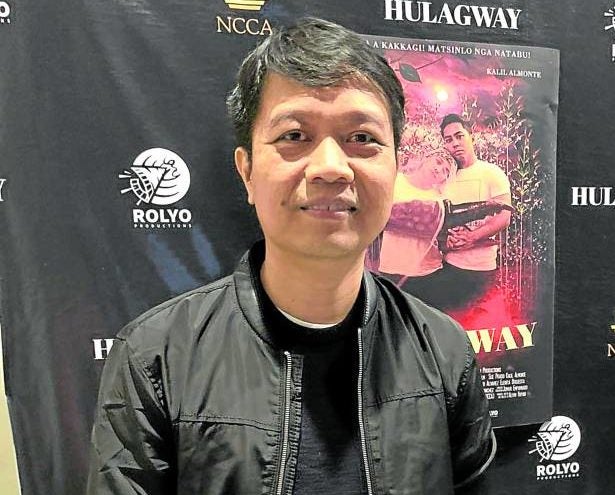 Almonte said he was impressed when he first found out how strict the National Commission on Indigenous Peoples is in observing protocols related to the IPs. “We had to sign an agreement and commit to really protect the IPs, to make sure they are not exploited or abused during our shoot. That, for me, is a beautiful thing,” he said.

“Another important experience for me was the opportunity to witness an oral tradition being performed. The aunts and uncles we met are awesome storytellers. They did everything so spontaneously. It was an honor to have witnessed what they call ‘salin-dila,’” Almonte added.

For Prado, working on “Hulagway” enabled her to have some quiet introspection. “I had to speak to four elders of the Dupaninam Agta for the movie’s first segment. They’re the only people who are able to speak the language there. I realized that if we lose them, the language will forever be erased, and possibly, also the unique culture that they have,” she began.

“I know this sounds cliché but that thought made me ask myself who I am in the whole scheme of things. The experience was humbling. I didn’t just feel small, but insignificant,” the actress admitted.

Prado said the group started working on the project in 2018. Back then, they had wanted to document nine dying languages. However, with the minimal budget, they could only afford to do two.

For Yapan, the Eskayan language of people living in Escaya, Bohol, is worth mentioning. “It’s a controversial language. They created alphabets using their bodies. It was fascinating to discover that we have something like that, too. An Australian research group is currently documenting it. I told my actors, ‘I need you to be fit and buff. I want to see you doing all those positions in the nude!’ If only we could raise more funds to carry on with the project,” the director said.

The documentary is divided in two parts, with the first titled: “Mappaya a Kakkagi” and the second, “Matsinlo nga Natabu.” Yapan added: “As a poetic and lyrical rumination on the beauty of words, this film shows how language is indeed the soul of a culture.”