New ‘Lord of the Rings’ prequel series praised as a ‘masterpiece’ 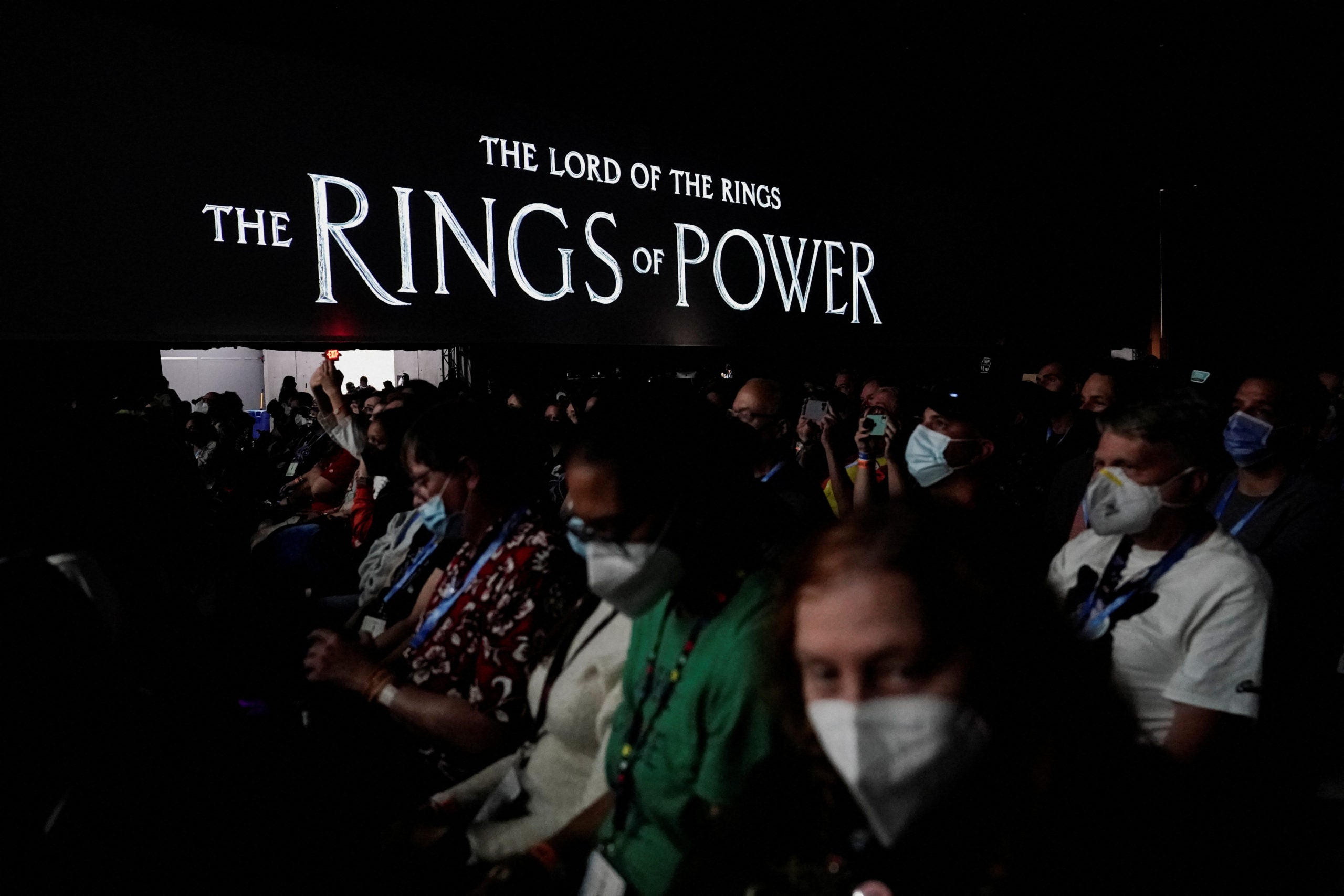 Fans listen to a panel introducing the Prime Video streaming series The Lord of the Rings: The Rings of Power at Comic-Con International in San Diego, California, U.S., July 22, 2022. (REUTERS)

The long-awaited “The Lord of the Rings” prequel, “The Rings of Power,” received widespread praise from television critics, with most reviews applauding the plot, visuals and cinematography of the first two episodes.

Exploring Middle-earth’s Second Age, the series from Amazon.com Inc’s Prime Video uncovers the story behind the forging of the rings and tells of an alliance formed between elves and men to fight an ancient evil.

“Lord of the Rings: The Rings of Power,” which debuts on the streaming service on Friday, scored an 84% positive rating on the Rotten Tomatoes website among 136 reviews of early installments.

Erik Kain from Forbes “came to this series a skeptic,” but after the first two episodes was a “believer.”

“What showrunners Patrick McKay and J.D. Payne have created is something simply staggering in scope and scale, in raw beauty and magnificence,” he said.

“It is nothing short of a masterpiece.”

While many fellow critics shared that enthusiasm, a few reviewers were not impressed.

Darren Franich from Entertainment Weekly thinks there are “ways to do a prequel” – and says “Rings of Power” does them all wrong.

The series “takes six or seven things everyone remembers from the famous movie trilogy, adds a water tank, makes nobody fun, teases mysteries that aren’t mysteries, and sends the best character on a pointless detour,” Franich wrote.

By contrast, Elijah Montoya of Geeks of Color believes the series will ignite love from “The Lord of the Rings” fandom. He sees the prequel going “the distance” and allowing the franchise to retake “its rightful place.”

“A world based on J.R.R. Tolkien’s creations will soon be the most vibrant jewel in the pop culture crown again,” Montoya wrote.

TAGS: Lord of the Rings, Movies