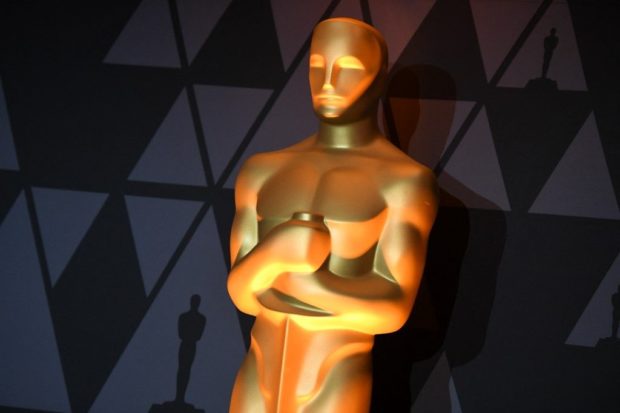 The Academy has moved to confront accusations of a lack of racial diversity in recent years. Image: AFP/Angela Weiss

Nearly 50 years after she was booed off the Oscars stage for declining Marlon Brando’s award on his behalf in protest at the film industry’s treatment of Native Americans, Sacheen Littlefeather has received an apology from the Academy of Motion Picture Arts and Sciences, the group said Monday.

Littlefeather, who is Apache and Yaqui, was heckled at the 1973 Academy Awards while explaining at his behest why an absent Brando could not accept his best actor Oscar for “The Godfather.”

She later said veteran Western star John Wayne had to be restrained from physically assaulting her, in an incident that has since drawn comparisons with Will Smith’s infamous attack on Chris Rock at this year’s ceremony.

“The abuse you endured because of this statement was unwarranted and unjustified,” said the apology letter sent in June from then-Academy president David Rubin. “[…] The emotional burden you have lived through and the cost to your own career in our industry are irreparable. […] For too long the courage you showed has been unacknowledged. For this, we offer both our deepest apologies and our sincere admiration.”

The Academy released the letter as it announced that Littlefeather has been invited to speak at its film museum in Los Angeles next month.

The museum, which opened last September, has pledged to confront the Oscars’ “problematic history” including racism. One display already tackles the harassment of Littlefeather.

“Regarding the Academy’s apology to me, we Indians are very patient people — it’s only been 50 years!” Littlefeather said in a statement.

“We need to keep our sense of humor about this at all times. It’s our method of survival,” said Littlefeather, describing the upcoming event as “a dream come true.”

“It is profoundly heartening to see how much has changed since I did not accept the Academy Award 50 years ago. I am so proud of each and every person who will appear on stage,” she added.

The Academy has moved to confront accusations of a lack of racial diversity in recent years.

In 2019, “Last of the Mohicans” star Wes Studi became the first Native American actor to receive an Oscar, with an honorary Academy Award recognizing his career.

Its museum has also hosted virtual events on women who achieved historic Oscars milestones including a talk with Buffy Sainte-Marie—the first Indigenous person to win an Oscar, for best original song in 1983.

“We didn’t want to erase films and artists and moments that may be uncomfortable. We wanted to confront them and contextualize them, throughout all of our core gallery spaces,” Bill Kramer, then the museum’s director, told AFP ahead of its opening last year.

The Academy faced criticism for its handling of Smith’s assault on comedian Rock during this year’s ceremony.

Smith—who went on to win the best actor award—marched on stage and hit Rock for making a joke about his wife, in an incident that overshadowed the March ceremony, being broadcast live around the world.