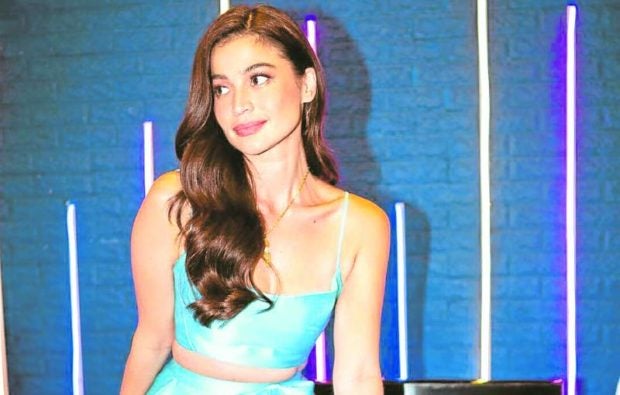 Each parent has his or her own unique journey, according to new mom Anne Curtis.

“When it comes to parenting, what you do won’t always be right in the eyes of others, but it’s the right way for you. This is the best parenting tip I’ve received from my own mom. I think what she is trying to say is, you’re not the perfect parent, no one is, so don’t let what other people say affect you,” declared the mom of 2-year-old Dahlia Amelie.

The wife of vlogger and restaurateur Erwan Heussaff also claimed that she is a “super hands-on” mom and wife. “I think that’s the gift of having to go through the series of lockdowns because of the pandemic; it really gave me an opportunity to focus on being a mother and a wife,” she pointed out.

With her husband being half-French, Anne said she would apply “a mix of both Filipino and French parenting styles. Also, when I talk to Dahlia, I speak Tagalog, English, and also French. Sometimes, she would speak in Taglish, like ‘can I upo (sit) here?’ Lumalabas na ang pagka-Anne Curtis niya,” the actress said, laughing.

When asked whether or not Dahlia is already aware of the kind of work her mom does, Anne said: “She knows I’m a singer. Feeling niya kasing ganda ng boses ko ‘yong kay Elsa (a character in the animated film ‘Frozen’).”

Anne added that she is slowly preparing Dahlia for the time when she has to go back to work full-time. “The reason I waited this long was that, at least now, she is taking up classes during the day. She now has a social life. Her papa has also started going to the office, compared to before when everyone had to work from home,” she explained. “The good thing is that Dahlia is not super clingy because we taught her that she should play independently. Now, she is just more aware when her parents are leaving the house.”

Anne recently started “getting into the groove again” by returning to hosting the noontime game show “It’s Showtime!” twice a week. She also had a concert, her first live performance in three years, titled “Luv-Anne” in June.

“The concert was just a one-day thing. With ‘Showtime,’ I’m slowly getting there. I think acting is my next thing. I want to have a comeback. As a host, I’ve missed the madlang pipol. When I returned to hosting, we still didn’t have an audience and the health protocol was still too strict. At least now, slowly, we’re welcoming more audiences again and are having more interaction with them,” Anne told reporters during the launch of the American streaming platform Prime Video’s “Worth the Wait” campaign, of which she is ambassador.

“I think that’s one of the good things about the streaming culture that’s growing all over the world now. It made me miss acting, especially now that there are so many genres being offered. You get to see them with just a flick of a remote,” she pointed out.

With her as the ambassador, Anne explained that Prime Video is reintroducing itself to the Philippines. “What’s great is that its focus is on the local market, as well as on Asia. It will be producing local content, which would be great because it’s also a way of supporting our entertainment industry,” she pointed out.

Asked for her recommendations, Anne replied: “I like ‘The Marvelous Mrs. Maisel.’ Not only is she super funny but she also wears the most beautiful outfits. The ‘Jack Ryan’ series is really intense. I watched this during lockdown when I was in Australia with Erwan. It was our form of bonding while Dahlia was sleeping. We also enjoyed ‘The Boys,” which is a different take on superheroes. While it’s a bit darker, I love its storytelling and cinematography.”

As to the kind of genre that Filipino subscribers of Prime Video would like, Anne said: “Filipinos like watching something that helps them forget about their problems. They enjoy getting lost in a different world, whether it be drama or rom-com (romantic comedy). They like a good comedy show as much as they like their action series. These days, the market for documentaries is growing fast. This is what my husband specializes in—telling stories about Filipino culture. It’s great that we now have a platform to experience all these,” she said. INQ

Read Next
Weighing in on GMA Network’s triumphs and upcoming projects
EDITORS' PICK
How not to retire as an ex-president
Shop smarter with vivo’s big 12.12 holiday deals
Lawmakers eyeing more changes in Maharlika plan
House energy committee chair Arroyo bats for cheap electricity
The vivo Y02 is now available in the Philippines for only PHP 5,299
Hidilyn Diaz wins only gold missing from her collection
MOST READ
Jovit Baldivino, ‘Pilipinas Got Talent’ winner, dies at 29
LPA enters PAR, to likely strengthen into tropical depression in coming days – Pagasa
Andi Eigenmann, family in Manila for a quick visit; Ellie dines with grandma Jaclyn Jose
11 Filipino imports named to Japan B.League Asian All-Star team
Don't miss out on the latest news and information.