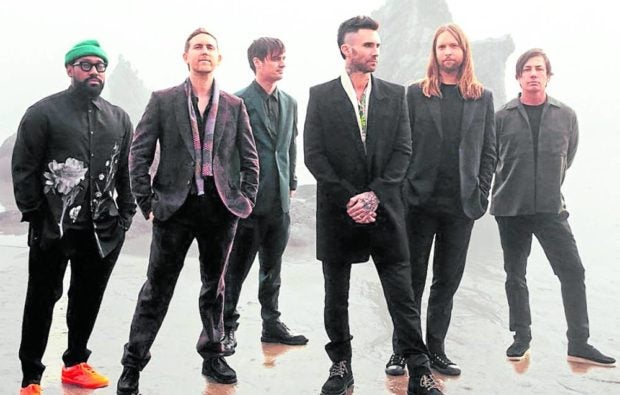 American pop-rock band Maroon 5 is set to hold its sixth concert in Manila on Dec. 8 at SM Mall of Asia Arena.

Mounted by Live Nation Philippines, the upcoming show is part of the Grammy-winning group’s 12th world series “2022 Tour” (also previously known as “2020” and “2021”). The Philippines is one of five countries included in the recently announced Asian leg, which will conclude the tour.

“We look forward to seeing you at the end of the year!” the band said in an Instagram post.

General public ticket-selling goes on sale on Aug. 6 at 10 a.m. via the SM Tickets website and outlets; call 8470-2222. Meanwhile, members of Live Nation Philippines will have a chance to purchase tickets earlier through an exclusive online window on Aug. 5 at 10 a.m. to 11:59 p.m. at www.livenation.ph.

The tour—which kicked off in Mexico City on Feb. 2020, in support of Maroon 5’s seventh album, “Jordi”—was postponed the following month because of the COVID-19 pandemic, before resuming in August 2021.

Led by Adam Levine, the group has dabbled in different musical styles with each album, like pop, rock, grunge, disco, electro-pop and funk. “Jordi,” meanwhile, had the band linking up with rock legend Stevie Nicks on the track “Remedy,” R&B singer HER, on “Convince Me Otherwise” and hip-hop star Megan Thee Stallion on “Memories,” which peaked at No. 2 on the Billboard Hot 100 chart.

As of 2021, Maroon 5—which rose to international fame in 2004 with the hit “This Love”—has reportedly played around 750 concerts in more than 30 countries, selling an estimated 7,500,000 tickets. The group also remains a streaming force, with seven of its singles amassing 1 billion streams on Spotify. INQ