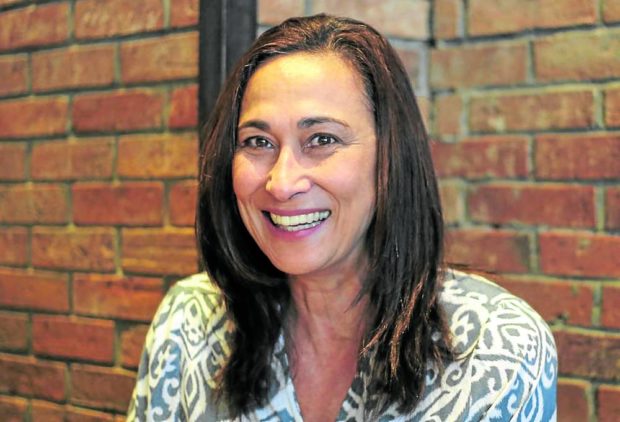 MANILA, Philippines — Looking back at her long, prolific career on film, television, and stage, one would find that Cherie Gil showed a talent that was far more diverse and complex than the villain roles that had become associated with her screen persona.

Gil died on Friday in New York City at the age of 59. Members of her family and her associates in show business confirmed her passing on social media, without providing other details.

The multi-awarded actress, however, recently posted on Facebook about her confinement at Memorial Sloan Kettering Cancer Center in Manhattan, where she reportedly received treatment for uterine cancer.

An earlier post in February, which had a picture of her with a bald, shaved head, told of her decision to leave the country to start a new life in New York.

Gil had a career that spanned almost half a century. She began as a child actor in the 1970s, playing bit roles in films starred by her mother Rosemarie Gil, such as the horror-fantasy “Cofradia” (1973) and the more adult-themed, Elwood Perez-helmed “Beerhouse” (1977).

She was 17 by the end of that decade, and it was her turn to play the lead in another sexy melodrama by Perez, “Problem Child” (1980), wherein she starred opposite Lloyd Samartino. That movie and others that she did with Regal Entertainment can be viewed on that studio’s YouTube account.

But it was Ishmael Bernal’s “Manila by Night,” also made that year, which became Gil’s breakthrough.

Bernal made that film as his friend Lino Brocka was turning out a succession of politically charged melodramas.

Yet it was “Manila” that provoked the ire of then first lady Imelda Marcos because of its portrayal of the city’s criminal underbelly.

Regal, the film’s producer, subsequently changed the title “Manila by Night” to “City After Dark” to appease Marcos. But this did not diminish the movie’s impact and the admiration for its outstanding performances.

In an ensemble led by Charito Solis and Bernardo Bernardo, among others, Gil stood out as “Kano,” a tomboy addict and small-time drug dealer who became a casualty of the martial law-era police by the movie’s end.

Gil said she always regarded that role with fondness when asked to look back to her work.

Only two years after “Manila,” Gil would appear in Peque Gallaga’s period drama “Oro, Plata, Mata’’ (1982), performing yet another complex role — as Trining Ojeda, a naive young woman of the Negros privileged class who would be transformed by the harsh circumstances of war.

Through those serious performances, she also showed her comedic range in the popular 1980s TV gag show “Champoy.”

Then came the 1985 melodrama that would cement her “kontrabida” image, no matter her efforts to deviate from it time and again for the rest of her career.

As the ambitious pop singer Lavinia Arguelles in Emmanuel Borlaza’s “Bituing Walang Ningning,” she delivered the haughty line — complemented by her splashing wine at Sharon Cuneta, her rival in the movie — which became iconic in Philippine cinema: “You’re nothing but a second-rate, trying-hard copycat!”

That scene, which Gil once claimed to have improvised, has become a favorite in the entertainment world through the decades. It would also often be parodied, even by the actress herself.

The Megastar flew to New York and was able to spend almost half a day with Gil in her last moments alive.

“The industry has lost one of the very best it has ever produced and I have lost a part of myself no one can ever replace …. I’m eternally grateful to Him for giving us the few hours we spend together, for the love and words yet again exchanged in person,” Cuneta said.

Gil had won major awards in her film work, including the Gawad Urian and Famas.

She was just as formidable on stage, emerging triumphant in her portrayals of opera legend Maria Callas in “Master Class” in 2008 and of fashion icon Diana Vreeland in “Full Gallop” in 2014.

Returning to the cinema late in her career, she won acclaim in international film festivals for her performances in Gallaga and Lore Reyes’ “Sonata” (2013) and Gabriel Fernandez’s “Mana” (2014), which reunited her with “Oro” star Fides Cuyugan-Asensio.

Gil, who was born Evangeline Rose Eigenmann on May 12, 1963, belongs to a family of actors, each of them distinguished in that profession.

Gil is survived by her three children — Raphael and Bianca Rogoff, with violinist Rony Rogoff; and Jeremiah David, with veteran actor-director Leo Martinez.

Read Next
Signing up with South Korean company a full-circle moment for 4th Impact
EDITORS' PICK
Bongbong Marcos to slain journalist’s kin: ‘We are ready to help’
Score lots of freebies and discounts on vivo 10.10. Sale
House energy committee chair Arroyo bats for cheap electricity
10,000 to less than 500: How people are driving the tamaraw to extinction
Marcos wants to accelerate efforts to build agricultural sector back
Smart awards ‘Subscribe & Get Lucky’ Raffle Promo winners
MOST READ
34 people killed in mass shooting at daycare center in Thailand
Marcos admin gets high approval ratings in Pulse Asia survey
Marcos Jr. wants next press secretary to be journalist or media practitioner
Bongbong Marcos reappoints Uy as DICT chief
Don't miss out on the latest news and information.