Max Eigenmann: I’m pro-abortion, but I didn’t do ‘12 Weeks’ because I wanted others to share the same views | Inquirer Entertainment
Close
menu
search

Max Eigenmann: I’m pro-abortion, but I didn’t do ‘12 Weeks’ because I wanted others to share the same views 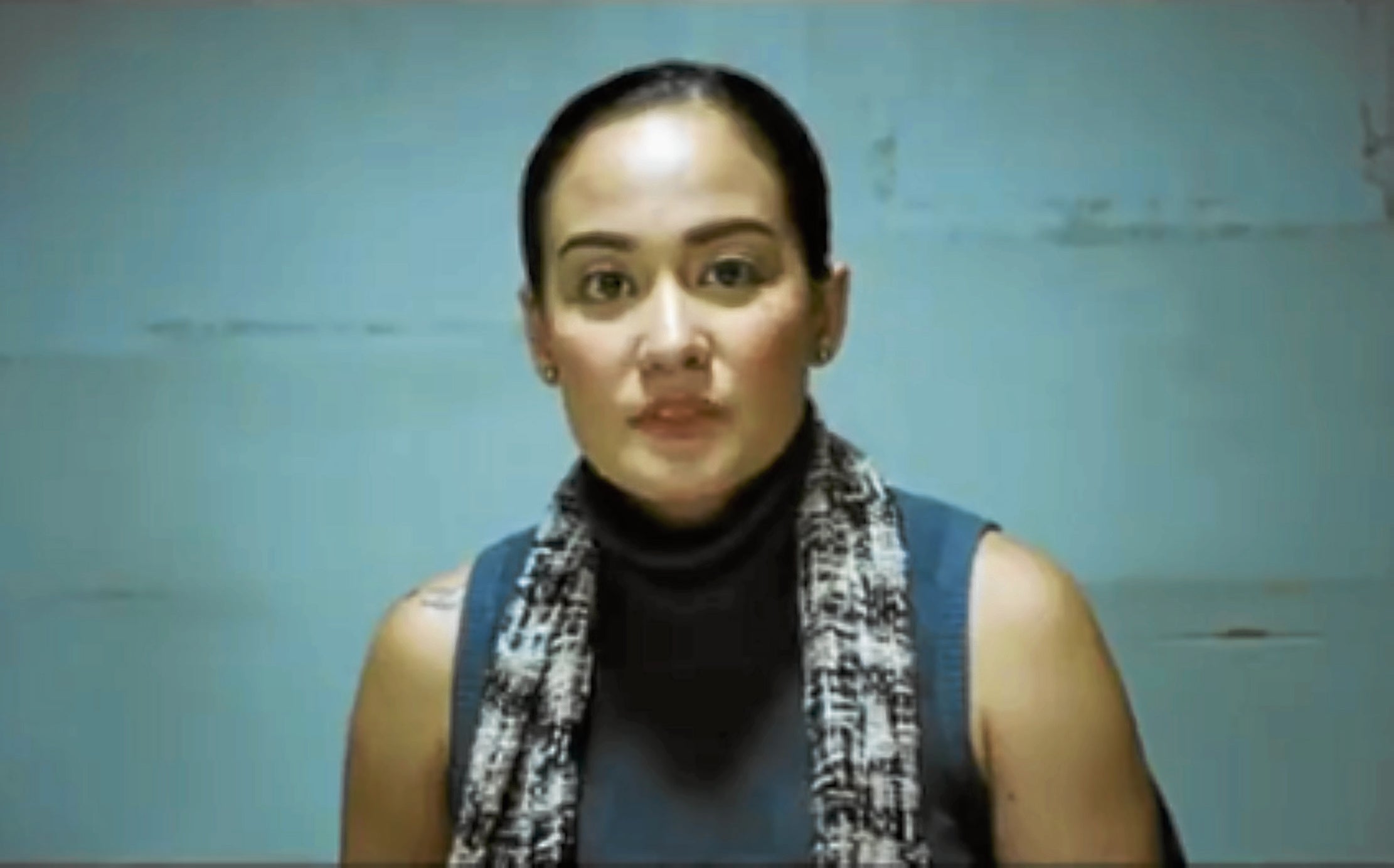 It is a reflection of our views, but it is in no way a propaganda film,” declared Max Eigenmann of the dramatic film “12 Weeks,” where she plays a single 40-year-old woman who discovers she is pregnant after breaking up with her boyfriend and must decide whether or not she wants to be a mother.

“I’m pro-abortion, but I didn’t decide to play Alice because I wanted other people to have the same views. It’s just for telling a story,” said Max of the movie by Anna Isabelle “Shine” Matutina. “I believe that the film was able to justify Alice’s decision in the end. For me, the decision is solely for the woman to make and no one else. I don’t think this particular topic has ever been discussed in local cinema. I think it’s going to be—it already is—an amazing and exciting two weeks.”

“12 Weeks” is an entry to the 18th Cinemalaya Philippine Independent Film Festival, which will run from Aug. 5 to 14.

Shine said she and Max never really talked about the fact that they share the same view on the issue until they were already shooting the film. “Max would take me on the side and share stories with me,” the director said. “It’s going to be very obvious that my views will be reflected in this film. This is very personal to me. In fact, a lot of the scenes are actually from my own memories. They are things that happened to me or I’ve actually witnessed.” 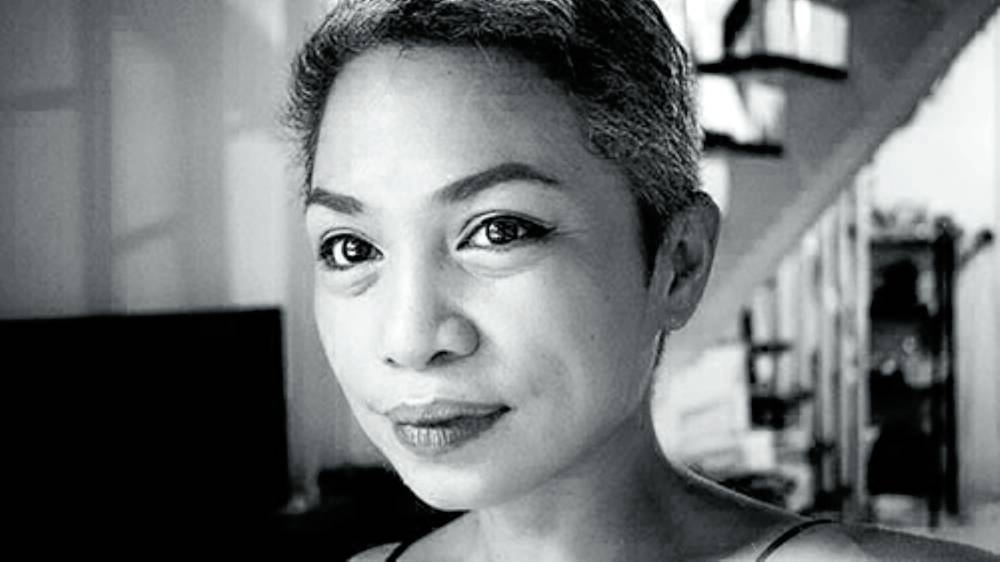 Not an advocacy film

Shine continued: “I’m not really Alice. I’ve never been pregnant, but it reflects my view in terms of my thought process as I got older. I’m going to say it now—I’m pro-abortion, too, but the film is not entirely just about it. It will also tackle my point of view on politics, on being a woman, and on motherhood.”

While Shine said she was aware that abortion is “a polarizing topic,” she tried to make the film “as nuanced as possible … I don’t want to say that it’s an advocacy film because it’s not, and neither is it propaganda.”

Shine has been producing, writing, directing and editing her own short films since 2004. She currently works as a director and editor for the documentary program “I-Witness” for which she has won multiple awards, including the prestigious George Foster Peabody Award in 2009 and a nomination for the International Emmy Awards in 2013. “12 Weeks” is her first full-length film.

Max got to work with her own mom, Bing Pimentel, in this film, something that she found extremely advantageous, she said. “My own mom became my ‘peg’ for Alice. Her personality is a lot more like my mom’s than mine. I’m such an empath. I’m very emotional and am not afraid to show my feelings. Alice, on the other hand, keeps everything inside her. I actually think that’s the most challenging part about playing Alice. With my mom, everything is internal. While I was growing up, whenever my mom and I would disagree, she showed no feelings. She’s just stone-faced, so I had a clear example of who I wanted Alice to be. Actually, Alice is a mixture of my mom and a friend, who I’d rather not identify.”

Max said the biggest advantage of working with Bing was that there was immediate rapport. “This is my fourth film with her and the third time I played her daughter. We played the same person in the other film. Those three films broke the ice between us in terms of being colleagues,” she began. “Of course, there’s that pressure because you want your parents to be proud of you for the job you do. I get nervous when I’m doing scenes with her—not because I didn’t memorize my lines or I wasn’t ready for the scene—because she’s been in the industry far longer than I have.”

There’s also the factor that she would get “babied” by her mom no matter how old she gets, said Max. “For example, she would say, ‘Ano ba ‘yan? Your bra straps are showing! Hide them!’ or during outtake, she would try to fix my hair,” Max recalled. “What’s nice is that my relationship with Mommy actually flourished in my adult life. We weren’t like this when I was younger. ‘12 Weeks’ is special to me for many factors, one of which is being able to do a film with my mom at a time when our relationship is already very peaceful.”

When asked to discuss the kind of woman Alice is and her facets that Max can very well relate to, the actress grew teary-eyed and said: “Alice knows what she wants and knows how to get it. She is at a point in her life wherein everything is just the way she had planned it. When she finds out she’s pregnant, this makes her second guess. I can relate to Alice in that sense, except that this happened to me when I was 17. Even as a teenager, my mindset was exactly the same as Alice’s. I was so sure of myself, of what I wanted, before I found out I was pregnant.”

“I was working in Thailand as a model. I felt very independent. I felt that I’ve already achieved my dream life. The film is also a coming-of-age story for Alice, but in her 40s. She experiences a life-changing thing and, therefore, is forced to reevaluate herself, especially since she has just come out of a toxic relationship. I can relate to that,” said Max.

What does Max want the audience to learn from her character? “That there’s no support quite like what you get from your own mother. I know that sounds cliché, but that’s what I learned from playing the character. Like her, I’ve shunned my mom’s support in many endeavors—recalling this is actually making me cry.”