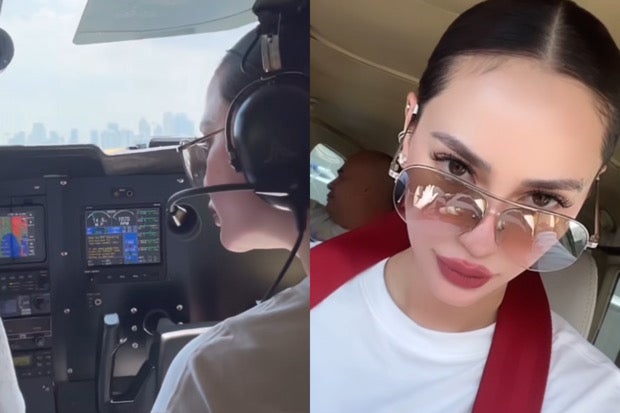 Arci Muñoz has taken her first step in becoming a pilot as she got to try maneuvering a plane on her first day in aviation school.

The actress gave a glimpse of day one of her “pilot journey” through a video on her Instagram page yesterday, July 16. Muñoz can be seen having a simulation training at first then eventually riding an actual plane with her instructor. The phrase “first day in achieving my pilot dreams” is pinned on the video.

“Be a woman who [rises] above the ground breaking norms. [Reach] for [your dreams] and be whoever you wanna be [because the] sky is [the] limit!!” she said. “Feeling enthusiastic about my [pilot] journey!”

Muñoz also mentioned and thanked Topflite Academy, the aviation school where the actress takes her course.

Meanwhile, Muñoz has been busy with several appearances and projects in the United States recently. These include making her Hollywood red carpet debut, landing the cover of a Los Angeles-based fashion and beauty magazine, walking the runway at Los Angeles Fashion Week, and attending an Oscars viewing party in Hollywood.