‘Promdi’ and proud of it 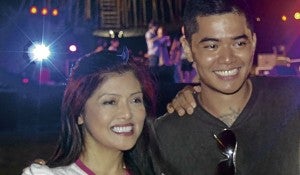 “I’d like it light and happy. After ‘Pintakasi’ and the Lam-Ang project na puro bakbakan, I want something totally different. We’re still raising money for that and a lot of other projects.” Marcos is president of Creative Media Society of the Philippines or CreaM.

“We are [currently] working on a science-fiction graphic novel with an extraterrestrial Lam-Ang,” Marcos told the Inquirer. The project, “Lam-Ang Revisited,” is based on the Ilocano epic poem “Biag ni Lam-Ang” (The Life of Lam-Ang) and will have three volumes.

A film version of the original epic is being shot in Vigan, Ilocos Sur, by another group, Saridandan Films. The project, directed by Ana Agabin, stars Rocco Nacino.

Marcos was asked to coproduce, but she declined. “They’re already pretty far into preproduction,” she explained. “And it’s a very classic, historical rendition. I’m inclined to do something that young audiences can relate to. It’s not easy to sell Pedro Bucaneg (acknowledged author of “Biag”) to kids. But the project is backed by award-winning writers. This should be interesting.”

“Biag ni Lam-Ang” is believed to be a composite work of various poets first transcribed around 1640 by Bucaneg, a blind Ilokano bard.

Marcos has been actively promoting arts in the region. In July 2011, she launched “Looking for Johnny Moon,” the first digital arts festival in her province. The title is a playful reference to the legendary Ilocano painter and political activist Juan Luna.

“For me, Luna is the first global Pinoy,” Marcos said. “He was the first Filipino whose works were exhibited in the Louvre Museum in France, and he won all kinds of awards—from San Francisco in the United States to Madrid in Spain.”

She reported that the festival was well received, especially by graphic artists, photographers, filmmakers, game developers and animators. “Right now, the exposure of the probinsyano to animation, film and games is very minimal,” Marcos noted. “I believe the more important stories really come from the promdis.”

The governor said her arts advocacy still focuses on promoting original content. “We need to hear the northern Luzon side of the story. How can we, if we don’t have the technology and exposure to all available platforms?”

She added that, unlike the country’s Asian neighbors, where first-class equipment is already used in animation, “what Pinoys have are garage studios.” Government support is important, she insisted. “As they always say, there’s no art without patronage.”

During the Johnny Moon event, Marcos recounted, she discovered the Ilocano action-comedy video “Battle Twigs and Stones” which has been receiving positive notice on YouTube since it was posted in May 2011. Produced by Shotpoof, the video shows men in battle using tree branches as guns.

“My work enables me to meet a lot of talented people,” Marcos said. She mentioned her collaboration with renowned artist and designer Leeroy New, who created the art installation “The Galleon,” the main attraction at the recent “Himala sa Buhangin” music and arts fest here.

The art installation was made entirely of bamboo. “We made it a point to use all-natural materials,” New said. “My team and I asked the help of local fishermen for the construction. The governor said this project was for regional development. She wants people to have another reason to visit the place.” New, 26, said Marcos gave him full artistic freedom.

New, was born to and raised by Filipino-Chinese parents in General Santos City. He is a visual arts graduate of the Philippine High School for the Arts and the University of the Philippines. In 2011, he was commissioned to create the “muscle dress” for American pop star Lady Gaga, which the singer wore during the promotion of her “Born This Way” album in 2011.

Read Next
Contrary views on the TV news
EDITORS' PICK
Leveling up your ‘lutong bahay’ with the kitchen companion you never knew you needed
SM prepares for ‘safe malling’
Notice of 2020 regular meeting of stockholders June 18, 2020
LIST: What to expect in areas under GCQ, MGCQ
Drilon wants repeal of penal provisions in proposed Bayanihan extension law
DOTr bares 2 phases of public transport revival in GCQ areas
MOST READ
LIST: What to expect in areas under GCQ, MGCQ
Hong Kong loses US ‘special status’ — what next?
Duterte approves Metro Manila’s shift to GCQ starting June 1
Bocaue Mayor Joni Villanueva passes away, Sen. Villanueva confirms
Don't miss out on the latest news and information.