‘Hits to the Head’: A series of snapshots of Franz Ferdinand’s evolution as an indie rock band | Inquirer Entertainment

‘Hits to the Head’: A series of snapshots of Franz Ferdinand’s evolution as an indie rock band 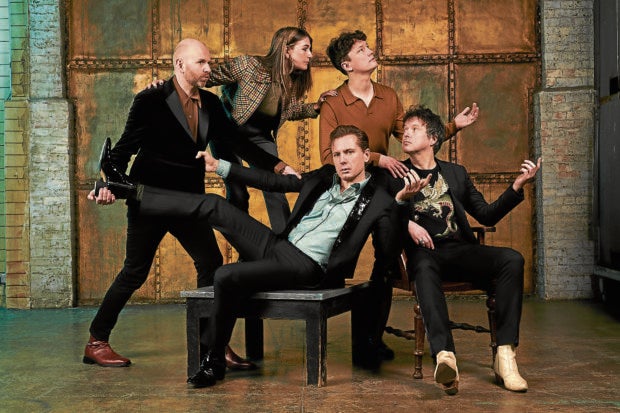 With 10 million albums sold, multiple awards and nominations, and more than 1.2 billion streams across various platforms, Franz Ferdinand is one of the most critically and commercially successful indie rock bands to come out of the United Kingdom in the past 20 years.

Back when he was a young aspiring music artist working his way through Glasgow’s underground scene, all Alex Kapranos wanted was to release a single in the 7-inch vinyl format. Now, his band has produced more than enough rock and dance-punk bangers to come up with a greatest hits compilation album.

Did he ever imagine that he would be where he is now in his career?

“Maybe … when I was fantasizing I did. But I didn’t know how I would ever be able to do it. Yeah, it’s an incredible position to be. I used to fantasize about being able to release a 7-inch single. So to be able to release a whole collection of them is truly something quite wonderful,” he told the Inquirer in a virtual interview for “Hits to the Head”—a 20-track compilation of Franz Ferdinand’s most memorable work.

The album features 18 fan favorites like “Take Me Out,” “Do You Want To” and “No You Girls,” as well as two new bonus tracks, “Curious” and “Billy Goodbye.”

But more than a celebration of hits, the album is, in a way, a series of snapshots of Franz Ferdinand’s evolution as a group, and the artistic choices they took—from their cool and postpunk eponymous debut album, the upbeat and stomping “You Could Have It So Much Better” and to the more burnished and dance-infused “Tonight,” “Right Thoughts, Right Words, Right Action” and “Always Ascending.”

“You see the different paths we took at different times. It’s why we decided to keep the album chronological as well. You will tend to find certain periods which will have certain styles, identities that will unify them, so it’s good to have them collected together in one album,” said Alex, the band’s lead vocalist and guitarist.

“It’s a journey, personally and artistically. There are a lot of personal memories associated with the album, the songs, and the times I wrote those songs. It’s an interesting journey to be on while listening to the songs,” Alex said.

Do you think your sound has stayed more or less the same through the years? The new track “Curious” reminds us of “Take Me Out.”

There are elements or sounds that give you your identity. And I think, as a band, it’s important to make sure you maintain that while searching for something new. There are parts of that song that aren’t in the songs in the first or second or third album. But there are also parts of it that make it immediately sound like Franz Ferdinand. The rhythm with which I sing the vocal is different from anything I have done. But guitar-playing is still very much my style.

What convinced you guys to dance in the “Curious” music video?

It kind of came from a conversation Bob and I were having. Here we are in a band that has always wanted to play some form of dance music. And yet, we don’t really dance in the videos. We never tried a piece of choreographed movement before. It felt like a challenge, something new. And that’s always exciting to do.

What was it like working with producer Stuart Price on the song, considering that he’s also known for his work with pop stars like Madonna and Dua Lipa?

I have an affinity with him because we both started in the underground, DIY scene. He was an underground electronic artist. But both of us somehow made it to the mainstream. 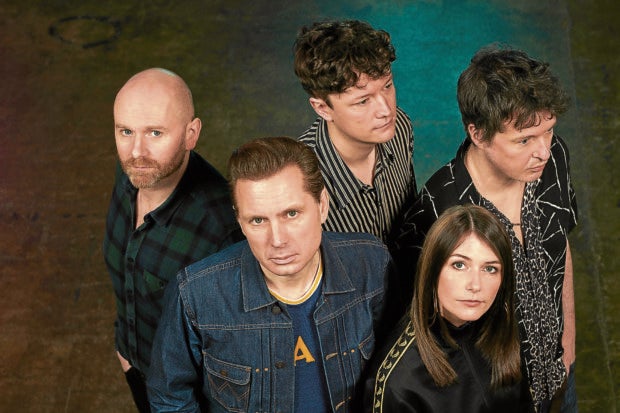 However, when you’re working with somebody, you don’t really think about that cultural context. At a given moment, you’re just thinking, ‘This is great, we’re doing a wonderful piece of music.’

Something I really respect about him is that we didn’t really discuss technicalities while working. As a good producer, performer or director would always do, Stuart focused on the emotional motivation of the music and how they should affect the listeners when they hear it. That’s very rewarding.

What was the curation process for “Hits to Head” like?

It was quite straightforward, really. Bob and I sat down and we’re like, ‘OK which songs would we play if we’re headlining a festival? Which are the songs that have universal appeal? What are the bangers? Which songs are going to get people up and moving straight away.’

Are you working on a new original album after this one?

We’re working on new songs at the moment. And the new songs that ended up in the compilation album are actually from the selection of songs we have already been writing and recording so yes.

What are your thoughts on the changes brought about by streaming and social media?

There are things I like about it. I like how easy it is to connect directly with your fans via social media. But what I don’t like about it is the expectation to give 24/7 continuous access to your life. I feel like it erases the element of mystique of musicians. One thing that made David Bowie appealing was that he was a mystery. But as a consumer it’s great to be able to stream new music instantly.

Do you have any plans of bringing your tour here in the Philippines?

I would love to come to the Philippines. If you know any promoters who can take us over, give us a shoutout! We’re currently on tour and it’s magnificent. I love it. And what a relief it is, after the difficult years we had, to be back out here performing again. It’s who we are and it’s what we do. It’s our identity. INQ