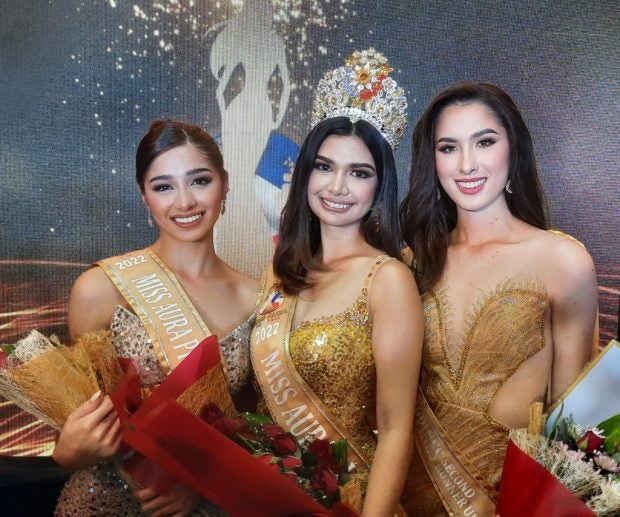 MANILA, Philippines — Reigning Miss Aura International Alexandra Faith Garcia has just crowned her Philippine successor, Micca Rosal, on whose shoulders rest the responsibility of securing a back-to-back victory for the Philippines in the global arena.

Rosal, a Batangueña pageant veteran, bested 18 other aspirants at the inaugural Miss Aura Philippines pageant held at St. Francis Shangri-la Place in Mandaluyong City on June 25. She was also Best in Tourism video and received the Miss Royale award.

She inherited the title from, Garcia, the first Filipino woman to participate in the Miss Aura International pageant, and eventually became the first winner from the Philippines in the competition staged in Turkey last year.

As the first representative from the country, Garcia was not able to experience being crowned by a predecessor. She earned the right to participate in the 16th Miss Aura International pageant when the national director for the Philippines, Katniss Griffiths, appointed her as Miss Aura Philippines. 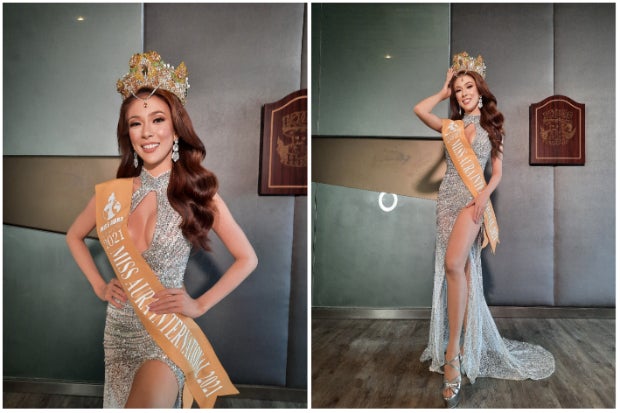 With Garcia’s triumphant run in Turkey, the national organization witnessed the hype she was able to generate for the title and saw the perfect opportunity to stage a national competition to choose the country’s next representative in the Miss Aura International tilt.

The new national pageant attracted formidable aspirants who do not seem frightened at the prospect of taking on the insurmountable task of giving the Philippines two consecutive wins in an international pageant the country has just recently participated in.

And with an outstanding roster of contestants, the Miss Aura Philippines was able to produce an exceptional set of winners.

The Miss Aura Philippines pageant, Griffiths said in a remote video, adopted the global contest’s thrust of looking for ladies who possess the four Bs — beauty, body, brains and behavior.

Rosal is expected to leave for Turkey later this year in her attempt to snag Garcia’s international crown.

Lawingan and Dickinson will also be sent to their respective global competitions. The national organization announced the acquisition of two more franchises, but declined to identify which international contests those are. JB