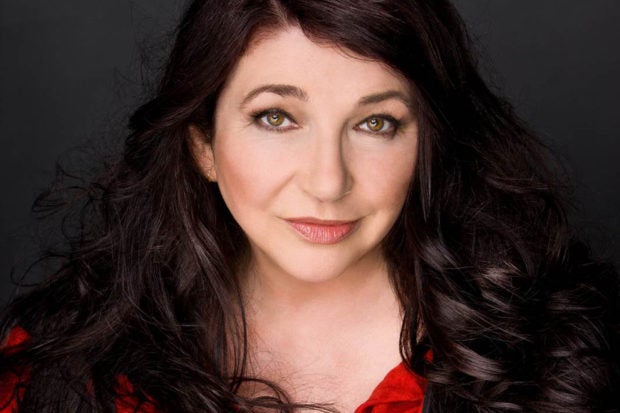 An undated handout picture released by the Fish People record label on March 21, 2014, shows British musician Kate Bush posing at an undisclosed location. Kate Bush, in a rare interview broadcast on June 22, 2022, has disarmingly described her return to the top of the music charts as “quite shocking” after Netflix drama “Stranger Things” wowed a new generation of fans. Image: Fish People/Trevor Leighton via AFP

Kate Bush, in a rare interview, has described her return to the top of the music charts as “quite shocking” after Netflix drama “Stranger Things” wowed a new generation of fans.

The much-loved British singer-songwriter also dwelt on her lockdown experience of binge-watching and gardening, and revealed that she prefers an old-style phone when out and about.

Bush’s classic song “Running Up That Hill (A Deal with God)” has surged to No. 1 in Britain and elsewhere after featuring prominently, and movingly, in the fourth series of the sci-fi Netflix series set in the 1980s.

“It’s such a great series, I thought that the track would get some attention,” she told BBC radio in the interview, which was recorded Tuesday and broadcast Wednesday.

“But I just never imagined that it would be anything like this. It’s so exciting. But it’s quite shocking really, isn’t it? I mean, the whole world’s gone mad.”

The 1985 song now holds the record for longest time taken for a single to reach No. 1, while Bush boasts the longest-ever gap between chart-toppers—44 years after “Wuthering Heights” first revealed her astonishing talents to the world.

And at 63, Bush has also become the oldest female artist ever to score a No. 1 hit in the UK.

“There was some great music in the ’80s, but I think it’s an incredibly exciting time we’re in now,” she said.

“I mean, okay, so it’s an awful time on a lot of levels for people. Very difficult. But it’s also a time when incredible things are happening.”

Bush has largely spent recent decades out of the public eye, but performed a 22-night residency in London in 2014, with tickets selling out in 15 minutes.

“Gardening is my thing now,” she told the BBC, without going into whether she is working on any new music.

Bush’s last studio album was “50 Words for Snow” (2011), which featured aural trickery of the kind she pioneered in the ’80s with the Fairlight digital synthesizer used on her 1985 masterpiece, “Hounds of Love.”

“Running Up That Hill,” the lead single from “Hounds of Love,” has become the most-streamed song on Spotify in the United States, the UK and globally.

But Bush herself doesn’t have a smartphone.

“I have a really ancient phone. But I like that because I spend a lot of time on my laptop,” she said.

“And when I go out during the day, it means I don’t have to deal with emails and everyone knows that. So I just get texts and calls on my phone, and it means that I have a bit of peace.” AP