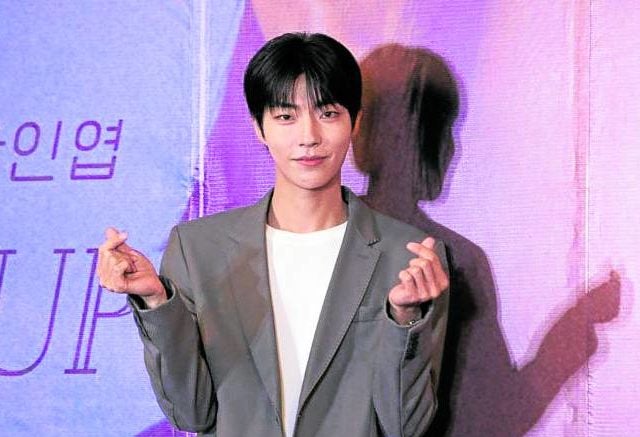 Having lived in Davao City for four years, Hwang In-youp said the Philippines will always hold a special place in his heart. And in his first trip to the country in 10 years, the South Korean actor couldn’t help but feel grateful for the “great love” his Filipino fans have shown him.

“I wasn’t expecting this kind of love. I’m thankful for this great love I have been receiving from the Philippines, which is especially close to my heart because this is a country I have lived in,” he said at a press conference for the first Philippine fanmeet event on June 19 at New Frontier Theater. “I find this love fascinating and I’m thankful for it.”

The 31-year-old star arrived in the Philippines on Saturday night and was welcomed at the airport by devoted fans. “I’m very happy to be back in a country I love. I arrived around 10:30 p.m. and I was surprised to see fans waiting for me to see me. I’m very excited to be back, do things and see my fans,” he said.

Davao as a special place

Despite his newfound fame, Hwang still keeps in touch with the Filipino friends he made during his stay here.

“I did live in Davao for four years. It has been 10 years since I saw my friends but I still keep in touch with them. Some of them are now professors, and some of them are now living and working abroad,” he said. “I love Manila but Davao has a special place in my heart because I lived there.”

The things Hwang missed most about the Philippines are the weather and food. “The Philippines is quite hot but I actually really like this kind of weather. I find it drier here [than in Korea] and it’s quite pleasant when you’re under the shade,” said the model-turned-actor, who used to frequent Jollibee and Chowking when he was a student. 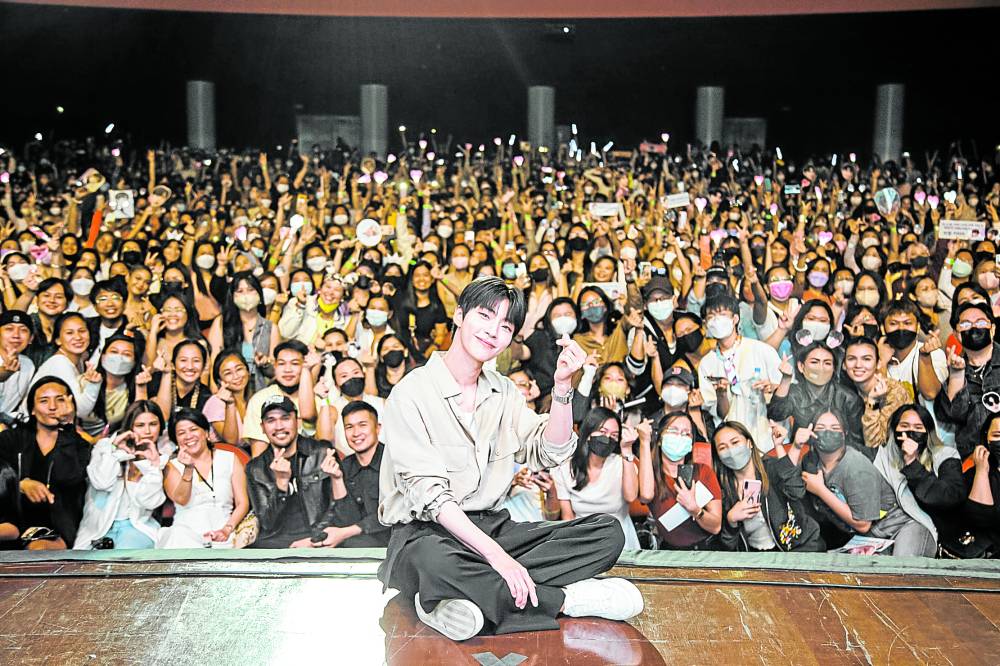 “I also had an English tutor who made me a mango float. Philippine pineapples are also very delicious. And when my friends found out that I was going to the Philippines, they asked me to bring them some dried mangoes. I also liked kwek-kwek, which I used to eat on the street.”

The recent fanmeet was mounted by concert and events producer Wilbros Live in collaboration with cosmetics brand Bys, whose products Hwang endorses. Asked about his skincare secret, Hwang cited two things: sunscreen and lip balm. “As a kid, every time I step out, my parents put sunscreen on me. That has become a habit I maintain to this day, especially if I have an outdoor shoot. I also put on a hydrating mask,” he related.

“When I take a shower at night, I always make sure to finish with a cold wash on my face. And lip balm is essential—I put on a lot of it because we have four seasons in Korea. Here where it’s hot and humid, you probably wouldn’t need as much,” he said.

And what does he do to unwind? “At night, I go in the car, put some music on and drive around alone,” he related.

But aside from physical health and appearance, the mental and emotional well-being are just as important to maintain. 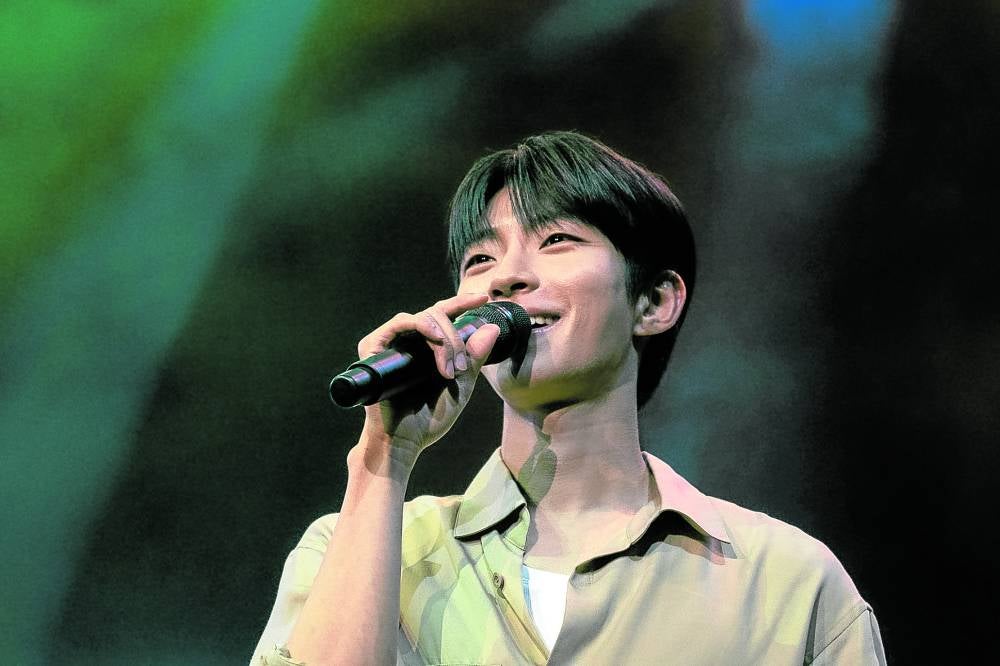 “As we live life, we get to a point where you become critical of yourself and maybe even hate yourself. But I think it’s really important to switch that paradigm to loving yourself, because it’s only through loving yourself that you will be able to go to the next step, which is loving others. And I think that’s my philosophy on being myself,” he said.

Hwang entered the Korean entertainment industry as a runway model in 2017, before venturing to acting the following year. He played supporting roles in the series “The Tale of Nokdu” (2019) and “18 Again” (2020), before landing a breakthrough lead role in “True Beauty,” where he played a popular student, who, despite his tough looks, is actually kind and loving on the inside.

He’s also part of the ongoing legal drama “Why Her?” and the Netflix musical drama “The Sound of Magic.” While he’s looking forward to doing more acting projects in the future, there’s not one specific character he’s raring to play. His focus, Hwang said, is proving his mettle as an actor.

“It hasn’t been long since I debuted, so right now the focus isn’t so much on the kind of role I want to portray, but the genres that I want to explore. That’s how it has always been—it’s about me wanting to show you my skills as a talented actor,” he said. “That has to come first. That’s my focus more than anything.”

While the COVID-19 pandemic continues to persist, the world has been slowly opening up. And Hwang can’t wait for the day he can finally spend time with his Filipino supporters in Korea. “I have long been waiting for the day my fans can come over to Korea and spend time over there,” he said.