‘Go lang nang go’: Kirst Viray willing to do whatever it takes to fulfill his dreams | Inquirer Entertainment

‘Go lang nang go’: Kirst Viray willing to do whatever it takes to fulfill his dreams 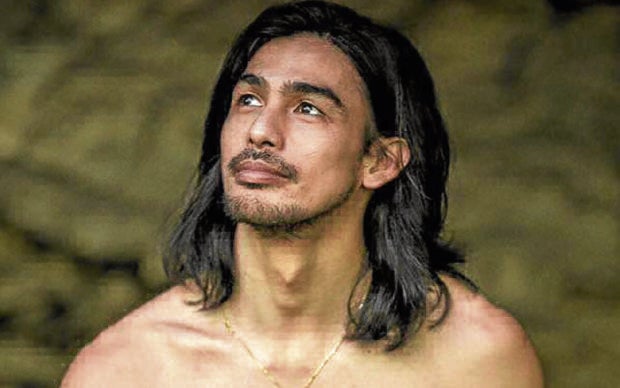 Though he was unable to devote enough time to acting in the past two years, model-actor Kirst Viray is now determined to make up for lost time and fulfill his show biz dreams—even if it meant accepting roles that require him to cut his signature long hair, or show some skin.

“Actually, my hair is a topic I had already brought up to my management long ago. But I think they like the long hair better on me because it creates a more memorable impression on television. Mas madali nila akong matatandaan. And when a long-haired actor is needed, I’m one of the first actors they look for,” he said in a video conference for his recent contract signing with Sparkle GMA Artist Center.

“But whatever look they want me to have, I will be open to it,” added Kirst, who has appeared in television commercials, print ads and magazines. He has also walked in various fashion shows both here and abroad.

Will he be willing to keep pace with other Kapuso hunks when it comes to showing off his body? “Handang-handa po ako. That’s why I take care of my body and make sure I’m physically fit. There are many new talents coming in here in the industry. You have to be ready, always. You can’t neglect your physique,” he said.

Starring in a boys’ love or BL series is something he won’t turn down either. “As long as it has my management’s approval… as long as it’s work— or part of work—go lang ako,” he said.

Kirst plays the young version of Joey Marquez’s character in the primetime series, “Bolera.” And while awaiting his next teleserye, he busies himself with guest appearances in shows like “Magpakailanman” and “Wish Ko Lang.” “I also continue to take workshops, so that I’m always ready for whatever role is given to me.”

While his goal is to become an effective character actor, Kirst wouldn’t pass up doing leading man roles, especially if he gets paired with Sanya Lopez. “I would like to work with Sanya. I really find her beautiful,” he said. “I want to do more heavy, character roles. But if given the chance to do lead, I will take it, of course. Everyone dreams of that.”

Needless to say, love life isn’t on top of his bucket list at the moment. “I want to prioritize acting because the past two years, I focused on my business [a restaurant that specializes in Pangasinan dishes]. So I’m grateful for this new chance,” said Kirst, who cited work ethic, professionalism and pakikisama as key ingredients to success.

Kirst, who’s also a registered nurse, admitted that he’s a bit of a late-bloomer in the biz. But there’s really no right time, he said, to start chasing your dreams. “I used to work as a nurse… For a time, my mom and I weren’t OK, because she wanted me to continue working as a nurse,” he related.

“However, I felt that I really wanted to be an actor and do modeling. It was something I fought for for years until they eventually accepted it and became happy for what I was able to do,” he said. “There’s no such thing as being late. Go lang nang go. If you want something, fight for it. And now I’m even more motivated to continue doing what I love.” INQ

Read Next
Crazy Jhenny, June 15, 2022
EDITORS' PICK
House energy committee chair Arroyo bats for cheap electricity
Karding damage to infrastructure at P23M
Bongbong Marcos says PH ‘open for business’ with new Clark Airport terminal
Individuals affected by ‘Karding’ now over 157,000
Reignite your passion with the vivo Y35
Newbie gamers are in for a treat with the power-packed feature of vivo Y16
MOST READ
Angelica Panganiban ‘duguan, sugatang mom’ one week into breastfeeding
LPA enters PAR, may develop into tropical depression
Badoy not with Office of the President, NTF-Elcac, under Marcos admin — solon
Charges readied vs gov’t guard with P290-M deposits
Don't miss out on the latest news and information.