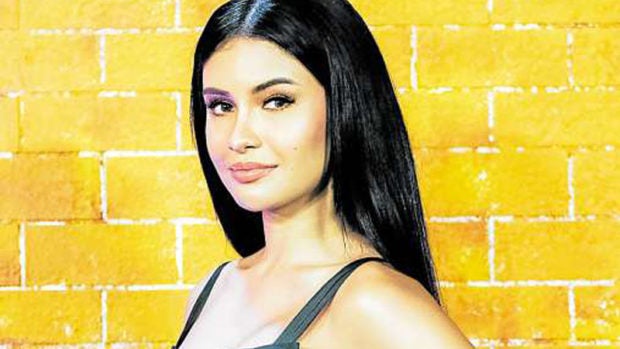 After competing and representing the Philippines in the Miss Universe 2020 pageant Rabiya Mateo could have either relocated to the United States to work as a physical therapist, or take a full scholarship offer to a medical school.

But she opted to take the more “practical” route—show biz. “I really wanted to earn and to pursue a career in acting,” she said in a virtual conference for Sparkle GMA Artist Center’s recent contract signing event, “Signed for Stardom.”

Even before her stint in Miss Universe, where she was a semifinalist, Rabiya and her management were already in talks with GMA 7 about the possibility of joining the network’s roster of talents. And it was no less than executive Annette Gozon-Valdes who saw potential in her.

“During a dinner with her, she asked me if I had a background in acting. I said no. But I did declamation back when I was in high school and college. I didn’t know if that counted,” Rabiya said. “But things eventually went full circle … I grew up watching GMA 7 shows such as ‘Mulawin’ and ‘Encantadia.’ And now it’s my time to be seen on television through their shows.”

The 25-year-old beauty queen couldn’t be more thankful for all the blessings that helped her change her life’s course. “My life was very different three years ago. I came from nothing. I’m happy about where the Lord has taken me, so I won’t waste opportunities given to me,” she said.

After only two years in the entertainment industry, she has already managed to buy a house and lot for her single mother. She has also invested in two business ventures. “I feel proud … Every day I wake up and thank God for giving me energy to do good things for my mother,” she said. “Soon, I will also be able to give her a new car.”

“As a single mother, she has sacrificed a lot of things. She lost many opportunities and had to give up her dreams so I could fulfill mine. Now that I’m 25, this is my time to give back to her, because she deserves all the good things in this world,” she added.

Since joining the Kapuso network in November last year Rabiya has had the chance to try drama in the “Magkaibigan” episode of “Wish Ko Lang,” horror in the “Gabi ng Labim IX” episode of “Kapuso Mo Jessica Soho” and action in the weekly series “Agimat ng Agila.” She has also tried hosting the show biz segment of the evening newscast “24 Oras.”

“I signed only around November but already, I have tried different genres like horror, drama and action. I also got to do hosting,” she related. “I’m so lucky because I’m not being put in just one spot. I’m allowed to try various things to see what works. And so I’m looking forward to doing different kinds of acting projects. I love being challenged and being able to grow.”

Aside from a potential afternoon series, Rabiya will also cohost the upcoming variety show “TiktoClock” together with Pokwang and Kuya Kim Atienza. “It’s a variety show that features talented Filipinos who sing and dance. .. I’m excited because I get to share the stage with different personalities, like Kuya Kim who’s an intellectual person, and Pokwang who’s extremely funny. And then there’s me in the middle,” she said, laughing.

“I’m happy because I feel like this show will allow me to finally showcase my real personality. It’s just me, Rabiya— not a pageant contestant,” she pointed out.

Rabiya is currently in a romantic relationship with fellow Kapuso talent Jeric Gonzales. What has she learned from her boyfriend in terms of navigating show biz?

“Work ethic is important and you always have to respect the people around you. What I have seen from Jeric is that he treats everyone with the same respect, from the director to the staff. It’s not just about how good you are, but what kind of person you are on- and off cam,” she said. INQ