Only ‘for the meantime’: Michael V agrees to direct his sitcom ‘Pepito Manaloto’ 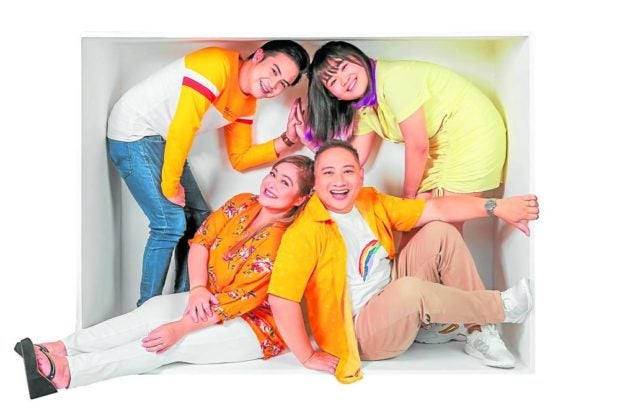 As the long-running GMA 7 sitcom “Pepito Manaloto” resumes its regular season, lead star Michael V and the rest of the cast will have to get used to being on set without the familiar and reassuring presence of Bert de Leon.

The seasoned television director, who directed the said program for almost 11 years, died last November 2021. The cause of death wasn’t specified by the family, but prior reports state that De Leon underwent angioplasty last July, and then had COVID-19 three months later.

Some cast members are still struggling to come to terms with De Leon’s death, and the thought of searching for a replacement feels a little premature. And so it was decided that Michael V would temporarily take charge of the directorial duties.

“It’s hard but you don’t really have a choice. We still can’t imagine replacing him. We can’t accept it … the thought of finding a new director, someone who will fill his role. Instead of looking for a new director, I’m doing it for the meantime,” Michael V related in a recent virtual conference for “Pepito Manaloto’s” Book 3 titled, “Tuloy ang Kwento,” which premiered last June 11.

“Since Direk Bert and I were together since the conceptualization of the show, I think I know more or less what the characters have to go through and where the story should be headed,” he said.

Helping Michael V are assistant directors-writers Mark David and Armin Collado, who were personally trained by De Leon. “I’m just the ‘designated’ director. But I’m not the only one working. There’s Armin and Mark who support me. There are times when I would forget to shoot certain scenes, and they’re there to remind me. Even the cast gives me a nudge if I forget something,” he said.

The workload as the show’s actor, director and creative director can be overwhelming, Michael V admitted. “Back then I was also the head writer. I couldn’t really take breaks because I have to revise scripts. And I have since accepted that I can’t do them all… So now I just focus on two things—being an actor and something else. And this time, that’s being a director,” he said.

“Back then I get to chat with my coactors in our rooms, or chat with the rest of the cast during break time. But now I have to take care of the shots, study the next sequences, and deal with the problems that arise,” he said. “But I won’t be doing this long term; I will eventually pass it on to someone else.”

Whenever he’s having a tough time, Michael V draws inspiration from De Leon and the memories of their time together.

“What I would always remember is where everyone would be seated when we eat as a group… I still feel the absence of a person I have loved from the start,” he said. “But it’s him who also gives us strength to continue our work. I feel like he’s there helping me, whispering to me what to do.”

Because of the COVID-19 pandemic, the team behind “Pepito” had to make some changes and come up with new ways to churn out material despite the lockdowns and restrictions. They cut short the show’s “Kuwento-Kuwento” season last year, and decided to create a prequel titled, “Unang Kwento.” It was set in the 1980s and revolved around the teenage years of Pepito (Michael V) and Elsa (Manilyn Reynes).

For its new season,“Tuloy ang Kwento,” the show returns to the present day and continues to tell stories that depict the everyday lives of Filipinos—from humorous realities to serious challenges and issues. It will also be livestreamed on GMA 7’s comedy YouTube page YouLOL.

“We’re more or less the same age group in the team, so our experiences have similarities,” he said. “Our stories come from observations and personal experiences. It’s a group effort.” INQ