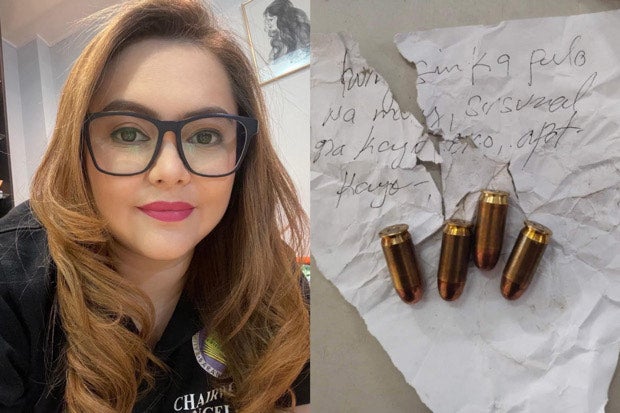 Angelika Dela Cruz, barangay captain of Longos, Malabon, expressed her dismay over Philippine politics after she received a death threat that came with four gun bullets.

The actress-politician showed a photo of the torn letter warning her through her Facebook page yesterday, June 7.

(Philippine politics is really messy. This letter along with the bullets was sent to our barangay XO, which says that four people will be next and that an unknown individual is roaming around our house. Whoever you are, this is too much.)

It is not immediately known if Dela Cruz will take actions over the death threat as she did not give further details on her post. She then received messages of support from netizens who are hoping for her safety, via the comments section.

Dela Cruz got into politics back in 2013 when she won her bid for the chairmanship of barangay Longos. The actress ran again in 2018 and won the post for the second time.  /ra