Pete and Boots, way back when | Inquirer Entertainment

Pete and Boots, way back when 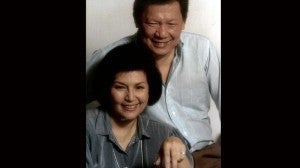 ON occasion, some people ask me why Boots Anson-Roa and I have become such good friends and colleagues. Well, she was one of my students at UP, way back when.

But, Boots turned out to be one of my most durable friends, because even after UP, I continued to mentor her as her director in many productions—“The Owl and The Pussycat,” “Himala” (“The Miracle Worker” in Filipino), “Padre Pio,” “Pope John Paul II,” the Padre Pio TV docu, etc.

A major factor in the strong and productive nature of my relationship is the fact that Boots’ late husband, Pete Roa, was one of the seminal influences in my career.

For one thing, he was the executive producer of “Two for the Road,” which I scripted and directed at ABS-CBN.

He was also Boots’ costar in “The Owl and The Pussycat,” which made it possible for her to engage in kissing and bed scenes (!) that she would never have done with any other leading man, to the theater audience’s surprise and delight. (I still pat myself on the back for that inspired stroke of casting “genius.”)

Later, I turned the tables on Pete by tapping him to be one of the cohosts of the pioneering magazine show “Sanlinggo,” that I wrote and directed for PTV4. Incidentally, that show was quite a memorable production, because its other hosts were Rosemarie Gil, and the late Bey Vito and Gigi Lacson—a formidable quartet all around!

And, for the cherry on top of the icing on that already yummy cake, it was produced by the acclaimed Leo Rialp, and Jaime Lim before he became a department  head at the National Theater in London.

At ABS-CBN, Pete got me to write and direct other shows, like “The Chit Hechanova Hour.” Along with Behn, Edmund and George Sison, he joined us as regular (meaning, almost nightly) groupie of the iconic Elvira Manahan, as she unwound after every week-nightly “TFTR” telecast (program cohosts, Joey Lardizabal and then Eddie Mercado, simply couldn’t keep up with her night-owl hours).

We were ELM’s devoted acolytes, one and all, and joined her in her nocturnal “surveys” of what Manila’s night scene had to offer—the more outré, the better—and learned a lot of valuable “group lessons” in the process.

For one thing, I realized what a great and loyal friend Pete was—not just to me, but also to the many beneficiaries of his amazing kindness and generosity, and how important it was for him to discover and support really gifted talents—especially when they were down on their luck.

A memorable case in point was the night when Pete popped up unexpectedly and dragged me to an unknown destination, which turned out to be a really small hole-in-the-wall music lounge on M.H. del Pilar.

What were we there for? To listen to former jazz queen, Annie Brazil, at a low point in her career. She was accompanied only by a guitarist, but her performance was so fine and pure that I understood why Pete had remained her fan, despite her already having been forgotten by many of her former admirers.

I became an instant fan of Annie, too—and that night, I hatched a plan with Pete to help the former jazz queen make a comeback: I wrote about her, directed my readers to that little club on M.H. del Pilar, and Annie proceeded to again impress people with her great gift and artistry. —And all because Pete had remained steadfast in his admiration of and support for her great talent, even if the rest of the music world had passed her by.

For this and many other reasons, when Boots asked me to become a trustee of PRIME, the foundation she and her children put up in Pete’s memory, I agreed—with alacrity.

Pete Roa may no longer be with us, but his many “missions,” and the need to keep upholding them, live on!